You are here: Home / College Rankings / Top 10 Most Dominating Sports Schools in the Country

Nearly every university brings a few sports teams to the table, but not all of them go home as a household name. There’s no denying that attending one of these top universities puts some extra school spirit in your step. College sporting events make all the exams and lectures worth it—nothing beats cheering at the top of your lungs or singing your school’s alma mater with your peers. These universities not only cultivate incredible athletes, but amazing students. When deciding which school to attend, if you care about sports then you’ll need to consider these universities.

Read on for great athletic competition and sports traditions at these 10 universities with the best sports.

As a basketball fan, I’m sure you watched the Cavaliers dominate in the 2019 March Madness tournament. On the east coast, UVA’s team—led by head coach Tony Bennett—competes in the Atlantic Coast Conference, and the men’s basketball team has won the ACC Championship three times. Not only does UVA succeed in collegiate basketball, their sports teams won a total of 27 national championships. UVA’s 13 men’s and 14 women’s sports teams won a combined 27 national titles.

The Cavalier’s baseball team fared well over the years and in 2015 won their first national title as NCAA champions. Famous major league baseball player Ryan Zimmerman graduated from UVA and now plays for the Washington Nationals. Also known as the Wahoo’s, The Cavaliers were founded in 1918 by Thomas Jefferson. UVA’s academics and sports teams are both top tier.

Today, their stacked team continues to fuel the school’s growing rivalry with the University of Florida Gators. This rivalry merely sits on the sidelines, though, as their teams continue to scoop up more titles and more trophies. This includes FSU’s dominant softball team, coached by Lonni Alameda, who won the 2018 national championship for the first time in the school’s history.

“My most exciting memory by far was the first home softball game of 2020 season. We played Alabama, and it was a nail biter the whole time,” said sophomore Bailey Wagner. Even with the 2020 season cut short due to coronavirus, you can bet the Seminole softball team is stacked with incredible athletes for next season. Teeming with talented athletes, The Seminoles and their sports culture creates an exciting experience for students.

Everything is bigger at the University of Texas and that includes their school’s sports. With 18 total sports teams and 47 national championships, the University of Texas kicks butt in their conference, PAC-12, as well as nationally. But even with great teamwork and athletic talent, it always helps to go into each game with a mascot in your corner. Since 1966, The Longhorn mascot, Bevo, brings unbeatable spirit to every UT football game. I know what you’re thinking, ‘Why name a mascot Bevo?” A play on words, the name Bevo stands for beeves, the plural form of beef. The University of Texas dominates in football, with four national titles.

In 2002, Sports Illustrated selected the University of Texas as “America’s Best Sports College.” And the Longhorns have some of the best sports teams. The University of Texas women’s volleyball team won a national championship in 2012, under head coach Jerritt Elliott. With over 140 medals won in the Olympics by UT athletes, the Longhorn’s incredible sports environment makes for a great college experience.

“There’s really nothing better than the white out game they have every year. The atmosphere is insane, and you can feel the stadium shaking,” said sophomore Michelle Leone. “When a touchdown is scored, people will throw people up in the air for however many points are on the board, I got thrown once and it was a lot of fun.”

Ever heard of a Tar Heel? Well, a Tar Heel refers to North Carolina’s early history, when North Carolina led production for the naval industry. Now when you say Tar Heel, it refers to a UNC fanatic. UNC’s iconic Carolina Blue fills the campus, and it is said Carolina Blue is the color that God painted the sky because he loved Carolina so much. Even the city’s Chapel Hill is home to some of the most famous athletes. UNC basketball player Michael Jordan—I don’t know, you might have heard of him—started his career there. Jordan went on to become one of the best basketball players of all time (if not the best).

Mia Hamm also made Chapel Hill her home before going on to win two Olympic gold medals and gaining the title of two-time FIFA Women’s World Cup champion. With such legendary athletes in their corner, it’s no surprise that UNC sparked some legendary competition. UNC’s rivalry with Duke University is a rivalry that rivals all other rivals. Located only 10 miles apart, the schools dish it out on the court. Also, UNC’s 10 national championships in basketball testifies to the school’s athletic greatness. From soccer to basketball to everything in between, UNC’s sports teams dominate.

Known for its cold weather and incredible academics, the Wolverines triumph in the Big 10 Conference, which houses schools primarily in the Midwest. With 11 national championships in football, Michigan’s football dominates the country and their campus stadium certainly reflects it. The football stadium nicknamed “The Big House” can hold over 100,000 spectators.

“I remember walking around before the game and everyone was so hyped for the game and into it,” said freshman Taylor James. “There was nothing like the energy in The Big House.”

There’s no question that this amazing crowd energy fueled their players across the board as the University of Michigan sent over 250 athletes to the Olympics. This pool of Olympic level talents includes the world-famous Michael Phelps, a former competitive swimmer who holds the record as the most decorated Olympian of all time with a total of 28 medals. How did this swimming star land at this university in particular? Well the University of Michigan’s swim and dive team is one of the most highly respected programs in the country. Alongside swim and dive, the university is well known for its ice hockey, softball and water polo teams. The University of Michigan’s competitive teams create an awesome sports school environment.

Beware of the Swamp, a deadly location for sporting opponents. From the towering Ben Hill Griffin football stadium to the intimidating O’Connell Center, UF cultivates incredible athletes that greatly impact their respective sports realms. Their athletes such as Tim Tebow, a Heisman trophy winner and star quarterback; Abby Wombach, a professional soccer player; and Ryan Lochte, an Olympic swimmer are considered some of the best athletes of their time. UF’s well rounded sports teams make this university the prime location for all sports lovers. The school also overflows with school spirit, from the incredible tailgating parties to loud chants and obsessive fans.

“I love gator sports because we are the ‘everything school.’ It’s great to be able to have championship contending teams in multiple sports,” said senior Shane Solana.

UF also won 11 consecutive Top 5 in the NACDA Director’s cup. The only school to hold a Top 10 public university academics and Top 10 finishing football team, UF, dominates sports and the classroom. A truly well-rounded and feared school, UF provides an excellent environment for student success, in the classroom and on the field.

Fear the Bruin bears! Every year, UCLA receives the most college applications in the entire country. With amazing academics and sports teams, accepted students are in for an exciting college experience. UCLA’s sports are unlike any other with 11 men’s basketball championships and over 200 Olympic medals won by UCLA athletes.

With some of the finest facilities in the U.S., UCLA often holds Olympic sporting events. From beach volleyball to tennis to water polo, UCLA excels in big name sports like football and basketball to smaller, niche sports. During Bruin’s football games, a live bear was brought onto the field until the Los Angeles Memorial Coliseum disallowed the tradition.

UCLA rivals with other California schools, including the University of Southern California.

“Football season and tailgates in general are great, especially against USC because everyone gets really excited for the rivalry,” said sophomore Karina Seth.

It was said in 1993, during rivalry week a group of students covered the Hollywood sign to make it read “Go Bruins.” UCLA’s basketball team won a total of 11 national titles and legendary basketball head coach John Wooden helped lead 10 of those victories—the most in college basketball history. UCLA’s school sports and energy make a great sport’s environment.

A perfect day for USC students consists of USC beating UCLA and Notre Dame in football. USC has had 35 perfect days. Competing in the PAC-12 Conference, USC won over 347 Individual NCAA Championships—second in the nation. Known as the Trojans, USC dominates a variety of sports, particularly football with 11 national championships.USC also holds the highest all-time post-season winning percentage of schools with 25 or more bowl appearances.

“Football has to be my favorite sporting event at USC. It’s such an inclusive and energetic event that brings our diverse community together,” said sophomore Michelle Goay.

USC sent 451 athletes to the Olympics throughout the years, more than any other U.S. university. If USC competed as its own country, it would rank 16th in the world with gold medals. Famous American track and field athlete Allyson Felix, a USC alumna, is the 2012 Olympic champion in the women’s 200 meters. With such great athletes and programs, USC makes an amazing sports school for aspiring athletes.

Stanford University, located near Silicon Valley, is known for its stellar academics and intelligent students, but did you know the university also has incredible sports teams? Alongside top-tier academics, Stanford University is one of the most dominant sports schools not only in California, but in the country. With an acceptance rate under 5%, this university harbors an incredible academic and athletic environment. With 25 sports teams (after cutting 11 teams this year due to Covid-19), Stanford University won 126 NCAA national titles, maintaining their position as the all-time leader in the U.S. Stanford athletes have won 522 NCAA individual championships as of 2019.

On top of that, Stanford athletes have won almost 300 medals total in the Olympic games. These players compete on an international stage, and they have incredible success. Also, in the 2018-19 season, the Cardinals won a grand total of 7 championships, winning in women’s volleyball, swimming and diving, water polo, tennis and lightweight rowing, as well as in men’s gymnastics and golf.

Almost 1,000 students make up these winning teams across the board and there’s no stopping the river of trophies that continuously flow throughout them. Men’s golf achieved nine total NCAA championships and crowned three national champions including Sandy Tatum, Tiger Woods, and Cameron Wilson. Lately, women’s soccer dominates the nation, with Cardinal women’s soccer winning the NCAA national championships in 2011, 2017 and 2019. Stanford also took the number one spot on the NACDA Director’s Cup every single year for the past 25 years. With such dominating teams and competitive athletes, Stanford University cultivates an incredible sports experience. 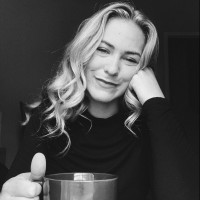 Breaking the Binary: My Journey into Identifying as Non-Binary
Next Post: 10 Thoughtful Gifts to Improve Your Communication Skills