Thrills, chills, guts, and gore — what more does a year need?  2019 ended the decade with some of the most disturbing, heart-pounding and mind-twisting horror movies yet, setting the standards pretty high for the new year. Grab your popcorn, Slurpee and a friend that you can hold onto extra tight because these are not for the faint of heart.

Thrill-lovers and adrenaline junkies, check out these 10 chilling films.

Many teenagers love the idea of an abandoned haunted house on Halloween because what’s the worst that could happen? Well, this group of friends decides this extreme haunt is all fun and games until the Villains start getting serious. As friends begin to disappear and what at first seemed like impressive prosthetics and makeup turns into reality, they realize this house was no ordinary haunt. This film uses incredible makeup for intricate masks that you’ll definitely be seeing in the corner of your room after this.

Most newlyweds spend their first night getting to their honeymoon destination, but for this new bride, her in-laws had other plans. As their whole family gathers in the den for a seemingly innocent game of ‘Hide and Seek’, the tables quickly turn as Grace realizes they don’t just want to find her, they want her dead. The family dynamic adds some comedic relief while the constant hunt provokes suspense and mystery. Will she survive and live happily ever after, or will she end up as just another sacrifice? Worst wedding night ever.

Jordan Peele does it again. After incredible success with “Get Out” in 2017, he wows us once more with this psychological terror. This family of four takes a trip back to where Adelaide grew up as a child. However, after suffering a traumatic experience there years ago, she feels something bad must happen again. What happens next, no one saw coming. As this web of underground terror begins to unwind, the Wilsons realize that they have never been alone and their stalkers look strangely familiar. “The film is an absolute mind twist to the end. Jordan Peele kept his audience engaged, on edge and in the unknown until the very end,” Olivet Nazarene University Senior James Carr said. Be prepared to be stuck, mouth open, eyes wide in your seat after this movie.

People have wondered for years how ‘The Joker’ came to be. What could have possibly driven him into this madness? “It truly plays on the whole nature versus nurture debate. The entire movie you’re feeling so bad and sorry for him because his life is terrible, filled with constant bullying and torment. However, he eventually reaches a breaking point and goes on an evil rampage, but that’s how the city has treated him,” Congressional Fundraiser Isabella Fortunato said. You begin to think in your mind, “can I really be rooting for this man full of evil?” Joaquin Phoenix, who plays Arthur Fleck aka Joker, does an outstanding job portraying this lost soul and showing the insanity in his eyes, leaving you absolutely speechless.

There’s no question that Stephen King rules the horror kingdom and this year, he wasn’t messing around. With a new rendition of “Pet Sematary,” originally released in 1989, an updated set of horrors comes to town. When the Creeds move to a small town in Maine, everything seems quite normal. Until their young daughter stumbles upon a mysterious graveyard deep in the woods on their land. When Ellie’s cat passes away they decided that graveyard would be the perfect place to bury him. Then he shows back up at their door, alive but not the same. They realize that there is more to their land then they were led to believe. As Ellie’s father begins to test the limits of the mysterious sematary he unlocks a presence that he can’t contain. The concept of this movie preys on the thoughts we’ve all had as children of wanting our pets to come back to life and shines a light on the fears of messing with the afterlife. A spooky tale that will leave you wondering, “would I mess with the dead?”

Creepy dolls and Ed and Loraine Warren. What could be better? Avid horror lovers know that Ed and Loraine Warren are bada**. These well known paranormal investigators had a room in their home with a piece from every haunting that was blessed weekly. The doll Annabelle sat in that room, encased by church glass and locked shut. In “Annabelle Comes Home” the Warrens leave to work on a case and leave their daughter with a babysitter, a babysitter that’s a little too curious. As she begins to awaken different spirits, no one in or near the house is safe. Although everyone has different fears, this movie covers them all. Packed full of jump scares and taking place mostly at night, you might want to get a night light before seeing this.

Stephen King shook the world with the release of “The Shining” in 1980, and forty years later he does it again with the sequel “Doctor Sleep”. The True Knot, a cult who preys on people with ‘the shining,’ hunts them down to torture them and feed off of their ‘steam’. Danny Torrence, now an adult, has tried to suppress his powers and demons until he realizes a young girl who needs his help to escape The True Knot. They venture to escape and ultimately realize the only way they can escape them is by destroying them. For lovers of “The Shining,” this movie makes you feel complete as the end comes full circle. With gruesome torture scenes, intense mental battles and demons, you don’t have to love Stephen King to enjoy this masterpiece.

Clearly, Stephen King did not come to mess around in 2019. With only one book, no one was expecting this sequel. As The Losers Club has grown up and moved away, they get a phone call that changes their lives forever. People have started disappearing again and the evil presence has come back. They must return to Derry, Maine and face the terrorizing and demonic clown, Pennywise again. For the horror movie lovers who enjoy violence and gore, rent this now. With horrific crimes, children and a clown that can shapeshift into any of your darkest fears, you might want to take a diaper. Just like the original, the suspenseful soundtrack to this movie has your heart pounding so hard your Apple Watch will be buzzing you to ‘take a deep breath’.

2. Scary Stories to Tell in the Dark

Nostalgia. These books have continually haunted the lives of children for generations. Whether you were sitting around the campfire or curled up in your treehouse as a kid, these stories stuck with you and have never left. “Scary Stories to Tell in the Dark” did an incredible job retelling the terrors in a way that made it their own but gave the classic lovers the stories they wanted to see on the big screen. As these kids wander into an abandoned house they stumble upon a book of stories that have not been finished. It begins to destroy their own lives and traps them between the pages. With crawling spiders, torture and dismembered bodies, there are terrors for every fear. Many of the scary stories required CGI which worried some, however they blew it out of the water, making everything ridiculously disgusting and frightening.

The only word to describe this movie may very well be, disturbing. After “Hereditary” Ali Aster creates another sinister film that may call for post-film therapy. A couple and some friends travel to Sweden to celebrate the Midsommar festival. What starts out as a peaceful getaway soon turns into a strange competition with violence, competition and horrific rituals.  “It was a refreshing dive into a disturbingly real nightmare of love, loss, and the beginnings of one’s path to self-discovery,” said a junior at the University of Alabama. The pagan cult takes them into their grasp and won’t let them go without obedience. The cinematography will blow you away as the breathtaking greenery, flowers and landscape fill the screen. Despite how beautiful the film is, it won’t distract you from the absolute horrors happening on screen.

Filed Under: Entertainment Most Popular 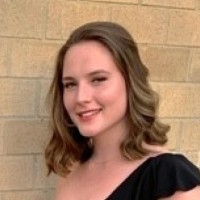 24 Best Things to Do in Fremont, CA in 24 Hours
Next Post: 10 Steps to Win a Political Office: We Asked the Experts