You are here: Home / Campus life / Spelman College / The Ultimate Dos and Don’ts of Being a Successful Spelmanite

You’re officially a Spelmanite. You received that Spelman blue envelope and an invitation to Spelbound, planned outfits for a horrid ID photo that forever follows you through your matriculation at Spelman and have heard the word “matriculation” at least 50 times since receiving your acceptance letter. Lastly, you added #Spelman to your Twitter and Instagram bios so all of your followers know that you made the choice to change the world. Basically, you think you’re ready to begin your journey as a Spelman Woman. Well, my dear baby Spelman sister, I’m happy that you’re starting your journey, but I want to give you some tips to make these next four years some of the best years of your life.

Do open yourself up to the Spelman sisterhood. When you arrive at Spelman, you believe that every girl you meet becomes a sister to you. Through the lens of administration, these technically are your sisters, but let’s be real–not every girl you meet has a desire to become your best friend. Don’t let that truth get you down. The great part about Spelman is that you’ll find that sisterhood in a club, dorm hall or even a classroom. The sisterhood will come. Just give it time.

Do allow yourself to glow and grow from a Spelmanite to a Spelman woman. Most colleges mature freshmen by the end of their sophomore year. But when you come to Spelman you grow on the inside and out. Growing up feels scary at first. You start thinking and acting differently than you did before, and that’s okay. Don’t fear venturing outside of your comfort zone.

Don’t take the “Spelman Class of 20__” GroupMe seriously. You probably joined or, if you’re like me, started a GroupMe expecting to make a ton of friends. GroupMe is a great way to chat with newbies like yourself, but what every GroupMe user must remember is that these people aren’t 100 percent authentic through text. Your virtual BFF may be crazy outgoing in the group chat but a timid turtle in real life. Don’t expect too much from GroupMe. You’ll meet your real friends when you arrive at campus.

Speaking of real friends, don’t give in to the hype of Spelhouse vs. Clark. There’s a stigma within the Atlanta University Center, better known as the AUC, that Clark and Spelhouse stand as two separate communities. In reality, that couldn’t be farther from the truth. Don’t give up on Clark. As a Spelman student, you receive a Clark sister at Olive Branch. This relationship often falls through within the first full week of school, but don’t let that happen. Break the stigma and show the community that no beef exists between Spelman and Clark. Clark girls aren’t any different from Spelmanites, and they can become some of your closest friends.

As you begin this wonderful new chapter, remember to always think of the woman you are now and the woman you hope to become once your Spelmanite chapter closes. 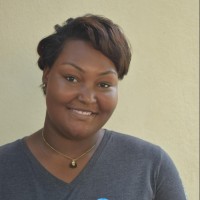 Laura is a sophomore at Spelman College studying English. She is a lover of books, food, and Beyonce.

The Only Black Kid in the Room
Next Post: How to Deal with Your Entire Friend Group Graduating