You are here: Home / Writers / The Year I Wrote a Book

Have you ever heard the saying, “Jack of all trades, master of none?” Well, that’s me. In retrospect, it helped make me the ideal student. Throughout my academic career, I excelled in the sciences, math and English, thoroughly enjoying each subject. However, this also made finding my career path extra challenging. Throughout my sophomore year of college, I went from the College of Public Health and Health Professions, to the College of Arts and Sciences, to the College of Journalism. When I tell people this, they give me a wary look.

Yeah, I’m still trying to figure it out.

When I first got to the University of Florida, I thought, why not try medicine? Doctors make good money, right? And I like science…right? It seemed like everyone choose a career in the healthcare field, so that’s what I did. At the time, it seemed like the right—and safe—decision.

But as much I love the sciences, my passion for writing always sat heavy within me. My whole life I’ve been an avid reader. In fact, when I ran out of books to read at my pre-school, I became so utterly frustrated and insulted by this that I started to write my own.

If J.K. Rowling taught me anything (after many many re-reads of Harry Potter), it’s that words are powerful. They can make an everlasting impact on people.

I’ve always been an introvert, and for a while, I considered this a negative thing. But as I grew older, I realized that I simply express myself on paper at a much better level than I do verbally. And now, as an aspiring writer, I’m so grateful for that.

Summer before my sophomore year, I came up with this idea. A character lived in my head and it seemed like she always tried to tell me something.

I knew I had to write her story.

And so, summer of 2017 I dedicated my time to writing a story about a girl who lacked courage and self-confidence—something that I think many adolescent girls can relate to—and how music and theatre helped her discover her voice. Her story, not so subtly, mirrored my own journey. Writing became a therapy, and I became addicted.

I began to see similes and metaphors in nature. Everything became a premise for a new storyline. I filled my notebook with notes, story ideas, short scenes and dialogue. Writing was all I could think about and it was all I wanted to do.

But when that summer ended, the reality of pre-med life kicked in, and this time in overdrive. As the fall semester progressed, I grew increasingly unhappy and unfulfilled, feeling very much discouraged.

I worked hard, earned good grades, got involved in research and volunteer opportunities… Why did I feel so unhappy? At the same time, I struggled with depression and tried to salvage an unhealthy relationship. So I put my writing to a halt.

By the end of that semester, I felt motivated to make a change—anything to get me out of my funk. First, I got out of that relationship. It felt like removing thorns removed from my skin: a necessary but painful process.

Then, my mom asked me, “If you weren’t thinking about money as a factor, what career would you choose?”

Every time I thought about medical school, I was simultaneously met with a stomach ache. I ignored the fact that my future didn’t look so clear anymore. Instead, it felt like trying to navigate a car at night through heavy fog with no headlights.

But when my mom asked me this, I answered without a second thought, “I’d be a writer.” Unfortunately, it wasn’t that easy. I felt paralyzed to make a change when I had been so certain about going to medical school for so long.

I read this book, Every Last Word, where the author, Tamara Ireland Stone, tells a story that discusses that power of words. I remember finishing it and thinking to myself, This is what I want to do. I want to write books like this, for people like me—people that love words and books as much as I do.

So, the next semester I switched over to an English major. I wrote more than ever. My passion for writing bloomed again, and I regained the motivation to finish my book.

I felt like myself again. I was…excited. Excited about where things were heading. I began to envision the life I wanted for myself. I spent many minutes, hours even, daydreaming about life as full-time writer and the feeling I might experience seeing my books at Barnes and Noble.

What many writers don’t tell you is that you’re not always going to want to write. Somedays I get up excited and motivated. Other days, I wallow on my premature writing or how tangled in the details of the book I am. I spend many moments staring at a blank page.

But no matter how long I sit there waiting, an idea always comes.

The sitting, the waiting, the overlooking, the daydreaming…not a moment of it is wasted time. It’s all part of the process. At least it was for me.

Ninety-seven thousand words later, I finished my novel. My very first novel. I’d be lying if I said I didn’t cry a bit. My book was my baby. Something I cared for for so long. And now, I needed to send it out into the world for it to get judged and critiqued. How incredibly terrifying is that?

Now, it’s the waiting game. I sent out a manuscript to a few literary agents, who might not get back to me for months for a simple “no” or “yes” on whether they wish to represent me.

I thought writing the story would be the difficult part, but I was very wrong. This is.

Every step of the process—figuring out each character and their story, adding and resolving conflict, building relationships between the characters, reaching the conclusion—allowed me to build myself as a writer and reflect on how I wanted to be known as a writer.

The process, often stressful, never boring, made me confident in my career path. And, it only took me 97,000 words to get there. 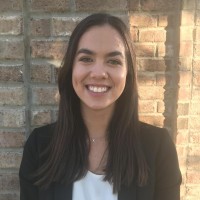 4 Reasons Why You Should Stay With Your High School Sweetheart (And 4 Why You Shouldn’t)
Next Post: 10 DIY Dorm Décor to Make Your Room the Best On Your Floor