You are here: Home / Life / The Netflix Representation You Didn’t Ask for: My Experience Wearing a Hijab

In the coming-of-age of some Muslim teenagers, the hijab is the symbol of your womanhood, your commitment to the faith. It is a part of your female identity. When someone sees you, they don’t see a person first— they see your scarf, your veiled femininity. They see your religion. And it is an honor to bear this burden. When I turned 12 and began wearing the hijab on a daily basis, I felt like woman—I felt like I had reached some threshold of female adulthood that no person younger than me could understand. As an attendee of an Islamic school in California, the hijab was a mandatory piece of our school uniform from 4th grade onwards. We were surrounded by and accustomed to the image and modest lifestyle prescribed by our religion. It felt completely natural that I should want to wear it as part of my daily life. I didn’t think very hard about it.

As I began attending my local public high school, however, the decision wore on me: it no longer felt natural or beautiful to exist as another, alien to everyone else.

In a predominantly white institution, with hardly anyone else who looked like me, it felt isolating. I felt observed. Wrong. And naturally, away from my sheltered up bringing, I questioned elements of my faith. I disagreed with certain teachings and struggled to justify their necessity.

Yet, I held conviction. If this is what God asked of me, I would represent my religion through my person, regardless of the judgment of others.

For unrelated reasons, I decided to take the California Exit Exam after my sophomore year of high school—I wanted to start anew. With a wider array of people, from all over the world, surely, I would find people like me—and people who weren’t—and in them I would find the confidence to bolster on. I wanted to return to the feeling of home that once accompanied wearing the hijab without the blind acceptance I once had.

“I’ve had a few Muslim students in the past, you tend to be a very close-minded people. I hope you will be open to new perspectives by the end of this course.” He called me Aisha for an entire semester, never bothering to learn my name or see me beyond my hijab. And he was just one of many.

His speech that day went on to describe the problematic sexualization of virginity and the tribal culture surrounding Islam, interjecting to ask if I would like to offer my experiences. I am not part of any tribes, nor experienced the problematic sexualization of virginity—but that didn’t matter. I wore a headscarf, so I must represent every aspect of this religion, right?

What once seemed like a privilege, now struck me as burdensome. Something broke within me that day. It embarrassed me that my professor singled me out in a classroom full of my peers, yes, but also that I lived in a world where even well-educated individuals misunderstood my religion.

Being a symbol of this religion, I would only be viewed through the warped lens of my observers. I held no say in my own identity. As I looped the fabric of my hijab around my necking the following weeks, the silky touch of cotton began to claw at my throat, tightening like noose around me. I felt trapped.

As long as I wore a hijab, a piece of fabric would continue to define me.

No matter how differently I tried to appear, there were always people who would make assumptions, positive or negative, about me. I felt hatred stir within me—hatred for the people around me, for people who stereotype others and for my hijab. Something I once loved wearing, and wore with pride, became burdensome; I freely made the choice to wear it, but I didn’t choose to be misunderstood. I didn’t choose to feel ugly and cornered simply for existing.

So, like every veiled woman on a Netflix drama that gets trashed on for inaccurate representation, I decided to stop wearing my hijab. I felt guilty, like I had failed some kind of test, but more than anything, I felt free.

I know other women who cover their hair may not feel the same way as I once did, but I didn’t want my identity limited to my appearance or my faith. By taking it off, it defined my appearance, yes, but on my terms. I became Aaliyah: college student, English major, hopeful writer, Muslim. Not just, Aaliyah: Muslim.

Filed Under: Life University of California 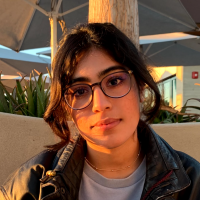 The Children’s Defense Fund: A Look into Nonprofit Child Advocacy
Next Post: A Tale of Friendship, Communication and Post-Grad Life