There once lived a young woman who had made up her mind about what she wanted out of her life. She had given up on love between a man and a woman. She had fallen in love with the stage.

She took off a year from pursuing a college education and instead worked her butt off singing and dancing for hours on end each day. She even got a hostessing job at the Surf Deck Grille to make some extra money for all those pesky college apps.

There, she met the tall, dark and handsome bartender.

They went on a few dates and had a lot of fun together, but, ultimately, the young woman still felt drawn to the spotlight above and beyond anyone and anything else.

She auditioned for multiple collegiate musical theatre programs at Baldwin Wallace, Oklahoma City and even Boston Conservatory, but for some reason, it didn’t work out.

Upon the last school’s rejection, she realized how blessed she actually was.

The young woman realized what that year had been about all along. She had found her real true love.

Flashback to the first talk over the bar when I blinked and two and a half hours had past and I didn’t realize how frozen my toes were from standing still for so long in the unbearable North Florida winter cold. We talked and time stopped. I didn’t even realize it until the next date when I experienced the exact same thing.

The bartender acted like a gentleman every opportunity he got—running in front of me and almost pushing me back just so he could open the little Hyundai Sonata car door for me.

We instantly made a list of all the things we wanted to do before I returned to Florida State University later that fall. Zip-lining over alligators, going to my first country concert (and converting me to the culture), traveling to a Red Sox game (even though I will forever identify as a die hard Yankees fan) and, most notably, taking a trip to NYC, the best city in the world (however, he would say differently after becoming a sardine in the subways).

Through every trial and tribulation, chuckle and tear drop, glass of wine and sip of coffee, we have never stopped loving. Love shows in every action.

We understand and communicate and ultimately just want to love each other. People forget the power behind those four letters far too often.

Love: A feeling never shown more than the bartender showed for me when he promised to visit once a week after I left home to go back to school. And he did. He visited me every single week despite his three-hour commute, even if only for one night. I couldn’t believe it. I thought to myself, he really loves me—the bartender who I thought of from my first glance as the most handsome being I had ever seen walk this earth. The most perfect person in the world would go out of his way for me? The girl who failed in following her dream?

No, I didn’t fail. I simply realized what truly matters—my one of a kind love with my bartender boyfriend of now two years and for many more. 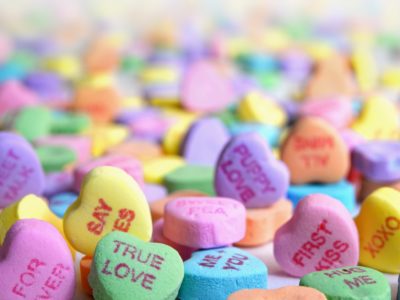 10 Things to Do in Nashville for Nature-Lovers
Next Post: 10 Ways to Cop New Summer Styles for Cheap