The Resident Advisor is the person on your floor that you either A) fear more than death itself or B) adore with a familial passion. Rarely in my experience have I witnessed a middle ground. As an RA, I had to put up with residents hating me for no reason and residents who felt drawn to me because I was someone they could talk to. Like any other student in college, there isn’t some proverbial cookie cutter that’s labeled, “RA,” although every college film begs to differ. As a heads up, here are some of the RA’s you’ll meet in college.
1. The TYPE A

(via giphy.com)
The Type A is the stereotype that has sprung from every college movie ever created. Bright personality. Pearly white teeth. A+ attitude. While rare, most first-time RA’s attempt to embrace the stereotype. They will fail (trust me).
2. The Stickler

(via giphy.com)
“It’s quiet hours, everyone. Can I close your door?” “Don’t throw that football in the hallway!” This category is self-explanatory. They enforce the rules at all costs. It’s their job and it’s probably the one part of the job that they love the most. Beware: poking this bear can get you written up in a heartbeat.
3. The “Dude”

(via giphy.com)
Not unlike the stickler, the “dude” RA enforces the rules, but distances themselves from the situation. Most of the time, they will open their door and yell down the hallway, “Dude! It’s quiet hours,” and then proceed to their regularly scheduled game of Super Mario Brothers, to which you are not invited.
4. The Parent

(via imgur.com)
Whether they act like a mother or a father, most of their conversations with you may end up like the closing scene to an episode of Full House. They will hold you accountable and then proceed to tell you why they’re disappointed and that they still care for you. Don’t get me wrong, as corny as it sounds, they mean every word of it. They’re some of the nicest RA’s you can hope to meet because they’ll care for you like your parent would, although they probably won’t scold you for getting a D on your first midterm.
5. The DGAF

(via gifawesomeness.tumblr.com)
The DGAF RA literally does not give a f—. Break a policy? “Whatever.” Smoke pot? “I don’t smell it.” Drink alcohol in the halls? “I was asleep and I didn’t know.” While you may seek to exploit them, it doesn’t really matter. They don’t give a f—.
6. The Cool RA

(via giphy.com)
These RA’s will act just like one of you. They will skate to class, go to the gym with you, and give you personal advice on how to make your hair look “bro-tastic.” They want to be your friend, but they’ll still write you up if need be.
7. The Lazy

(via giphy.com)
Like the Lazy RA, you probably won’t see the Academic. Instead, you’ll find them studying in the library because they took on a double major and threw in a minor, just for kicks. They’re helpful if you want studying tips, but good luck finding them.
9. The “Fun” RA

(via giphy.com)
They’ll attempt to hang out with you, but they’ll come on way too strong. They are desperate for companionship and have finally found it because they’re now the “fearless” leader of a floor of forty first-years. They will tempt you with Cards Against Humanity and will probably allow you to play water pong.
10. The Thrill Seeker

(via quickmeme.com)
Watch out for them at night when they’re doing rounds. They will listen for every clinking bottle, search for every speaker that’s a decibel too loud, and sniff like bloodhounds for marijuana, all for the thrill of it.
11. The D.A.O. (Door is Always Open)

(via giphy.com)
They are the omnipresent RA. Without fail, they will be at their door to greet you with a warm, welcoming smile. They’ll say hello and ask about your day, even though you just walked across your gigantic campus and just want to nap. They’re nice, but you may have to ninja around them if you want some personal time.
12. The D.N.O (Door is Never Open)

(via giphy.com)
Conversely, some RAs may not have their doors open, but trust me, they’re in there. They’re new and shy and aren’t entirely sure what to do. They say that their training prepared them for being in such a position, but it hasn’t—not entirely. You must seek them out and knock on their door for assistance. They’re willing, just not completely there yet.
13. The Leech

(via giphy.com)
These RA’s are perhaps the most interesting (to put it nicely) ones you can meet. When it comes down to it, RA’s do get perks—free housing, a meal plan, their own room, etc. The Leech seeks to apply for the position because of all of these perks. They wonder why they have to put up with the shit they do, because they’re not sure what they signed up for.
14. The Perfect RA

While you may feel that some of the previous 13 may have been your “perfect” RA, there is still that one person who will make you feel better about yourself and your decisions at the end of the year. They will be there for you when you’re down, hold you accountable but not point fingers, and be real with you because they’ve been in your shoes. They relate to you because both of you aren’t all that different. They’re the ones you’ll (hopefully) mention to someone two years down the road and say, “I had the best RA.”
(main image via blog.timesunion.com)
FacebookTweet 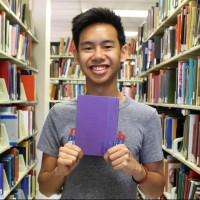 How to Stay Fit Without Really Trying
Next Post: What Your Temple University Dorm Says About You