You are here: Home / Career / Surviving the Day-to-Day Internship Grind

So, you’re looking for an internship, are you? You came to college and were bombarded with schoolwork, bills and boys, but no, society says you need to add an internship as the cherry on top of the “You’re finally successful” sundae. Ugh. So you cut out some much-needed nap time in your jam-packed schedule to research positions you’re interested in, but most of them have that whole “you need experience before you can get experience here” vibe about them. Finally, you find it–The Internship–the one that you’re not only qualified for but also excited about because it fits your dream career path. And after competing against 300 eager beavers all after the same position, you got it. Just one problem: you’ve been working only a few weeks and you’re bored AF. How do you survive the next few months?

What can you do? You’re the fresh meat of the office. Of course you’re going to get stuck with the mind-numbingly boring stuff. Reflecting on the hum drum aspect of the job, Summer 2015 Department of Juvenile Justice intern Christina Esteves said, “FILES, FILES and more files!” Don’t give into file hypnosis because, eventually, you progress and move up the “I actually matter” ladder. If you keep your head in the game, then your boss may trust you with bigger and better projects. But for now, in the midst of thousands of files that need alphabetizing, try being an optimist. Esteves went from zero to a hundred real quick because her diligence impressed the pants off her boss.

Think of the Perks

If your internship ends up being paid, then yay, you. The other 95 percent of us need to remember the benefits of unpaid internships, especially when you’re dreading the $60 you’ll spend at the grocery store today. And the $5 you’ll spend at Starbucks (because you’re worth it) and then– calm yourself. Cut financial corners by taking advantage of free goodies, like coffee, connections and even classes. Describing one of the major benefits of her fall 2014 internship with Grub Street, Melissa Fitzgerald said, “You got to take a free 10 week writing course (or the equivalent to that) which was amazing because normally they are like $550.” Maybe your employer will pay for you to get smarter, too.

Adapt to the Environment

“It was mostly laid back but there were moments where it wasn’t exactly competitive, but it was serious and they expected certain things from us,” Arturo Cancino, a fall 2014 intern at MindTree Ltd. said. During his time at the software building company, he and a group of interns were given specific projects to work on throughout their time at the company and at the end, they were expected to present it. With that type of looming deadline, you have to know when to goof off (never?) and when to be serious.

Even if the environment isn’t warm and fuzzy, don’t be afraid to ask questions. Remember that you’re there to learn. “There were some times where my team was trying to solve something and we ended up asking one of the workers there how to do it. He worked on it with us for three days straight,” said Cancino. I bet they owed him quite a few round of drinks. In a similar learning experience, Fitzgerald described a derailed meeting that ended in her main supervisor offering interviewing tips made of gold. Don’t be proud. You are Luke Skywalker and everyone else in the office is Yoda. Take as much 411 as you can and may the force be with you.

Remember your supervisors are human

There’s a ton of pressure, I know. You’re trying to dress professionally when you own one legit pair of adult pants. You’re trying to master a professional resting face when usually it’s just resting b*tch face. You’re trying to look and act perfect because you know your employer is the personification of a valuable networking opportunity. But, dude, chill. Don’t be afraid to breathe, talk and even joke around with the people around you. They were once young, reckless and unprofessional. But even now, sporting dad jeans and rocking a Honda minivans, they’re still humans capable of making mistakes and decent jokes. Fitzgerald said, “The chief financial officer and I would get coffee like once a week and she would always try to talk me up to the baristas.” Because your bosses can be valuable networking opportunities in the career (and dating) world, you need to be yourself in and out of the office.

Overall, the experience will be worth it. You may start out at the bottom of the food chain, but you’ll gain knowledge and  work etiquette by the end. Stay strong and plug through. You can step out the doors on your last day and feel confident in your accomplishments and first definite step toward the future. Looking back fondly on the entire experience, Fitzgerald said, “It was really a hard place to leave and a wonderful place to be. Even if my job wasn’t particularly important or came with a fancy title, I felt like I was part of something important, something greater, and in that way I became important too.” 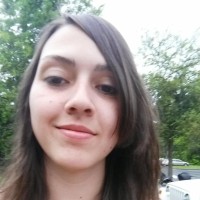 Marcie is a sophomore English major at the University of Florida. She loves traveling, writing, and dancing, as well as her orange cat, Milo.

How to Score Mad Brownie Points with Your Online Professor
Next Post: What A Hermit Crab Taught Me About Living Alone