For whatever reason, the word “cheating” was chosen by our generation to commonly reference infidelity, as if relationships are a game. They shouldn’t be. But there is a reason people also call it “being unfaithful,” because behind the sex there is dishonesty and disloyalty. That’s where things get messy and painful.

It all depends on the dynamics of your relationship. Maybe she lies about texts coming in late at night. Or maybe he goes on too many lunch dates with his friend from class. But if cheating is more than just sex, what else is it? It takes some sense to know where to draw the line.

“Texting and lying about it,” said Brad Burkhalter, a sophomore from Georgia Southern University. “It is cheating because you are doing it behind the other’s back.”

Does it matter who the hypothetical cheater is?

“If they are sexy. Yes,” said Burkhalter.

When the person on the other end of your boyfriend’s texts is the penultimate hottie, it’s a lot easier to get bent out of shape and feel as though he is giving them a little too much attention. Just like if your girlfriend was hanging out with someone whose face, to but it gently, poses no threat, you wouldn’t really care. But if it’s some undiscovered model, that is a completely different story. 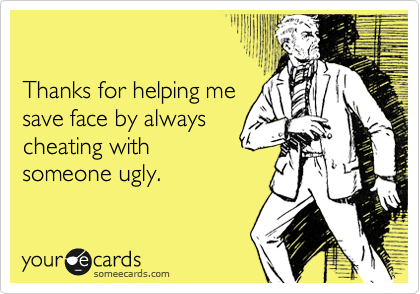 But on that note, you also need to understand the difference between their cheating and your insecurities getting the best of you. If the cheating is sexual, there are no two ways about it. But emotional cheating isn’t so clearly defined — some things make waves and others don’t even break the surface.

“As far as other forms, you have to be going really far for me to consider it cheating. Like, if you have the other person convinced that you’re dating them, from the way that you talk to them and text them, you’re probably cheating,” said Savannah College of Art and Design sophomore Tyler Shackelford. “If they’re going on dates and such, then yeah, they’re basically having a relationship with that person too.”

It’s as simple as this: relationships are more than sex, so cheating is more than sex . But relationships are complicated, especially when one half of a couple still has some part of a previous flame in their heart. It’s the reason so many people want to know when their girlfriend is catching up with that one ex. It’s why your boyfriend’s uncharacteristically dapper outfit raises a red flag. It’s hardly a good thing when they repeatedly put more effort into someone over you.

“I put cheating into two categories: physical and emotional. Both are truly equal though most people look at physical cheating (kissing, sex, etc),” said James Stumpff, a senior at Northwest Vista College. “But emotional cheating involves expressing love or lust towards another individual — this can be unintentional as well as malicious; such as having feelings for a previous ex or coworker.” 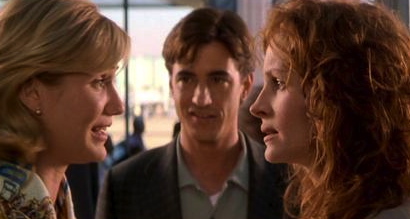 The key words James used were “expressing” and “lust.” If your partner is lusting over someone, and expressing it without acting, it’s still cheating. Even if it seems innocent on the surface, instincts still kick in when you know something isn’t the way it should be.

It takes two people to really decide what constitutes as cheating is in a relationship. Before jumping to accusations and the dramatic burning of mementos, talk to your partner. It can be confrontational if you need it to be, but you better be damn sure of what’s bothering you, and even more sure that it isn’t just insecurity making you jealous.

A personal favorite rule of thumb: if you don’t want your partner to know about it, maybe you shouldn’t be doing it. The best way to avoid this mess isn’t by keeping it in your pants, although that’s a big part of it. It’s common decency that can avoid all the heartbreak and jealously. And if you love the person, how hard can decency be?