You are here: Home / Life / Dating / Sex and Therapy Bills: What You Get Out of “Keeping it Casual”

I did a double take the other day when I saw a couple holding hands. It was like one of those rare animal sightings you see on Animal Planet. See, college campuses only look like a great place to find love. Yeah, they’re teeming with intelligent, driven, like-minded 20-something-year olds who will probably never look hotter, but what’s a relationship when you can have a handle of plastic-bottle vodka and casual sex? Casual relationships are the reason the health center is handing out condoms instead of roses on this twisted episode of the Bachelor: College Edition. But hey, a week of hot sex and late-night conversations totally makes up for the subsequent months spent avoiding eye contact when you awkwardly pass each other on the quad, am I right? Maybe not.

You Think He’s Asking You Out But in reality…

Nikki E.’s* date with a guy friend went wrong when he said he was going to grab pizza with some friends. “I didn’t realize he was bringing me home, so I left my shoes and jacket [at his place] and then when I noticed he had passed the pizza place, I asked him where he was going. He said, ‘I thought I was taking you home.’” It doesn’t stop there: “I said, ‘Oh. Well…I forgot my shoes and jacket at your house.’ And he said, ‘Did you do that on purpose to try to have a reason to come back?’” I’m sorry, but after a comment like that you can just put them in the mail.

Justine F. said, “I was on a Tinder date at Starbucks and my barista was checking on me. I turn back around to my date and he stood up and said, ‘Should I leave now?’” Well props to her for actually landing a date, it’s just too bad it was with someone more insecure then Kris Jenner in a bikini. Another byproduct of the casual culture is how it’s assumed that you’re sleeping with all your guy-friends. Why does that have to be the rule of thumb? Maybe you want a guy friend because he’ll reliably say ‘hell yeah’ to getting seconds at dinner. There are serious perks, ladies, and not just the R-rated ones. Get your minds out of the gutter.

We’re On a Date! Are You Seriously Making Out With Someone Else?

If you aren’t one of the lucky few sporting a boyfriend come formal then get ready to pop a Xanax and begin the stressful process of finding a date. Even if you manage to pull that off, you still might not be in the clear. Unfortunately, even tequila can’t mask the fact that guys are still prone to SBI: spontaneous bursts of immaturity. Abbey S. said, “A guy asked me to formal but said he wasn’t looking for anything serious. Then he proceeded to make out with a different girl (who was another guy’s date) at the after party. Definitely wanted to keep things casual…” It’s impressive the Tequila in her solo cup didn’t end up dousing the new love-birds…sorry, it was obviously just an accident.

Chivalry Is Dead…So, So Dead

Casual dating has also brought with it a culture where mind-vomit is suddenly considered socially acceptable. Nia B. shared a story which would make any parents ears burn. “I told the guy I was vegetarian and he asked if his penis counted as meat,” she said. “It was so weird that he killed any chance he had. Also, on my tinder profile I stupidly put ‘vegetarian asshole’ (because I’m one of those stuck up vegetarians, get it?) but I got a lot of messages asking if that’s code for ‘not into anal.’” Can I just get a collective ‘eww’ on this one? Just because it’s casual doesn’t mean it shouldn’t be censored.

Guys! Keep It In Your Pants!

In our lovely casual culture, guy friends live in a gray area that they don’t always handle very well. For example, not every drunken night out needs to end in a sloppy make-out sesh in the middle of the street. When in doubt, hug it out, guys. Just take a look at exhibit A: Alexis A. said, “I once had a guy friend walk me back from a bar and then try to kiss me in front of my house, miss my face, and then throw up into the bushes in front of my house. The worst part was that it killed the bushes. They’re still dead to this day.”

You Can Kiss This Non-Relationship Goodbye

Just as a P.S.A to the college community: Kaitlin L. thought she knew what a relationship looks like: “ Dated a guy for three months: went to formal with him, went to every single one of his hockey games, and two that were in LA; met his family, he met my family… And then he broke up with me because our relationship wasn’t going anywhere.” Okay, hit the brakes. That’s exactly what a relationship looks like when it’s going somewhere. What was he referring to, exactly?

Ladies, We’re Not Perfect Either

Although we like to get up on our self-righteous high-horse and preach feminism from the mountain tops, guys are occasionally the victims of the casual dating scene too. Allen P. said, “So I had been on a few dates with this girl I met at a party (classic, right?), and the morning after our first time, I wanted to make sure she knew I didn’t think of her as just a hookup, so I kissed her on the forehead and told her to text me when she woke up. Her reply? ‘Don’t be too boyfriend-y.’” I mean, this guy deserves a round of applause and could teach a college lecture series called “How Not to be a Douche.” You may want to find your cat because some serious cuddling will be necessary for those single soldiers out there. To make this story even cuter, these two are now happily in a relationship. It’s basically at rom-com status.

So You Just Want ‘To Have Fun’? Yeah, Okay

Shannon M. met a guy the second semester of her freshman year. They hit it off in a whirlwind romance, and she even met his parents… then summer rolled around. Long distance is the college equivalent of running a marathon, but Shannon gave it a solid effort. She said, “We would FaceTime all the time and kept in touch. I even fed into what he liked and sent him pictures of my feet because he asked.” Wait, rewind. Feet? Really? But after a summer apart he came back with the attitude of the typical college bro. She said, “He would tell me that he ‘just wanted to have fun’. He even tried to date a girl behind my back then show me texts about it and act like that was totally normal. And he would continue to try to hook up. Excuse me, but I do not send just any guy pictures of my feet!” Hell yeah, sister! Let some other girl’s toes be the subject of his kinky fetish.

I have ‘Walls’ Up For A Reason! It’s Because of Assholes Like You

Late at night, it’s those heartfelt, soap opera moments where he tries to get to really know you that send women spiraling uncontrollably into those dreaded feelings. Kelly B. said, “It felt great standing at a party listening to a group of sorority women talk about how the guy I’d been dating had also been dating one of their sisters all semester. I guess I should forget all the times he told me to ‘break down my barriers’ and ‘put myself out there.’ I’ll just forget how we spent Valentine’s Day together and how I’d been spending every other night at his place. Doing all that relationship shit still meant we were keeping it casual, sorry I read into it.” Even though it’s “casual” it still feels a hell of a lot like you’ve been cheated on when they pull stunts like this one. 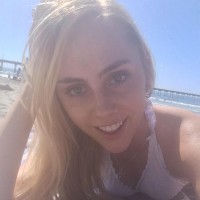 How to Maintain Your Netflix Addiction Without Sacrificing Your Grades
Next Post: 10 Things Most People Don’t Know About Anxiety