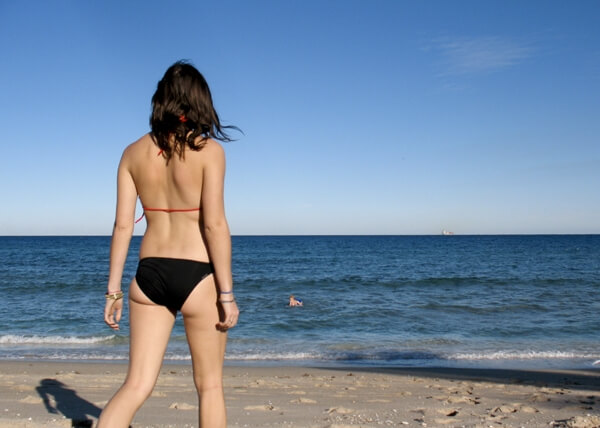 Sex and the Single Girl

It’s no secret that girls are usually put under more scrutiny for engaging in casual sex than men are. A guy is looked at in a revered way if he “scores” with a lot of girls, while a girl runs the fear of being labeled unfavorably.

But is that really still the case? Is there still a stigma about whether or not it’s “okay” for a woman to be in sexual scenarios, instead of a committed relationship? A recent survey in an article from UK publication The Telegraph found some evidence to refute this long-standing notion. It turns out that, of the 2,000 young women surveyed (most around age 21), one in four had slept with more than 10 people; in turn, only one in five young men had the same stats.

Do college students think anything has changed? Some female CM readers gave us their insight and thoughts on owning their sexuality nowadays:

“Stereotypes haven’t changed, people have. Those who think more old-fashioned still think girls should be prudes…or at least seem like them. I don’t agree with that though. I love being able to do what I want when I want.” – Katie Huston*, junior, Appalachian State University

“Stereotypes haven’t necessarily changed, but instead just worsened under the same ideals. It seems more absurd for a woman to have a sex life than to stay pure. Society is constantly putting women under the impression that sex is the best thing they have to offer, not their mind.” – Lea Ramsey, sophomore, Appalachian State University

“Stereotypes haven’t changed, but it’s all about how you handle your personal life. Experimenting is acceptable, as long as you’re not flaunting your experiments. After so long, the need to experiment lessens and looking for one sight stands changes to looking for someone you would be interested in hanging out with again.” – Abbey Lowery, sophomore, University of North Carolina at Wilmington

Until you find that person, is it okay to sleep around? Being comfortable with your sexuality and using it means different things for different women. There is always the chance of being judged, but isn’t that the case with anything? It really depends on your own personality and whether or not it even matters to you if what you’re doing may seem taboo to others.

As long as you’re okay emotionally, casual encounters shouldn’t be frowned upon for single women. A fifth of the young women in the survey admitted to having more than five casual encounters and 70 percent said they’d had at least a single one-night stand. As long as you’re being healthy and safe, having sex while being a single girl isn’t the worst thing in the world, by far.

Thankfully, Helen Gurley Brown’s words “…if you didn't have a husband, you might as well go to the Grand Canyon and throw yourself in. And if you were having sex with a man you were not married to? Well, your reputation was just shot,” which she wrote in the precursor to Cosmopolitan, Sex and the Single Girl, well…. let’s just say they don’t exactly ring true anymore.