You are here: Home / Life / Dating / The Most Romantic Movie Moments that Won’t Happen in Your Life

The boundary between the screen world and ours becomes more and more blurred. Technological advancements are certainly to blame. But, we, the avid viewers, are also at fault. Sometimes we don’t want film and reality to be separate (especially with Valentine’s Day a terrifying two weeks away).

Have you ever watched an incredibly romantic movie scene and wished that it would happen to you in real life? No? Then, you, my friend, you are a minority. To back me up, other college students shared some of their favorite scenes from romantic movies.

Almost all agreed they’d love to experience their favorite scene firsthand; almost all agreed they never would. So what is it about romantic scenes and films that attracts us over and over? Why do they continually interest and trouble our consciences?

There was no particular scene; for Emma, it was the whole story. She said, “It’s great because they’re friends and they think it’s not going to work at first. Like, Nooo. I waited too long. But they end up together because they’re better than everyone else.”

She refuses to believe that friendship-turned-romance can work in real life, but gravitates towards it in film. She argues that that is precisely the beauty of movies. “You can’t live every single love story out in life. Realistically, you’ll have a few but life kinds of gets in the way. You can’t have friends-that-turns-into-a-relationship and opposites-attract and this and that.”

Brian loved the last scene, in which Todd mimicked a compilation of classic rom-coms of the 80s: the boombox, the lawnmower and the Judd Nelson fist in the air. He said, “If somebody did that in real life, I’d probably propose. Mostly kidding.”

He has many favorite romantic movies (my kind of guy) and champions their universal appeal– to girls and guys alike. “I think the whole idea of love, especially young love, really speaks to people. Everybody wants that no matter how much they say they don’t.”

For her, the film’s gem is the ending scene when Andrew returns to the office, declares his love for Margaret, and proposes (for real this time) in spite of a lot of protest from her. Brown said, “Sometimes you do have to be talked into stuff. Sometimes you’re hesitant to take the leap. To be in a relationship. To let yourself feel something for someone. If someone can convince you to take a chance on him… I don’t know I like that because I feel like people don’t convince you enough in real life. They walk away too much.”

She thinks the appeal of rom-coms is that they’re light and easy. “That’s what everyone wants: they want to laugh and they want to be in love.” Amen, sister.

Joey praised the scene in which Marion sees Indiana Jones’s silhouette and greets him coolly, “Indiana Jones. I always knew some day you’d come walking back through my door.” After I complained about its lack of apparent romance, he protests, “It tells you everything you need to know about their relationship.”

Admitting that he had trouble thinking up a favorite romance scene, he said, “You have to understand. Every guy sits in their high school class and college class and imagines a scenario in which an aggressor comes in the room and he has to save everyone. [His roommate yells down loudly, “YEP.”] Because I love these thrillers and action movies and adventure movies, that’s in my mind all the time. But when I’m on a date, I’m my own person. I’m not some shadow of Indiana Jones, you know.”

For him, watching movies is an attempt to seek out what is absent in his life. “I don’t have car chases, but I have a love life.” Show off.

Her absolute favorite scene is when Mr. Darcy runs after Elizabeth in the rain, but it’s not the chase or his declaration of love that is unforgettable. “It’s the look in his eyes. This look he gives her is like, I’m so flustered. I forgot how much I loved you. Holy shit, I’m going to shit my pants,” said Valentine.

But she doesn’t go to rom-coms for romantic gestures; she goes for the respite. “It’s not really the whole movie… It’s occasionally how hot the actors are. [Giggles ensue.] But most of the time it’s watching something that makes you feel good, that you don’t really have to think about,” she said.

Ellie chose the “Bennie and the Jets” scene (great choice). Finding themselves trapped in a bar after Jane’s car breaks down, her and Kevin get the whole bar included in a rendition of “Betty and the Jets,” which they sing (incorrectly) while dancing on the bar’s counter.

Mancini said, “In the more realistic scenes like that one, you’re like yeah that could happen. But when you leave a romcom, it’s so bittersweet and you question everything about yourself. And yet you go back for more… It’s like crack.” 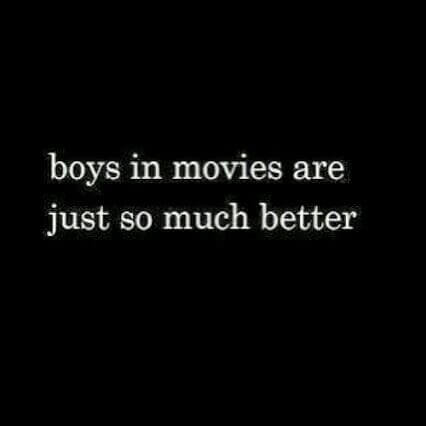 The beauty and tragedy of watching romantic scenes and films is that we fall in love over and over (often from the comfort of our own beds) without ever getting hurt. It’s a major source of comfort, but is also the pitfall of being a movie lover. Movies offer an excuse not to be brave or go out and write our own love story. Date or click play? Uhh, yeah. I’ll take Netflix auto-play for one, thank you.

Correction: Marion’s major was misstated in an earlier version of the article.

My Ex: A Friend I Might not Want
Next Post: Passing Freshman Year: In and Out of The Classroom