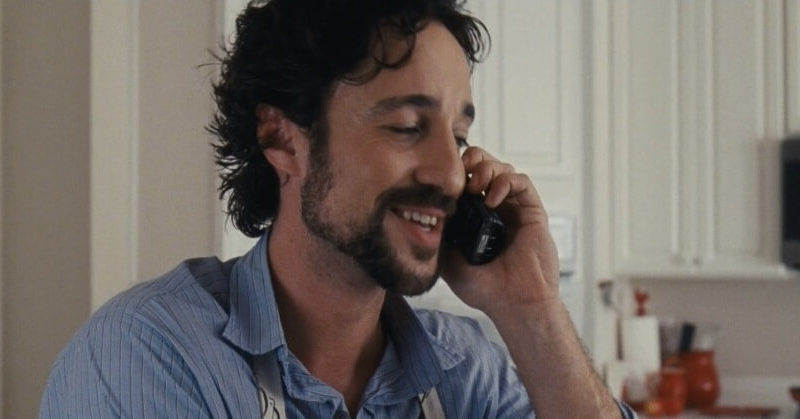 Remember the American Pie pact: “Let’s lose our virginities before we graduate high school”? Actor Thomas Ian Nicholas played the role of Kevin, the 17-year-old whose only goal was to convince his girlfriend (played by Tara Reid) to sleep with him and get his friends to have similar conquests.

I was only eight years old when American Pie debuted but it became a classic representation of American teenagers nationwide, and by high school, I had met my fair share of Kevins: the dorky, hormonal teenager determined to lose his virginity. So why did we love the film so much?

“American Pie really stood out because it was a raunchy sex comedy, but with heart,” Nicholas said.

Thomas Ian Nicholas pretty much stumbled into his first acting role. Born in Nevada, he moved to Los Angeles with his mother, an aspiring actress who later became a casting director. Scrambling to fill the role of an altar boy late one night, Nicholas’ mother decided on a new face to fill the spot: her son.

In 1984, Nicholas was cast to portray a young Tony Danza in Who’s The Boss? and soon after, landed one of his most well known roles as Henry Rowengartner in the 1993 film Rookie of The Year. You know, the kid that breaks his arm, develops super pitching powers, and becomes a pitcher for the Chicago Cubs—every boy’s dream.

At the tender age of 17, Nicholas auditioned for a little comedy called American Pie and when the film came out in 1999, his legendary and beloved character, Kevin Myers, was born.

We watched him grow up in the film’s sequels American Pie 2 and American Wedding and were delighted to see him again in the latest installment of the franchise: American Reunion. Since the first American Pie, the characters and the actors that portray them have grown and evolved, but Nicholas says that every time the cast is together, it feels like no time has gone by since they first met.

“It was great to see everyone again. We do run into each other sometimes but for the most part, things get hectic and we don’t get together as often as we’d like. It’s great to know that we can just pick up where we left off,” he said.

Nicholas’ character Kevin has come a long way since high school, turning into (SPOILER ALERT!) a loving, dedicated husband who works as an architect. Kevin also enjoys cooking, a hobby Nicholas shares with his character.

“Just the other night, I made Dijon mustard crusted King Salmon with a honey glaze reduction,” he said.

So what was the biggest transformation of Nicholas’ character? “Kevin’s beard!” he jokes.

An actor for basically his whole life, Nicholas is also a talented musician. Lead singer and guitarist in the Thomas Nicholas Band, Nicholas describes his sounds as “Foo Fighters mixed with some Switchfoot.”

In 2008, the Thomas Nicholas Band released their first album, Without Warning, and then released an acoustic version of the album in 2009 due to high demand from fans. In 2010, TNB released Heroes Are Human  and offered audiences a “slightly heavier, but still pop-influenced,” sound, Nicholas explained.

After trying and failing to get one of his songs into previous American Pie films, Nicholas finally succeeded and the song “My Generation,” from TNB’s new EP landed on the film’s official soundtrack.

To help promote the film, TNB went on a Gibson Guitar sponsored American Reunion College Tour. He visited colleges around the country to get the word out about the film to the “next generation of viewers,” though the line at the midnight premiere of America Reunion in my college’s local movie theater suggested that this generation was already more than aware.

TNB’s next major gig is at Nextdoor HNL, the premier nightclub in Honolulu, HI. “Hawaii is really an awful place to go,” Nicholas joked, “but someone’s gotta do it!”

In between acting, writing songs and performing, Nicholas is also a new dad. He and his wife Colette welcomed their first child, son Nolan River on October 20 of last year. “People tell you your life will change,” he said, “and it does, but you can’t really describe it fully. Your perspective on life changes. It’s something so amazing that you can’t fully understand until it happens to you.”

But whether he’s acting, making music or taking care of his son, Nicholas always makes time for his fans. He runs his own Twitter and Facebook pages, answers his own fan mail and loves meeting his fans.

During one meet and greet on opening weekend of the new film, Nicholas spent hours shaking hands, taking photos and giving autographs. When a fan asked him if his face hurt from smiling all day or if he was mad at how long the event was taking, he was shocked.

“This guy kind of caught me off guard because how could I be angry at my fans? If I could do this one thing to give back to them for all their support, then I’ve done my job,” he said. “If this makes them happy, then I’m happy too.”

Nicholas likes to be reachable and hear from his fans, so connect with him via his handle, @TINBAND, or find him on Facebook at facebook.com/TINBand. And if you ask nicely, he might even come and play at your school.