You are here: Home / Life / How To: Pretend You Care About Football Season

It’s the best of times, it’s the worst of times. It’s football season. While this several month-long phenomenon of watching large men chase a tiny ball around a field is the most wonderful time of the year for some people, it’s also met with significantly less fervor by others. For those others, weekend games become more of a social chore than a celebration.

If you tend to fall into that latter category, fear not. There are ways to convince the most die-hard football fans of your knowledge and love of the sport, even if the closest you’ve ever come to understanding football was feeling a deep connection with Beyoncé’s halftime performance.

The first step in tricking other people into pretending you understand what’s going on is developing some unfailing enthusiasm about the activity in question. You need to be that person jumping up and down in the stands and cheering wildly for every yard your team advances. That activity will be significantly less awkward for you and everyone around you if you know the words to the fight song. Repeat it until it becomes your own personal fight song, à la Rachel Platten. Learn it, live it, love it.

BEFRIEND SOMEONE WITH FACE PAINT

These people always seem to know what’s up. It takes a certain level of dedication to the game to show up in full-on face paint, so it’s safe to assume these people are deeply passionate about football. Befriend one and get them to divulge helpful information, such as when the appropriate time to yell “touchdown!” is, what on earth a “first down” is and why a supposedly 15 minute quarter turns into an hour more often than not.

USE THE GAME DAY SNAPSTORY AS GUIDANCE

You know what they say: Fake it til’ you make it. This holds especially true when it comes to football season; if you aren’t loyal to one particular team, then start bandwagoning with the best of ‘em. The Snapstory will give you insight into what other people around the country are doing to celebrate the big game, which you can then use to tailor to your own personal experience.

Pretending you know what’s going on will be a whole lot easier if you look like you know what’s going on. For example, it’s probably not the best idea to show up to the tailgate decked out in the opposing team’s colors. Head over to your school’s gift shop and pick up a few things to fully commit to the football experience. Think of it this way: Have you ever doubted the loyalty of someone with a foam finger and spirited poster? I rest my case.

IF ALL ELSE FAILS, TAILGATE HARD

It’s OK to admit defeat. Go to a tailgate, take some photos so there’s evidence that you at some point displayed school spirit, then claim fatigue and head home for a relaxing afternoon of Netflix and pizza. Alternatively, it is also perfectly acceptable to drown your sorrows and confusion in food. Pro tip: always hit up the alumni tailgates. In my experience, that’s where the best dessert selection can be found.

Football still not your thing? Worry not, it’s almost basketball season. There will soon be another sport to distract everyone, and this one’s a lot easier to follow. In the meantime, try out these tips and see how they work for you. Who knows – you might just become converted to a football fan in the process. See you at the Superbowl. 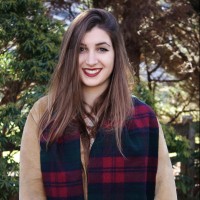 5 Things the University of Washington Huskies are Thankful for This Fall
Next Post: Top 10 Colleges for Outdoor Enthusiasts