You are here: Home / Life / Study Abroad / Overcoming the Overwhelming When Traveling

Sure, I said as a college student I want to travel but somehow Beijing never crossed my mind. I considered Paris, London, even Australia but never China. For vacation, most Americans go to a tropical island somewhere in the Caribbean. For work opportunities, anywhere in Europe will do. But as a journalist, I want to explore new cultures and interact with people who are different than me.

When the opportunity came to work in Beijing, how could I say no?

Luckily China Daily, the largest English speaking newspaper in the country and the company I am working for, provides housing and pay a reasonable amount each month to cover my food expenses. All I had to do was buy the plane ticket—although, that didn’t come cheap.

However, I am the kind of person who says “you only live once” and I capitalize on every chance I can to make a once in a lifetime experience happen.

I only faced one other problem on my journey to China: getting my visa. After talking to my mom about the internship, and convincing her that I would be safe and stay in contact the whole time, I had to break it to her that I wouldn’t be heading home to South Carolina just yet. I had to stay at my apartment at Penn State until the paperwork came through and even after that I had to go to the Chinese Consulate in New York City to file it.

I was a nervous wreck. I talked to the advisor at PSU who runs the exchange program and he said the only way to obtain an F class work visa was to personally go to NYC. I had no idea what I was going to do; as a girl from SC I had no connections in the city and the process would take at least two or three business days. The whole point of this experience was that it would not cost me a lot of money. Now I had to consider the possibility of renting a hotel room for almost a week in one of the most expensive cities in the country.

This was adding up to be a lot more expensive than I originally intended and I was worried it would just turn into an out of reach possibility. Then I considered a friend I had made who lives in New Jersey, so on a Friday night I asked her for the biggest favor: “Could I stay with your family this Sunday night through however long it takes for me to obtain a Chinese visa?” I certainly never thought that question would leave my lips. I was so relieved when they took me in and then all I had to do was bus in and out of the city; after all, if I couldn’t make a trip to New York by myself, how was I ever going to make it in China? I packed my bags and headed off to New Jersey.

The first day I went to the city I had to navigate myself to the consulate and it was one of the scariest things I had ever done. I had been to the city before but never by myself. Everything from the blaring taxi horns to the people on their phones overwhelmed me. I took a deep breath and pushed on. I reached the consulate with little issue and was soon enough standing in a line outside the building to apply for my visa. It was then that I realized what it would feel like to be the minority in China.

Everyone around me was speaking Mandarin. I felt so out of place already. I had the horrible sinking feeling of questioning what I was even thinking about going to China. Before I knew it though I was in the building handing my paperwork to a lady behind a glass window. The whole set up was like the DMV on steroids.

Two days later I went back and had a Chinese visa stuck in the back pages of my passport. Then it was done; no turning back now, I’m going to Beijing for the summer.

Filed Under: How to Travel Cheap Student Travel Study Abroad 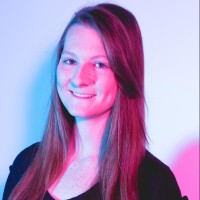 How to Get Out of UF’s ECO 2023 Alive
Next Post: 10 Events in Los Angeles that Give Us Major FOMO