You are here: Home / Life / Roommate / My Roommate was a British Spy—Almost

I remember the first time I met Fred. I remember moving into my new dorm on the first day of the semester, the halls bustled and the last traces of summer slowly faded. At this point, I was a jaded sophomore, not a naïve freshman anymore, but still wholly unprepared for what this semester had in store. I remember stepping into room 511 and meeting my roommate–a statuesque Brit in a polo rugby. He looked up from the swivel chair and passed me a beer. “My man,” I thought to myself. For the purpose of this article, let’s call him Frederick James. Frederick (or Fred as I often abbreviated) was an exchange student with a distinct accent, an accent that would gradually fade over time and take on the sunny lingos of California.

Fred possessed a host of unique experiences and a worldly swagger.

As we walked through Downtown Berkeley to pick up some back to school essentials, I started to hear about his travels. He spent a gap year traveling to Thailand, touring through the American South and learning about slavery, and even volunteering in Tibet. He worked as a bartender back in London and at a consulting office briefly. When a group of us took the infamous Rice Purity Test  (a test measuring a participant’s innocence in worldly matters), Fred’s score was impressively low. He would wake up at 8 every morning with clockwork regularity, playing a podcast of the daily news while shaving and showering. I, on the other hand, often slept through my alarms and my classes. Unsurprisingly, Fred was quite the sensation with the female population in our dorm, and I would often return to the room to find Fred accompanied by a new guest.

Clean-shaven and dolled up in a suit, Fred bore an uncanny resemblance to the next Bond, cooly sipping a cocktail at a dance, ready to strike at a moment’s notice. Fred studied politics, following the presidency of our very own Donald Trump and the important developments around the world. Above his desk, he had a painting of a sprawling monochromatic landscape, alongside pictures of family and friends back home. While I often spent evenings waiting for my life to change at the end of another solitary cigarette, Fred was quickly becoming a celebrity presence throughout the hall.

He joined the freshmen on their drunken escapades and was popular among the upperclassmen.

One night, Fred and an upperclassman returned with a tree the size of a closet that they had somehow ripped out from the ground. Another night, I watched as Fred attended to an incoherent stranger at a frat party, helping him find his wallet when he was too drunk to stand up. He spearheaded the philanthropy committee, organizing important fundraising events and helped manage hall finances. He moved around the hall with a commanding and charitable presence. By the end of the first semester, Frederick had been elected as vice president of our community. It perplexed me how Fred was so successful in infiltrating this community while I, on the other hand, struggled so immensely.

Was he a spy, sent by the British government to study American higher education?

I couldn’t wrap my head around it–but then again, I couldn’t wrap my head around anything. I was having one of the worst semesters of my life, going nowhere fast and running from party to party but not making any real friends. I was passing out in random places and doing many dumb things (that’s its own story, but I once stole a veteran’s memorial chair from a football stadium and almost got arrested). I couldn’t really focus on school.

It felt like I had no one to talk to–except at the end of the night when I would return to 511 and find Frederick, back from another adventure or attending to his studies. When I was on the brink of dropping out, Fred was the one who talked to me with a beer in hand, sharing his most difficult stories or a favorite quote. Fred even coached me through a romantic relationship (or three). My jealousy gave way to respect. Here was someone who had it all figured it out, and the least I could do was learn a thing or two. When I look back now on how much that semester changed me and all the mistakes I made, I think it’s ridiculous that I’m still here. Ultimately, I feel grateful for Frederick–the spy who had it all and lent a hand when I needed it most. 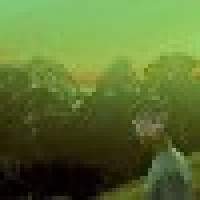 Andrew is a sophomore at UC Berkeley studying English. In his free time he enjoys writing poetry, painting, and hiking.

10 Gen Ed Courses You Won’t Sleep Through at GW
Next Post: 8 Reasons Why UF Beats Out FSU For The Top Florida University