You are here: Home / Life / What It’s Like to Move Across the Country to Attend College

At only 18 years old, you are expected to make one of your most life-altering decisions: where to attend college. Seemingly simple enough, so many factors go into finding the right school, and they differ for each person. For some, it’s about large or small schools. Others decide based on the quality of the football team. For me, it came down to how close or far it was from my home in Dallas.

To me, it was never a question. My classmates drew a line from coast to coast, separating the Carolinas from Virginia, distinguishing the North from the South. They felt determined to stay south. I drew the same line but with the opposite intention. I refused to look at schools unless they were north. That’s why I ended up moving to a college over 1,000 miles away from home.

While I loved everything in my life thus far, I felt ready for change. I wanted to escape the pattern I watched so many people fall into—they grew up in the same area and went to school with the same people since kindergarten. When it came to college decisions, friend groups stayed together and chose to do so for the next four years as well. About half of my high school class went to one of two schools in the area and the others were still within a 300-mile radius. For them, running into people from high school turns into a daily occurrence. Most people even hang out with the same friends they met in first grade. By no means is this a bad situation; people seem to love it. But I didn’t want to take this path.

Everyone considered me crazy for doing so. Being one of few who broke the “norm,” a lot of my peers did not know anything about my new school, Syracuse University. They only seemed to be able to comment on the harsh winters ahead of me. Of course, I’d need to invest in a large parka instead of the light sweatshirt I was used to in Texas, but I wouldn’t let that stop me. Sure, it was a big change, but it was all I had ever wanted. The change of pace, environment, people and weather had to be nothing but great, right?

No matter where you go to college, nothing feels more awkward than the first two weeks. Suddenly, your sense of home disappears. Your routine, your house, your school and your family are out of reach. Everything you have come to know and love feels missing. Being over 1,000 miles away did not help my case. I felt lost and with the power of social media, I felt as if I was the only one.

Not only did I not understand my new surroundings, but they did not understand me either. Everyone constantly asked to describe my city or explain my southern slang. Best of all, multiple people asked me if I was based solely on Texas stereotypes. No, I do not own a horse. No, Texas is not about secede. While I do like country music, I listen to other genres too. I have never seen a tumbleweed, and cacti do not grow on the side of the street (well, at least not where I am from). All of that said, it’s true that everything is bigger in Texas. Or at least we like to think so.

I saw post after post of high school friends getting lunch together or going home on the weekends to surprise their parents. I tried to brush them off, but they didn’t stop. Just knowing that my friends could simply hop in the car to visit each other or home began to kill me inside. While most of them had a less than three hour drive home, I needed two flights. I kept reminding myself that I did this to myself. But I was just jealous. They’d gone to college and were surrounded by familiar faces. But I could not recognize a single person on the smaller, if not similarly sized, campus.

Though this feeling lasted for a week or two, I completely immersed myself into my new situation. I joined clubs and publications, made many friends and focused on school work. Day by day I became more comfortable on campus and I remembered why I was at Syracuse. I quickly started to realize that the pros far outweighed the cons.

I may have been surrounded by 20,000 new faces but that only meant 20,000 new people to meet. In turn, I have met lifelong friends and future colleagues. I put myself in unfamiliar surroundings, but that just meant creating new experiences. The clubs and publications offered me multiple leadership positions, which were doors that opened that I’d never thought possible. It caused me to view the world with a new set of eyes. It brought a new-found freedom and independence. I had a fresh start and new beginning to be exactly who I wanted to be. Best of all? I found a place to call my own, a place I won’t let anyone take away. I found my second home. 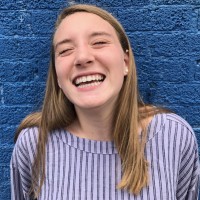 How to Write a Letter to Your Long Distance Lover
Next Post: Party in the USA with These 10 Fourth of July Essentials