Green is the place to be.

Say the words East Lansing, Michigan, and maybe you automatically think “Snow!” But Michigan State University students experience all four seasons on their beautiful campus. As an especially environmentally friendly university, the air on campus tastes fresh and uncontaminated. From the grassy lawns to the trees to the students’ school gear, you won’t miss out on any green at MSU.

Often, you will encounter students who love this school, not because their family members have also gone there before them but because the school has such a welcoming and intriguing atmosphere. “I have never met anyone that doesn’t love their time at MSU. There is a balance that comes with going to MSU, it provides an excellent education and prepares you for the future but it also provides you with a family and a community,” junior Gracie Goble said. For MSU students, the campus may be large but the community still feels very tight knit. According to Goble, their school feels more like a home than an educational institution.

Obviously, your college classes make up a big part of your experience at the university, but the people you meet matter a lot, too.. “I’ve had a really good experience and met some really cool people here. I was surprised how small the campus ended up feeling after a while since it felt so huge when I first got here,” junior Arts Major and Humanities and Museum Studies Minor Shayla Croteau said.

This school was home to super successful writers Pulitzer Prize Winning journalist Richard Cooper and Gary Cohn, Marvel and DC comic book character creator and writer. The first mayor of Grand Rapids, Rosalynn Bliss, also graduated from MSU. And none other than the greatest basketball player of all time, Magic Johnson, attended MSU as an undergraduate. He chose this school because of the athletic talent that the basketball team had and his potential to thrive there. He majored in communications and surprisingly had no plans to go to the NBA. But aren’t we glad he did? MSU students, you are walking on sacred ground.

A university as large as this one has a million many cool places to hang out, whether that be indoors or outdoors, on-campus or off-campus. “Regarding cool places to hang out, now that I am 21, I love going to the bars on the weekends! There are plenty of small and unique bars  right near campus that plenty of students hang out at like The Riv, Crunchy’s and PT O’Malley’s. There are plenty of great restaurants as well right outside of campus,” senior Nicole Mosteller said.

Athletics offer more than competition; they offer a great social event (raise your hand if you have just gone to a sports game to talk with your friends or see that cute that you never talk to). “For cool things to do on the weekends, sports games are great! We have great sports teams, so the football, basketball, and soccer games are all fun to watch. Again, the bars are a fun scene, but campus has other interesting sites to see,” Mosteller said.

Students don’t need to even leave campus to access a variety of places for entertainment and food. “Campus is basically a mini-city itself, so people get together in the dorms and in their off-campus homes and apartments. Students also enjoy eating and grabbing a drink or two at the restaurants off of Grand River,” Mosteller said. The eats can be found at Peanut Barrel, Sansu Sushi and Cocktails, Georgio’s Pizza, and Bell’s Greek pizza. Not to mention all the other faves like Starbucks, Subway and Tim Horton’s.

This campus feels part city, part campus, part art, and part nature. Other cool places to be seen include the Broad Art Museum, Wharton Center for Performing Arts and the Horticulture Gardens.

“There is a lot of partying but not over the top, unless you want it to be. It also depends on people’s major, some majors have more free time than others and may spend that time partying,” junior nursing major Gracie Goble said.

2. What can you get in trouble for on campus?

“In the dorms you can get in trouble for quite a lot such as noise issues, drinking, smoking in a room, and roommate conflicts. Outside of dorms, that’s a little broader. School wise, you can be put on academic probation, can get a parking ticket (big issue at MSU because there isn’t a lot of available parking and it’s a big campus,” Goble said.

Some people meet their matches in Greek life. Others meet their mates at parties. Many student couples at MSU were also classmates in high school. Audrey Baetz is one of the lucky ones. “I’ve had a boyfriend for the past 1.5 years that I have been here,” Baetz said.

“My cousin was an incoming freshman this year, and my number one piece of advice to her was to branch out and meet as many people as possible. MSU is such a diverse school and everyone is so much less judgmental than high school. I also told her that this is her time to find her passion and herself as well. If you choose a major and don’t like the direction it is going, choose one you think would suit you better. This affects the rest of your life, so choose something you like doing,” senior fisheries and wildlife major Audrey Baetz said.

5. How would you describe the campus?

“Campus is really big and sometimes classes are a bit of a hike but in my opinion it is so worth it. There’s a lot of beautiful green space mixed in with buildings that are old and new and it’s right along the Red Cedar River. I really enjoy walking/biking to and from classes,” senior Emily Zimmer said.

“So far, my experience has been up and down, but mostly positive. It took me a semester to acclimate, but once I did, I fit right in. I came to MSU for a specific field of study, and I’m very glad I did! I’ve been succeeding in my courses, networking with my professors, and I’ve made a few friends along the way.” – Nicole Mosteller, Class of 2018

“I do believe this was my top school choice, as both my mom, dad, and aunt all went here. MSU also has incredibly strong natural resource programs and environmental studies. Our chant of “Go Green” doesn’t just apply to our sports teams!” – Audrey Baetz, Class of 2018

“MSU was not in the list of schools I was looking at but one of my friends made me go on a tour and it just felt right. And it was a relief when I found out I was accepted.” – Shayla Croteaumajor, class of 2019.

“I think MSU has a great environment, a lot of people are passionate about why they are there and work really hard but I’ve never felt like it’s a super competitive atmosphere, we’re all in this together.” – Emily Zimmer, Class of 2018.

Do you get straight A’s? Want to volunteer? “KDP Educational Honors society is a club for students in the college of Education with a high GPA. I was VP of Fundraising and an active member in KDP,” senior Shannon Lauren said.

Fiercely competitive Big-Ten school MSU earns some fiercely athletic, fired-up fans. The students wear their passion for their team on their sleeve. “Club Tennis was awesome, a way for people to keep playing being high school that still wanted to compete but not have a huge time commitment throughout the week. Fun people and great way to workout during the week and meet friends,” said Lauren.

“The most popular people on campus are definitely people involved in the college A Capella scene…it’s a great way to get exposed to a lot of different people, and have a lot of fun doing it,” senior Robin said. Pitch Perfect vibes anyone? College campuses offer unique environments in which a capella groups can thrive. Get ready to sing your hearts out like Chloe, Anna, and Fat Amy.

Michigan State is one of the Top 8 schools in the United States. Yet, with a 66 percent acceptance rate, most applicants can get into Michigan State. The school accepts a good amount of in-state students.  For a lot of students, going to MSU seems like a family tradition. “I do believe this was my top school choice, as both my mom, dad and aunt all went here. MSU also has incredibly strong natural resource programs and environmental studies. Our chant of “Go Green” doesn’t just apply to our sports teams,” Baetz said. 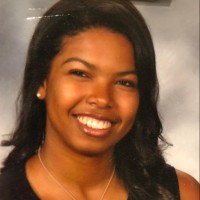 CM’s Guide to Southern Methodist University
Next Post: 15 Unique Coffee Mugs for Your Morning Pick Me Up