Monday is only the first in a sequence of long days packed with classes, student org meetings, work and, you know, trying to keep up with a social life. Mondays leave the weekend in a dim and seemingly unreachable light in the distance. This atrocious day of the week is also when many University of Michigan students avoid the East Quad dining hall like the plague–all because of the weekly initiative to promote food sustainability: Meatless Mondays. But why the stigma, University of Michigan students?

Meatless Mondays make the typically awful first day of the week a day that vegetarians and vegans can eagerly anticipate.

It’s even and an opportunity for meat-lovers like myself to send a little extra love to the planet.

As a sustainability intern at Michigan Dining and as a Program in the Environment major, I’ve learned a lot about the impact that meat has on the environment. Meat has become a crucial component of the American diet and is deeply embedded within our country’s culture. We’re accustomed to eating meat in most, if not every, meal. Hot dogs and hamburgers are cultural icons, staple foods and practically serve as the mascots of an increasingly productive meat industry.

The meat industry, however, is reliant on a number of factors that aren’t kind to the environment or to us.

There’s also a reason that food in the dining halls are served in small portion sizes. Small sizes reduce the amount of food waste produced and allow you to sample multiple entrees during one meal (because with food this delicious, why choose just one?). Every dining hall at the University of Michigan even composts food scraps and paper and sources a portion of food from local vendors committed to an environmentally sound food system. And with the help of students, MDining is hoping to install vertical gardens in some dining halls so chefs can grow fresh vegetables and herbs and students can see food sustainability in action.

In my opinion, environmentally friendly dining is making decisions that are healthy for you and the planet that sustains you. I choose to eat at East Quad during Meatless Mondays not because I’m an environmental science major destined to save the Earth, but because simply choosing to forego eating meat at one meal lets me play a part in creating a new food system and diet that are more sustainably sound.

Not convinced that Meatless Mondays can hold its own? Come back after trying the vegetable cashew korma with basmati rice, dal and naan bread for lunch. Or after you taste the huevos rancheros with black beans, guacamole and pico de gallo during dinner. If those meals sound appealing to you, East Quad also makes four kinds of pizza, cheesy bread, lemon bars and chocolate chunk cookies. And find me a college student to say no to pizza. 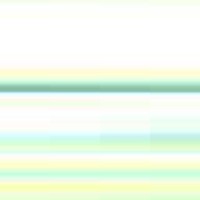 Sophia is a senior at the University of Michigan majoring in environmental science with a minor in Sales.