You are here: Home / Life / Health / I Still Smile as a College Student Living with Multiple Sclerosis

My legs buzzed with tingles, and I felt stabbing pins-and-needles sensations. An odd tingling had pained the lower half of my body two days earlier and sent me to the ER. The medics in the ER didn’t find anything wrong, so I went home. But at home the sensations exploded until my back was wracked with pain, too. My worries about what caused the sensations mixed with the escalating pain in my body making me light-headed–even the lights hurt my skin. Something was wrong. My family rushed me back to the emergency room.

A tall ER doctor in dark blue scrubs took a sweeping glance of my limp, pain-filled body on the emergency room bed. After several nerve tests, the doctor said, “You don’t have Guillain-Barre syndrome. If you did you wouldn’t be able to feel this.” What a relief, I thought. Still, the doc ordered an MRI to find the root of the problem.

“You have MS,” the tall doctor said. Any relief I previously had washed any instantaneously. I was just two weeks out from the end of fall quarter my sophomore year in college. My greatest worry had been final exams. Now I stressed out about living with Multiple Sclerosis.

The doctor explained that he found white spots on my MRI scan and rushed me by ambulance to a larger center over an hour away that was more equipped to handle what he believed was a Multiple Sclerosis exacerbation.

Heavily sedated after the MRI, I lied on the ambulance bed. A smiley paramedic with tussled brown hair sat to my left. I can’t remember his face or even what he told me, but he and I laughed, making the bumpy ride along the river tolerable. He made me smile despite just being diagnosed with the same debilitating disease that had taken my grandfather’s life. The sedation pulled at me again and again as we tried to talk. I finally gave in to the overwhelming desire to sleep and slipped into a quiet rest while we sped the remaining miles away.

As I tried to wake up later, the sedation continued to drag me towards sleep. Eventually, bright lights and white walls all around screamed at me to wake up. For four days, I sat in that hospital room and watched as Solu Medrol steroid dripped from the IV bag into my sore body, suppressing my rogue immune system. I felt the tingles and pains subsiding, and I knew living with Multiple Sclerosis would get better. By the end of the fourth day, I was well enough to go home and my dad wheeled me out of the hospital into the light of a cloudy day.

My symptoms are fairly common for people living with Multiple Sclerosis, although nothing matches up exactly in MS. The commonalities most patients share are that they are likely between the ages of 20 and 50, Northern European descendants, residents of northern latitudes and women. Among other sensation-related symptoms, most patients experience tingling, numbness, sharp pains, partial paralysis, fatigue, forgetfulness and depression. My doctors explained to me all the symptoms that I could possibly have, but nothing fully prepared me for living Multiple Sclerosis.

One blustery December day, a week after my diagnosis, I met my neurologist– a short woman with spunky black hair and an intelligent and kindly glance. Pain and fatigue sent me to her, but she knew just what to say. She reviewed the MRI scans with me, pointing out exactly which little white dots were scar tissue bumps marking the attacks of MS on my nerves. We discussed my lasting symptoms and the prognosis of my disease. By the end of our hour-long conversation, I left at peace with my new diagnosis.

My doctors helped me realize that living with Multiple Sclerosis was something that I could deal with. It was painful and frightening in the beginning, but things slowly got better. Sure I changed little things that college students hate adjusting–like sleeping habits, relaxing periods, diet and even exercise routines–but I became stronger and healthier as the days rolled into weeks. Tears over my new condition slowly lessened and I accepted my lifestyle changes.

I’ve been living with Multiple Sclerosis for a year now. I take an injection twice a month to suppress my immune system, but I can’t shake all the symptoms—the tingling in my arms and legs come and go. I’m still a college student. I live life to the beat of a different drum, but what college student doesn’t? I miss class on really bad days with my MS, but I keep up. I run late to class a lot, but the MS didn’t cause that. My life is busy, but it’s mine. I am a 21-year-old college student living with Multiple Sclerosis, and I still smile. 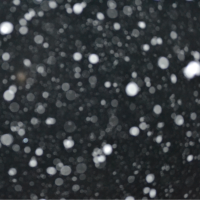 Josie Henderson is a junior communications major at Walla Walla University. She enjoys hiking on her family ranch and watching movies with friends.

5 Ways to Capture the PNW Aesthetic and be Trendy AF
Next Post: 10 Student Orgs Basically Make up Vassar’s Artsy Image