Think of your biggest insecurity, that one feature that drives your self-consciousness. Is it your hair, the nose you inherited from your dad or your terrible hyena laugh? Well, put that insecurity aside, because a new one is about to take the wheel.

“I don’t want to look like a freshman.” I can’t tell you how many times that was said last year among my friends—I was one of the biggest culprits. “Looking like a freshman” will be the biggest worry on your mind, and it’s no mystery why. Everyone wants to belong, fit in and know what they’re doing. It isn’t cool to look otherwise.

It took a little too long for this insight to dawn on me. Two of my siblings attended Boston College before me, so I wanted to think I already knew the campus pretty well, and how to sign up for classes and a bunch of people who obviously wanted to be my friends. I wanted to think a lot of things. I’m now all too familiar with the difference between thinking and knowing.

It was 9:45 a.m. on a Tuesday about two months into the first semester when I finally learned my lesson. Sitting in the library, having just finished my paper that was due in 15 minutes, I realized that I had no idea how to use the library printer. There was something I had to download or some software I had to update, but I had absolutely no idea how any of it worked. The jittery, bug-eyed panic set in.

I texted my sister—a sophomore at the time—and begged for help. She said the last thing I wanted to hear: “Ask someone.” Didn’t she know this wasn’t the time for outrageous suggestions? “Ask someone”—you mean, admit to both a stranger and everyone in earshot that I didn’t know what I was doing? Out of the question.

But as the clock ticked, it seemed to be my only option. I walked up to the Tech Help Desk and informed the student that I had nine minutes to print this paper or my life would be over. She kindly explained the printing process, downloaded the software, and put the paper in my grateful hands five minutes later.

What incoming students don’t realize—and what I didn’t realize for nearly two months—is that for the first time in a long time, when you come to school, you have permission to be stupid.

Once you get settled, being a freshman is the best gig: You don’t have to declare a major or find a job, and you still get to act like the kid that you are. Big life decisions are far away, and any senior desperately trying to build a resume will envy you.

That said, this transition is challenging: making new friends, taking classes at new levels and living on your own for maybe the first time. Don’t make that harder by pretending to be something that you’re not. Be a freshman; don’t apologize for it. 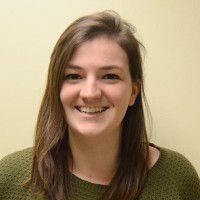 Magdalen is a sophomore at Boston College studying political science and English. She thinks writing is hard but grammar is fun.

7 Deadly Intern Sins
Next Post: An Appendectomy, a Rolling Backpack and the Gift of Perspective