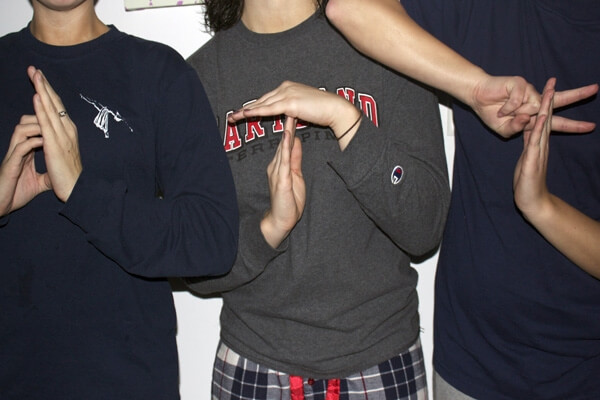 Euphemisms for sex have always been around. Sometimes they’re sweet, like “make love” and sometimes they’re disturbing, like “hit that,” but they’re always an interesting way of revealing how the people who use them, think about sex.

Jersey Shore has popularized the phrase “get it in,” an almost explicit description of the actual act of intercourse.

Christine Seifert, a professor of communications at Westminster College, recently wrote an article for Bitch Magazine in which she described the phrase “get it in” as “a clinical image of the actual act of part A fitting into part B.” She also talked about the way this phrase shifts the focus of description away from pleasure. She explained that this has become a heteronormative phrase: while it could apply to LGBTQ sex, it generally doesn’t.

Jenni Davis*, a sophomore at University of Virginia, mentioned that a lot of people describe having sex as “doing ‘it.’”

This is an almost childlike avoidance of describing what exactly they’re doing – while it’s assumed that everyone knows what you’re talking about, you still shy away from saying the word. However, as Davis explained, describing sex this way can make it “more casual to talk about.”

The Jersey Shore cast also used another word to describe sex, dedicating a whole room to it: “smush."

“To me, that’s so juvenile,” said Seifert. “That’s the way that children who have very little knowledge of sex would think about what sex is.”

The song “Toot it and Boot it” comes off like a PG-version of the phrase “hit it and quit it.” A one-night stand somehow becomes a catchy tune… with a dance to match!

The concept of “scoring” sets sex up as a game in which somehow the two participants become adversaries. Charlie Sheen might be #winning but if we set sex up as a sport in which only one person can “bag the trophy,” we all end up #losing.

Previous Post:How I Landed My Internship at Atlantic Records
Next Post:Sweeping You Off Your Feet