You are here: Home / Television / Let Me Watch Just One More Episode: Why I Binge Watch

When it comes to binge watching, I would consider myself a master. Whether or not this should be something to brag about however, I am not sure. In today’s world of streaming, we all became spoiled and considerably less patient, especially when it comes to the release dates of our favorite series. Access to episode after episode and season after season so readily at our fingertips, created an inner beast within many.

We no longer want to watch shows week to week, but rather wait to binge the entire season all at once… potentially even in one sitting.

In my opinion, the more seasons and episodes to tackle, the better. The more invested I wind up, however, the harder the heartbreak when all the content has been consumed. Anytime the discussion of movies or series arises, I always choose series.

Series allow for a person to connect more and develop a connection to the characters and to the storyline of a show. Movies, in my opinion, never give enough satisfaction due to the lack of time permitted to allow a story line to blossom. This, of course, only makes the post show depression worse.

Post series binge should be considered a real condition, and allow an excused absence from school or work.

Mourning a show comes as no joke and the grief comes in stages. Usually for me, the first step is starting the series over again from the pilot and rewatching my favorite episodes and scenes. The next step would be acceptance in which I come to terms with the unfortunate reality that I can never experience the show for the first time over again.

And finally, the most difficult step remains moving on and realizing that it is time to give another show a shot, thinking that no show will ever compare to the last. Then somehow this cycle starts all over again.

I spent countless nights awake until the sun came up just to continue bingeing my current watch.

I know that this habit may not be not healthiest, however, it brings so much enjoyment that I could not imagine giving it up. Despite knowing that I need to wake up for work, school or any sort of big day, I will still choose to stay awake and continue watching. I always regret this the next day when I am too tried to function though it always seems like a good idea in the moment.

Students binge watch shows for all sorts of reasons. Some of which being boredom, pastimes, interest and especially, to hop on trend. Oftentimes when a new show gets released— especially ones that are released by season rather than episode— they begin to trend all over social media, enticing many to watch. The top 10 category on Netflix makes it especially difficult to not experience FOMO whilst currently binging something else.

It can feel extremely difficult to avert our attention away from a show when it seemingly takes over our lives, leaving us so engrossed and ultimately addicted. The pandemic did nothing but add fuel to this already out of control fire due to the increase in free time.

While it sounds like all fun and games, binge-watching relates more to addiction than to pastimes.

I find those that can watch just one episode or part of an episode to be mind boggling simply because I do not understand the restraint. The science behind binge-watching related pleasure shows that what we actually crave is the feeling of pleasure that comes along with watching episode after episode and not the show itself. This feeling occurs due to a release of dopamine, an important chemical messenger in the brain that has many functions. It’s involved in reward, motivation, memory, attention and even regulating body movements.

Ultimately, no harm can come from indulging in binge-watching, it has actually been proven to be a great way to decrease stress. However, some people get so caught up in it that they do not realize they utilize it as a means to escape from reality. A much needed break from reality should be taken from time to time though too long of an escape can become cause for concern.

Binge-watch to your heart’s content, just make sure to do so responsibly and be aware of your moods and patterns. If everything seems to be okay, carry on, tell Netflix that, yes, I am in fact still watching and don’t plan on stopping anytime soon. 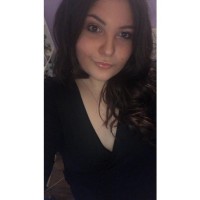 Gabrielle is Senior Communications major and St. John’s University. She enjoys baking, binge watching and believe it or not, working. She hopes to one day be able to excessively travel and maybe move abroad.