I went to a prestigious high school in Beijing, China, and my high school valued GPA over almost everything else. I played important roles in multiple student organizations, such as the editor-in-chief of the school newspaper and the President of Iminent Community Service Club.

The only reason I could get involved in those organizations? I could keep my grades up.

When I found out by the end of sophomore year that my second semester’s GPA had been slightly below 3.8, I was horrified. I knew that my academic adviser would want to talk to me about this. Relief washed over me when she finally called me into her office two days later; I wanted to get it over with.

As expected, my advisor lectured me on the importance of GPA for my college application. She added, with a hint of regret, that I would have gotten better grades if only I had focused more on my courses and less on my extracurricular activities. She even told me that I would be removed from my leadership positions in student organizations if my grades continued to fall. Faced with this threat, I dedicated more time to reading and preparing for exams, and my grades did improve. I graduated high school with a 3.9 overall GPA.

I thought that university would be no different.

When I was choosing classes after my arrival at Northwestern University, my peer advisor suggested that I take easier classes and not overload. Despite this, my arrogance from high school prompted me to do the exact opposite. I took classes with heavy readings and even took five classes rather than the standard four classes.

My first quarter at Northwestern University could be described in one word: miserable. Outside of classes, I usually spent up to 50 hours reading all the materials for class. I was too stubborn to drop a class, even though I knew that my workload was crushing me. I could also have chosen to read less and risk getting lower grades, but the habit of getting As persisted past high school and into university. I studied past midnight not only almost every weekday but also on weekends. When my friends asked me if I had time to hang out, I could only say no because I knew that my readings piled up too quickly.

I strove for perfection, exhausting myself.

There even came a time in the quarter when I slept less than five hours every day. I had breakdowns, crying over the readings because I knew I could not finish them. I turned away from club activities and spent hours in the libraries. At the end of the quarter, when I eventually got my As, I felt no satisfaction. I gave up way too many opportunities for my GPA.

I changed my strategies for the second quarter. Although still taking five classes, I focused more of my attention on student organizations and socializing. As a journalism major and a theatre minor, I wrote for school publications and participated in theatre productions on campus. On weekends, sometimes my friends and I took the train to Chicago.

I still studied a lot, but I realized that making friends and finding entertainment was more important than getting perfect grades. I was not disappointed when I received a B from one of my classes at the end of my second quarter. Had I tried hard enough, I would have gotten an A, but at a high cost.

It took me a quarter to understand that it’s okay to get a B in university. Ultimately, life is not all about studying and striving for the perfect grades. Life is also about building connections with other people and having fun. 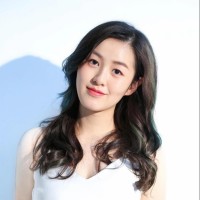 10 Movies to Stream to Get You Out of Your Quarantine Blues
Next Post: 24 Things to Do in Miami Beach in 24 Hours