You are here: Home / Life / I Thought I Knew Exactly What I Wanted Out of My Major—I Was So Wrong

Coming into college I already had the mindset that everything would work in my favor. Yep—I’m one of those rare students that didn’t freak out not knowing what to major in. I guess I just knew that everything would fall into place. When those annoying nosy people asked me what my major was, I remained calm. To look legit, I wanted to claim that I was on the pre-med track, but was afraid of being questioned as to right why I never made an appearance to a chemistry or calculus class. I went to my go-to answer, you know the one that sounds about right: “I’m double majoring in English and Telecommunication,” and for a minute I actually thought I was.

It turned out, I was in the wrong college and that I was on the track to obtaining a degree that I could care less in having. A boring English teacher had my name written all over it. Being the woo-sah type of girl that I am, I told myself not to panic, remain calm and figure this all out.

I went into my Writing for The Media class and from the first moment felt flooded with so many emotions. For starters, he convinced us that we had all mistakenly walked into a chemistry class. I was so excited yet scared all at once that this new class was going to challenge me in ways that I had yet identified. Writing was always my passion, but never did I expect to be writing for the media. It’s a whole different ball game.

I turned in my first news script and was nervously waiting for my results. When my TA gave me my paper back I was thrilled and had the biggest smile on my face. I got an F, but she commented and said that it was solely because of the formatting, not the content.

With my F, I happily walked out of class realizing that my writing wasn’t limited to just essays or fiction stories that I created every now and then. But that I now was capable of writing on a level that could potentially make movies, TV shows and anything else that was film related. I was a… screenwriter.

With this new revelation, I threw away the English major title and embraced my new classified telecommunication major. I felt empowered and realized that my love for movies was actually kind of absurd. I’ve never really taken notice of the crazy cinephile I’ve always been. I plan to use my major to not only bring some extra flavor to the film industry but to also share my story and the stories of others that may not have a voice. Now, when those annoying nosy people come up to me and ask what’s my major I say with confidence, “Telecommunications on the production track,” and proud of it. 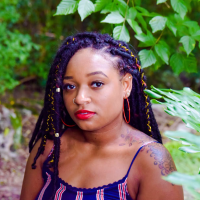 Ashayla Blakely is a junior at the University of Florida working on obtaining her bachelor's degree in telecommunications. She is currently working on developing her craft in writing and filmmaking. She strives to inspire others around her through her work. She lives by the quote, "If there's a book that you want to read, but it hasn't been written yet, then you must write it.” -Toni Morrison.

I Chose a Random Roommate and Lived to Tell the Tale
Next Post: 10 Hulu Original Series That Will Turn Your “Netflix and Chill” to “Hulu and Chill”