You are here: Home / Campus life / William and Mary / How I Ended Up Finding Love in a Fraternity Pregame

As I walked up the stairs to a house blaring Fetty Wap and LED lights flashing through the slanted shutters, I could almost tangibly feel the testosterone bursting from the walls. I open the door, step in and laugh because I was right; it’s all dudes. My fellow girlfriend put me up to attending a fraternity pregame. Even though I wanted a low-key night of hanging with my ~chill~ guy friends, these ~chill~ guy friends wanted us to come to their newly initiated fraternity’s first pregame.

I was content with just a girls wine night, but admittedly, I am very easily peer pressured.

I looked to my right and saw a lively game of beer pong and a life-size Steve Irwin cut out in the corner. I panned left and saw a living space that somehow managed to cram four (4) separate couches into a very small room. On these couches? Boys, and a whole bunch of ‘em. I quickly shot a text to my long-distance boyfriend: “Just arrived at the pregame, I’ll text you later! Have a good night <3” I locked my phone, looked up, rolled my eyes at my friend and entered the less intimidating room: couch central. I felt hyper-aware knowing we were the only girls there and immediately panicked: what couch do I sit on? As I timidly started for a horribly worn red faux-leather sectional, I heard a familiar voice of one of my guy friends: “Maud! Irene! Come meet the boys!” Phew, saved.

As I went around the circle meeting boys whose names I forgot within the second, someone caught my eye: red Hawaiian shirt. I tried not to make eye contact at first but felt his huge, friendly eyes awaiting their turn for an introduction. “Hi! I’m Jonah, your name is Maud? That’s really cool—I’ve never heard that name before!” I looked him dead in the eyes and felt an overwhelming paralyzation as I thought, “Oh Jesus this guy is CUTE, like really cute.” Words felt impossible at that moment and I failed to figure out whether the three white claws I had earlier or this chance meeting made me feel so overwhelmed. My phone buzzed and before I answered him, I looked down: iMessage from Jonny, “Have fun babe, I love you so much and I can’t wait till you visit next weekend.”

Flashback two months prior: It’s the middle of August and I said my goodbyes and I love you’s to my summer boyfriend. “You’ll visit in October and then it will just be a month or so till Thanksgiving break and we can hang out a bunch then!” He tried to reassure me we could easily handle that ten-hour drive between both of our colleges, and I believed him. It will work, long-distance will work with us, we love each other, I tried to reassure myself as my parents drove me off to my sophomore year at William and Mary. It did work; for a while, keeping in contact came easy, but as I started to make new friends, felt more comfortable going out to parties, the weekends and breaks we saw each other weren’t as hard to wait for. We communicated less, but the busy semester settled in and I stayed stuck on the same page—we loved each other, and it was still worth being together. Then, October 8th happened.

I was not looking for an easy way out of the relationship with my then-boyfriend, Jonny,  when I met my current boyfriend, Jonah (something about those “J” names, I guess). To make the story more complicated, Jonah was also seeing someone who didn’t go to William and Mary, and that first night we met we bonded over our mutual long-distance relationships. However, as the night continued and we discovered how much we had in common (like the same area code), our connection grew stronger and stronger and the initial feelings I had when I first saw him only multiplied. We became inseparable, and Jonah shortly after called things off with his fling.

As much as I’d like to say the same, mine lagged a few weeks behind.

Disclosure: I am horrible at breakups. In my head, the relationship felt over way before I said the words out loud. How can I preach that communication is key in a relationship when I lacked the ability to do so for so long? That question was the only thing running through my head for three weeks before I got the nerve up to admit to myself, and to Jonny, that the feelings I have for Jonah will not go away. This was not an easy FaceTime conversation, and admittedly maybe it was a little cowardly to do it over the phone. The alternative was driving ten hours to have a 30-minute conversation that ended in me driving another ten hours back.

How do you tell someone you think you are in love with that you think you love someone else, even if you only met them for thirty seconds? I’ll give you some advice: don’t be like me and wait three weeks. I put myself through an emotional rollercoaster trying to hide the fact I had feelings for a guy I fell in love with, a guy that was not my boyfriend, to my boyfriend! On top of that, when I finally came clean, what upset my new ex-boyfriend was not my broken loyalty, but the fact that I waited so long to tell him the truth. I convinced myself that my relationship is going to last long distance between two different colleges, I’m going to be one of the lucky ones, and I was wrong. If you can make it work, I applaud you. All I know is it’s been two years with red Hawaiian shirt guy and I have never looked back.

Filed Under: Dating William and Mary 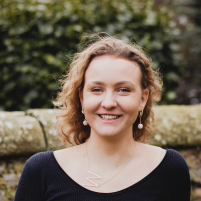 A senior in William & Mary and St Andrews’ joint degree program for English Maud has always been passionate about cracking jokes and cute dogs. Maud (@maudpurinton on Instagram) is an avid skier and mixed media artist and looks forward to pursuing a career in fashion and beauty PR after she graduates.

10 Costs to Consider Before You Commit to an Out-of-State College
Next Post: 21 Songs to Rock Out to on Your 21st Birthday