You are here: Home / Life / How a Nude Picture Extravaganza Made Me Appreciate My Sibling

As a college student who attends the same school as her twin sister, I often feel regret when I think about all the other twins who decided to “break up” when the time for college came. Whether interest in different majors, traveling to different states or the need to claim independence and make friends of their own, the separation of two womb-sharers during college is a scary thought when I realized I did not follow this apparently common practice. However, after giving careful consideration and thought, I realized I had one profound advantage that these newly independent twins did not have, so much so that it I couldn’t believe my stupidity at overlooking it in the first place. Okay here we go.

Lean in closer so I can tell you: my twin goes to the same college as me.

Not only do we have completely different majors, but we also explore the unfamiliar grounds of college together using these differences to make our weaknesses stronger. I tell her what English professors to take and how to properly edit papers, she advises me on how to save money and calculate the derivative of a function for the one hundredth time. Twice as much experience. Twice as much campus coverage. Twice as many mistakes. Twice as much learning from those mistakes.

My favorite moment of the day includes coming home and sharing the episodic novella we call a day on campus. However, I didn’t consider a twin in college an advantage until one particular event she shared with me. This story I will tell may shock you, may give you FOMO (fear of missing out) because you wish you witnessed it, and most of all, make you wish you had a twin so that you can have stories like these to tell your grandchildren.

When my twin arrived arrived to class late, the air-conditioned lecture hall and the sound of her professor’s monotone voice droning on told my twin that it would be like any other day. Apart from sitting in the back of the class because she came in late, she routinely got out her color–coordinated stationery and iPad to take notes. And just like any other day, she didn’t start taking notes until she pressed the record feature on her tablet, just in case she wanted to re-listen to anything extraordinary her professor said.

Suddenly, my twin saw a guy sitting next to her from her peripheral vision spring up from his seat.

With an anxious expression he held an iPhone in his hand and yelled out to the whole class, “Oh my god! Oh my god!” The whole class, including my twin, stopped to look at this guy in the back of the class making a scene. “Oh my god! Did anyone get an Airdrop?” he yelled. As if answering his question the whole class’ persistent silence asked the obvious question to which the boy answered, “I think I accidentally Airdropped something to the whole class.” The class responded with a simultaneous chuckle and it seemed as though this minor problem had ended. He probably just Airdropped a meme or a copy of class notes to the class, no biggie.

The boy continued, “If you got an Airdrop from me on your laptops and phones, don’t open it!” The whole class exchanged looks and began to talk amongst themselves, while he continued to explain himself. Then, as if out of nowhere, another guy stood up from his seat and started to argue with the guy. “That is so disrespectful dude!” At this point, my twin was still confused. She thought this new guy labeled the unfortunate Air-dropper as disrespectful for interrupting the professor. Until, the next comment of the new guy brought the whole class to a deadpan silence. “No one wants to see a picture of your d–k.”

It seemed like time stood still at the realization that the unfortunate Air-dropper had unknowingly committed the unthinkable.

Yes, as you may have guessed and what you considered only possible in American TV shows, this poor guy had accidentally Airdropped a nude of himself to the whole class. He continued to try to explain himself by saying, “It was for my girl! It was for my sidepiece! It was for my baby mama!” as if any of these explanations made the situation any better. As he did this, the other guy continued to ridicule him for his poor Airdropping decisions.

Meanwhile, my twin’s passive professor interjected through his microphone every so often with “Hey…guys. I think we should just sit down.” “Okay…it’s time to relax and sit back down.” Various students turned their backs completely on the lecture in front of them to witness this amusing argument. Some of them took out their phones to record and others whispered to their friends. As if out of nowhere, a girl sitting in the front of the class stood up and yelled at the guy arguing with the unfortunate Air-dropper. “You are so irrelevant. I know you were on the Bachelor in Paris but look at you now. You are so irrelevant now,” she rambled on and on as the two guys continued their heated exchange.

At this point of the story, you might question the validity of these exchanges just as I had.

I could not believe I had heard such randomness that sounded like it came straight out of a Reddit post. I also couldn’t believe that this exchange actually existed between three people at the best public university in the U.S. To make matters worse, the unfortunate Air-dropper continued to explain himself while struggling to squeeze through the narrow leg space between chairs and people blocking his way from the exit. The class’ secondhand embarrassment reached its breaking point and they all turned their anger towards the unfortunate Air-dropper who continued to further humiliate himself. “Dude, just leave!” they all exclaimed in unison. The guy finally decided to leave and shortly afterwards, whether out of embarrassment or fury, the other guy followed.

The class couldn’t decide what to do to themselves after this drama had literally got up and walked out of the exit. The prompting question of their education eventually made them turn back to the professor. The professor continued lecturing in his monotone vice, students went back to anxiously copying down notes and only one thought raced in my sister’s head: “What. The. Heck.”  You may now ask what you can even get from this story despite pure gossip and entertainment but the truth? I don’t know either.

This experience belonged not to me, but to my twin sister.

But even so, I found myself able to immerse myself in this situation and recognize college as a jungle gym of different people doing all these things to distract themselves from their routine. We cannot limit our lives to the exterior campus personas we’ve grown so used to seeing others wear. We have personal lives, our own circles and varying interests. Sometimes these two worlds may intersect and cross paths, and maybe sometimes they overlap too much. 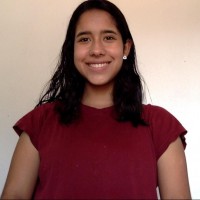 The Toll Cocaine Takes on College Students and Beyond
Next Post: Backpacking Beats Boujee Travel