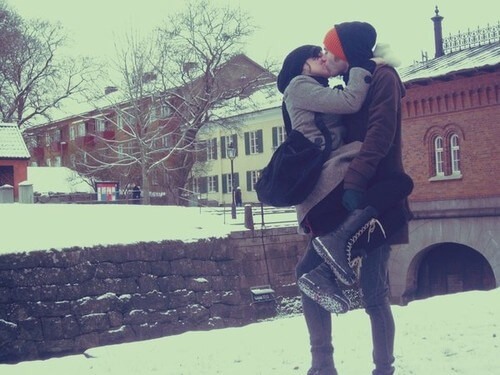 Hottest Places to Have Sex This Winter

The winter may be cold, but what better excuse to heat things up? Of course hooking up in the winter has its challenges and limitations. When it is freezing outside there are few exciting places to have sex while indoors. With the help of readers, CM composed a list of the hottest places to get-it-on during the cold months.

Heat between the seats!

Two CM readers, Mary Falciano from Franciscan University and Shawn Mack from University of Massachusetts agreed that the car was the best place to hook up during the winter. The classic car hook-up may seem a bit high school, but this oldie-but-goodie is the perfect way to avoid frostbite, yet keep the flame burning between you and your significant other. Hop in the car, turn on some music, find a dead end and crank up the heat! Plus, the fear that there’s a possibility that someone will see you keeps the night exciting. Hey, it worked for Rose and Jack while they were in the middle of the Atlantic.

Kailyn Welling junior at SUNY Oneonta suggested the hot tub as the steamiest winter hook up spot. Although Jacuzzis are more popular in the summer, hooking up in the hot tub with the temperature below freezing can make things pretty steamy. Get out of the house and into the hot tub to try something new this winter.

A fun weekend skiing with your friends leaves little alone time for you and your significant other. Take advantage of the time alone in mid air while waiting to ski down the black diamond. Obviously there is not too much you two can do while riding the ski lift, but even a PG hook-up can feel hot and daring!

Set Fire to the Snow

Kathryn Nicholas from Marist College shared her favorite winter hook up spot: in the snow. Hooking up does not always have to be serious. t can also be fun and even silly at times. During snowfalls and canceled classes, many students head out to play in the snow. The fun does not have to stop at snowball fights and sledding; sneaking off with your boyfriend/girlfriend to have hook up in the snow is a great way to keep your relationship hot even during the coldest weather.