You are here: Home / Life / Hey Roomie, Remember That Time You Called the Cops on Me?

Since I found out I had been accepted into my dream university, I counted down the days until I was finally able to move out of my parent’s house. At 18 years old, high school diploma in hand, I thought I could call myself an adult. With adulthood came moving into my first college apartment with one of my best friends from high school. For the entire summer, I searched for the perfect décor to decorate my apartment.

The day had finally arrived and it was time for my friend and I to move into our apartment. We couldn’t contain our excitement. Of course, everyone warned us about what could happen to our friendship by moving in with your best friend. But we had been friends for so long and had a good mutual understanding that we didn’t think we had anything to worry about.

Well, fast forward to the end of freshmen year and low and behold we were able to maintain our friendship. Not the ending you expected right? Well, this story isn’t about my first college roommate, it’s about my second one. As I said before, I had heard about the random roommate horror stories, but I figured it couldn’t be that bad. I thought those horror stories would never happen to me. Imagine my surprise when I was placed with the worst roommate in history.

My second year of college, I decided to live in a three bedroom, three bathroom apartment with another one of my friends from high school and a random roommate. Since I knew at least one of my roommates from high school I didn’t think anything bad would happen.

My friend and I signed our lease for the apartment at the same time so that we could make sure we would be rooming together. However, our third roommate didn’t move into the apartment for the first four months. My friend and I thought we had it made—paying rent for a three bedroom when it was just us living there. Little did we know that a storm was brewing and we were about to be caught in the crosshairs.

When our third roommate finally moved in, it was a complete surprise. I came home one day from class and see a random person moving all of their stuff into my apartment. However, I didn’t hold that against her. It was my apartment’s fault for not notifying me that I would be getting a new roommate. Needless to say, I gave her the benefit of the doubt and treated her kindly.

Everything started out fine. We weren’t best friends, but we had no problems. Then things started to go downhill.

It started off with little things like not cleaning up after herself or refusing to take the trash out. But then things escalated quickly. One Sunday, my friend from high school and I decided to have a few friends over. And when I say a few friends, I literally mean seven people in total.

My friend and I told our roommate that we would be having company and even texted her to remind her. We thought everything would be fine. Imagine our surprise when a policeman walks in our apartment at 9pm on a Sunday night. Shock isn’t even a good enough word to describe what I was feeling.

Apparently, my roommate had told the police that my friend and I were throwing a raging college party and were disrupting her from studying for her finals. Mind you she never once told us to keep it down or even that she was trying to study. Even still, that is absolutely no reason to call the police. Shortly after the whole police incident, the roommate moved out. And I can confidently say she will not be missed.

Listen to the people warning you about having random roommates in college. They have probably gone through their own version of a roommate matching program turned horror story. 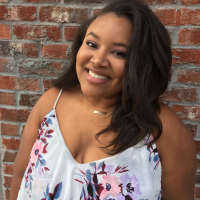 Alyson is a junior at Florida State University studying editing, writing, and media. Her hobbies include wasting time on social media, binge watching TV shows, and of course writing content for College Magazine.