You are here: Home / Campus life / Boston College / Why Are Women Leaving College with Lower Self-Esteem?

College was a place that I thought would help me become a more confident and stronger woman. After entering college though, it seems that a mysterious tiny voice has entered my brain and constantly tells me things like: “All you have to do is achieve a 4.0 GPA to be considered good enough,” or “Watch what you eat! You’ve got to look good in all of your outfits or you won’t be accepted into the hookup culture at college.” Surely though, I can’t be the only one whom this “voice” has infiltrated.

And I’m not, according to the Vice President of Planning and Assessment at Boston College Kelli Armstrong, who conducted a research study through the Office of Institutional Research during 2011 that looked at the change in self-esteem of women from freshman to senior year. Despite many of the women who participated in this survey earning high academic achievements, the results from the survey showed a decrease in self esteem due to BC’s hookup culture, the pressure to dress or look a certain way and BC’s impossible housing lottery system.

In our modern internet media, feminists get a bad rep due to the more radical causes some try to advance–but people often forget that moderate feminists exist as well. Rather than focusing on the issues that radical feminists talk about in media, moderate feminists address issues in a more relatable way. Some of these issues include:

1. Women judge each other by the brands of clothing that they wear.

2. Rather than building a helping community, there is a constant competition in GPA and extracurricular activities.

3. The lack of understanding of different lifestyles.

So why do we need to address self-esteem issues in women? Well, according to numerous sources such as the World Health Organization and Harvard Health, studies show that women are more susceptible to depression than men. With social media being a primary culprit for the increase in self-esteem issues among women and with increased competition in colleges, women’s ideas of their own self-worth must be addressed… now.

The fact that women bully each other about appearance is ridiculous. Way back in elementary school, we learned an important lesson: Don’t judge a book by its cover. At the point when you reach college, students have garnered all sorts of achievements that likely outshine any physical feature or “socially strange” fashion sense. “We all want to fit in while maintaining our own personal integrity,” said Jane,* a Boston College sophomore. Not everyone can afford the same clothes and there’s certainly no issue with everyone not having the same fashion sense. Living in a society where everyone dresses uniformly would be rather bland, anyway, since you would see the same thing everywhere.

The rat race toward the highest GPA is absurd; why should we stoop to the level of rats? There are many different types of intelligence that we forget exist. Whether it’s a more artistic, athletic or linguistic intelligence that you possess, everyone carries special attributes. “You’ve made it this far – Why not celebrate every day?” said Amy,* a senior at Boston College. If a fellow classmate is struggling with something–be it academic, musical or athletic–helping them out could lead to you forming a strong bond. Don’t compete: We’re all women, we all face similar problems (whether it’s having pricier deodorant than men or confusing clothing sizes), so why not be more accepting?

There are many cases where other students don’t realize the different lifestyles of other female students. Whether it’s wearing a hijab or eating certain foods, female students should respect each other because we come from all different walks of life. “To be honest, BC isn’t the best environment for expressing yourself in my opinion. I don’t know what it is exactly, but I remember feeling so constricted and wrapped in this cloud of self-consciousness my first semester in college,” said Grace Chung, a sophomore at Boston College. While it seems that Boston College is a place set on creating “men and women for others,” if we can’t even accept others, how can we ever help others?

Another stop on the never-ending journey to acceptance is hookup culture. It’s an increasingly popular phenomenon at colleges all across America; but, unfortunately, these casual flings seem to put a damper on women’s self-worth. “I hear about the frustration with hookup culture and the constant rejection women face and how they tend to examine their appearance more and more frequently after rejection,” said Kaitlin Astrella, a senior at Boston College. Rejection, even from a casual fling, causes many women to wonder how they could ever even be in a long-term relationship. Instead of constantly judging people for their decisions, respecting each other as people is important to keep in mind.

Universities have slowly started helping female students that struggle with self-esteem. At Boston College, programs like Duo and Rise allow female students to get partnered up with an older student or even a faculty member in order to give them a guide in college. By trying to foster stronger relationships between female students and remind other students that everyone enters college under different circumstances, we might be able to help women love themselves even more as they go through college. And that would be a beautiful thing. 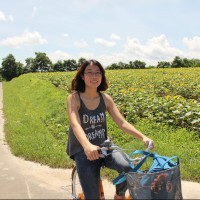 Eileen is a sophomore at Boston College studying English and minoring in Medical Humanities. She tends to hide away from humans, plays lots of video games, enjoys doing yoga, listens to a lot of Indie music, and sings when she thinks no one is listening. Catch her probably at the Chocolate Bar having a vanilla ice latte with an extra shot of vanilla at Boston College.

The 10 Best College Town Burger Joints
Next Post: ‘Tis the Day Before Hanukkah: What to Get Your Girlfriend