You are here: Home / Life / LGBTQ+ / Fight for Our Rights: 10 LGBTQ+ Activists to Be Proud to Know

We know that laws discriminating against LGBTQ+ people still occur all over the world. In the U.S., marriage equality wasn’t nationally granted until 2015 and that’s only one part of the globe. We need to recognize the progress made throughout time that helped transform the LGBTQ+ movement for their rights. These queer activists represent just 10 people that deserve recognition for the work they have done and continue to do for the LGBTQ+ community. Whether it’s through demonstrations or organizations or public and online work, LGBTQ+ activists touch the queer community in indescribable ways. When it comes to advocating for gay rights and uplifting the queer community, these names are what comes to mind. Enhance your understanding of the queer movement through these names. Learning the history won’t only help your history skills, but will bring pride to your new year.

Read on for more information on the 10 most prominent LGBTQIA+ Activists.

With over 500 thousand followers on Instagram, Alok’s modern activism touches countless lives. Their followers recognize their in-depth discussions on gender-nonconformity, especially as it intersects with topics like race and body neutrality. As an Indian-American artist, a lot of their work emphasizes modern injustices in the world today. Alok’s followers also receive insight into their personal goals which involve mental health discussions. For example, among the long and valuable list of New Year’s resolutions they posted, they wrote, “Recognize your worth and your pain beyond their ability to be aestheticized.”

Along with their activism, Alok has three fashion collections that fittingly exist as gender neutral. Including dresses, skirts and much more, Alok brings colorful and powerful fashion to help inspire pride in their audience.

Their work as a public speaker inspires audiences as themes of acceptance, trauma, race allow connections and understanding. This even includes the 2016 Oxford University Global Scholars Symposium. Alok won the 2017 LIVE WORKS Performance Act Award, as well as the recognition of the Vogues’ Nine Trans + Gender Non-Conforming Writers You Should Know. Inevitably, Alok needed to be on this list with their insightful thoughts for their audience.

Artist, writer and activist Travis Albanza makes their stances known and educates the public while doing it. They live as a black and gender non-conforming activist in England and bring these intersecting issues to the center-stage. Operating on Instagram, for example, they never keep quiet about injustices faced by black people. They also advocate openly for the trans community with issues like coming out and language when talking about transgender individuals.

Their work brings them all over and 40+ universities welcome them as a guest speaker. Especially during Black History Month and Pride celebrations, we appreciate Albanza’s work. Here, they also bring attention to racial, gender and sexuality issues faced in society and in feminist circles. Along with their activism and discussions, their art certainly inspires others as well. They are even featured in the U.K.’s prestigious art institution, The Tate. Here, The Tate even acknowledges them as the youngest to ever be included! When searching for a modern activist to follow, Albanza certainly catches our attention.

Victoria Cruz’s legacy accompanies her in the recent The Death and Life of Marsha P. Johnson documentary, wherein we see a more in-depth look of this important activist. Born in Puerto Rico, her family eventually moved to New York City—one of the most notable sights of LGBTQ+ activism in the late twentieth century. In New York, she started her transition and attended Brooklyn College. Her jobs included that of a hairdresser as well as working at a nursing home. It was here she was sexually harassed by four female coworkers. This attack led Cruz to seek help from the Anti-Violence Project. Eventually, Cruz would go on to allow this to motivate her as well.

She works to help countless individuals as she volunteered at the Anti-Violence Project. She would later become the administrative assistant here as well. Her activism and life inspires so many individuals in the LGBTQ+ who are glad to hear her voice in the 2017 documentary.

Despite the crisis in Poland, Margot Szutowicz still doesn’t back down. This non-binary activist actively stands for LGBTQ+ rights in her home where queer people are still being persecuted for their identity. Along with being outspoken in this fight, Margot herself experienced unjust treatment when being unfairly kept in pretrial detention. Not allowed bail or to contact her lawyer, activists see this event as another instance of Poland specifically targeting and punishing LGBTQ+ people.

“Well, I think it’s important to recognize why Margot’s solitary confinement during a pandemic (for a charge so minor that most post-bail and come back for trial) actually happened. The Polish government has been weaponized by L&J, and the EU hasn’t done much about the Article II violations,” St. John’s University senior Peter Trapanese said.

Along with gaining attention for this incident, Margot accomplished much more in her activism. This includes co-founding the collective organization Stop Bzdurom (“Stop Nonsense/ Stop Bulls—”) for radical queer activists. She fights to educate the public on the truth of the LGBTQ community and experience and for this, we recognize her!

Amidst all of her accomplishments, Tonette Lopez’s work certainly speaks for itself. Though she died in 2006, her achievements for LGBTQ+ activism cannot go unmentioned or forgotten. We recognize her as the Philippines’s first transgender woman activist. Her work shone as she pursued HIV and AIDS research as part of her effort to help the queer community— even leading the 16th International AIDS Conference. She also organized the Gay Human Rights Movement (GAHUM) in the Philippines city, Cebu. Along with this advocacy work, Lopez popularized herself as a singer and proudly spoke out about sex work. She cared deeply about this social cause and advocated for sex workers. A standout in her region and around the globe, she won’t be one to forget.

Activist, researcher and filmmaker, this South African advocator for LGBTQ+ deserves our attention. As a lesbian, she and her partner Theresa Raizenberg pushed for queer rights, especially in Cape Town. While this certainly includes her active work, she also publishes in academic research that connects her around the globe. The couple also founded the Treatment Action Campaign specifically to help those with AIDS. This activism majorly geared for the LGTBQ+ community allowed for better healthcare to reach South Africa as well as preventative programs.

This isn’t the extent of Achmat’s leadership work though. With her brother, she founded the Association of Bisexuals, Gays, and Lesbians (ABIGALE). This black-led organization even established the Pride march in Johannesburg 1992. Achmat’s advocacy expands from beyond her physical work and into her creative ones. Her 2007 A Normal Daughter film centers around a drag queen, for example. She also co-founded the Gay and Lesbian Film Festival of Cape Town. With all she’s accomplished, hers is a name to remember.

Most college students know this academic, especially if they’re an English major. A feminist and queer theorist, Butler’s work in literary theory shifted our way of thinking about gender throughout the world. Her ideas influence concepts about gender as a social construct and, specifically, the idea of gender performativity in everyday life. She wrote,“[W]e act as if that being of a man or that being of a woman is actually an internal reality or something that is simply true about us, a fact about us, but actually it’s a phenomenon that is being produced all the time and reproduced all the time, so to say gender is performative is to say that nobody really is a gender from the start.” This example broadcasts her intellect as well as her impactful ideas.

“Judith Butler’s ‘Imitation and Gender Insubordination’ completely changed the way I approach studies within literature, as well as daily life. She explains gender identity as performative, rather than a performance. She argues that society’s idea of ‘gender’ is a product of repetition over time. In other words, gender cannot be limited by practice. Gender is not rigid, which opens the door to push back against the stereotypical barriers in which society creates,” St. John’s University senior Jackie Lepore said.

You can study more of her work through the books she’s written, Gender Trouble: Feminism and the Subversion of Identity, which centers more on gender performativity. The 1993 book Bodies That Matter: On the Discursive Limits of Sex incorporates more ideas on the body, sex and sexuality relating to power in society. A great way to ignite your brain and appreciate her work, Butler’s activism garners respect.

Every history classes need to bring up Rustin’s name. A contemporary of Martin Luther King Jr., he advanced the civil rights movement in the mid-twentieth century and promoted the gay rights movement. Because of his identity, Rustin’s work usually stayed out of the spotlight, despite the enormous impact he had on this defining era. Along with organizing Freedom Rides, he advocated for nonviolence and would go on to help countless refugees and sufferers during humanitarian missions. Just as we learn about other civil rights heroes, Rustin must be acknowledged. His contribution to the March on Washington, for example, highlights how integral he was to this time period. As an openly gay man, he experienced tremendous discrimination and used his skills to push the gay rights movement forward. For countless reasons, he’s an activist to remember.

Here we celebrate the civil rights and gay movement icon, Stormé DeLarverie. A biracial butch lesbian in New York City, her presence in the community touched those around her tremendously and extravagantly. Her contemporaries even referred to her as the “guardian of lesbians in the Village” because of her dedication to be a volunteer street patroller. As for her advocacy, her impact hit everywhere, from Stonewall to daily life. A defense against a police raid at the gay bar The Stonewall Inn, DeLaverie’s presence is integral and well-discussed when looking back. She adamantly opposed describing it as a “riot,” preferring to call it an “uprising.” A confident and poignant word choice, her activist ideals shine through. Along with this work, we also still recognize her iconic androgyny today.

This New York City activist’s work reverberated all over, and that’s why we know her name. She contributed to the advancement of queer groups throughout the city, such as through the organizations she helped create. This includes the Street Transvestite Action Revolutionaries and the Gay Liberation Front. During her time, she used different terms to describe herself like “gay” and “transvestite” and often identified herself as a drag queen. The P in her name, she told others, stood for “pay it no mind.” A flexible and personal view on her gender and identity, it’s something that we can continue to appreciate today. In 1969, Johnson participated in the Stonewall Uprising. This accounts for just one of the many events which pushed the gay movement forward.

“Marsha’s instrumental role in the fight for LGBTQ liberation really highlights the debt of gratitude that our community owes to trans women of color. I think it’s super important for people to learn about her so that we can combat erasure and honor the way people who paved the way for us,” said St. John’s University Spectrum Vice President Leigha Clarke.

In the 1980s, Johnson’s work became integral to activism for the AIDS community as well. A devastating time for the queer community, Johnson engaged with the ACT UP organization. AIDS Coalition to Unleash Power worked against the AIDS pandemic at a time when the community felt forgotten. For all her work throughout her life, Marsha P. Johnson’s spot on this list will stand. 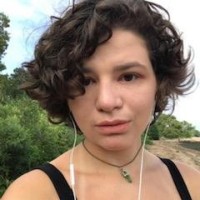 Keeping Up with the Coronavirus: How is it Spread?
Next Post: Top 10 Colleges Where You Can Make A Difference in the Climate Crisis