You are here: Home / Life / Engineering a Friendship in the Unfriendly Female STEM World

As a girl who loves science, I saw firsthand in high school how much it actually sucks. One boy quizzed me on black holes and red dwarfs before believing I was president of Astronomy Club. Another friend asked me to drop computer science so she’d be the only girl. And then of course, a history teacher casually mentioned that women only entered STEM fields to find rich husbands. These make up a few of the many horror stories that most people don’t quite get, but my fellow female scientists know about too much.

These assumptions motivated me to join a learning community for women in STEM fields freshman year of college. I expected a paradise of women supporting women and sisterhood triumphing over systemic oppression. Yeah, not exactly.

My friend told me the story of a girl in her chemistry class that intentionally told her the wrong answer on the homework. The accusation seemed bizarre, but then it happened again. Then, I noticed my roommate claimed her 3.8 GPA was a 3.2 in public. I asked her about it, and she explained she did it so our floor mates wouldn’t ostracize her out of jealousy or actively try to sabotage her. Girls down the hall seemed to speak only in whispers. If you listened closely, you could hear the names of just about everyone on our floor, usually followed by nasty giggles and furtive glances over their shoulders.

My supposedly paranoid friend won a scholarship for her microbiology research project. It got featured in our LLC’s newsletter. After that, the floor treated her like the invisible man. People didn’t even pretend to help her with homework anymore. It was competition turned toxic. The women who were supposed to support each other considered anyone who did well and admitted it a threat.

I felt shocked, confused and generally indignant. Didn’t these girls realize that we were all in this together? Didn’t they realize that I’m unable to tear down the patriarchy by myself?

Of course, my starry-eyed hopes of sisterhood gave way to a bit of cynicism and nostalgia. At least in high school we weren’t on a curve. No practical value existed to tearing someone else apart.

Of course, as far as I was concerned, there still was no reason to act so harshly competitive. Engineering students like myself usually don’t shoot for med school or grad school, we head straight into industry. Although sitting 0n the top of your class doesn’t hurt, you focus on doing the job extremely well, not doing the job better than somebody else.

But for the pure science, math and pre-med girls who made up the majority of my learning community, life sat on a curve. I don’t doubt their passion in the slightest. But I think the idea of there only being oh-so-many grad school spots for people without testicles poisons female friendships. Because if one spot goes to your best friend, another spot certainly doesn’t go to you.

A harsher competition radiates within the female community than with male pre-meds, but that’s fairly reasonable. Women fall under a minority category in STEM, so we tend to be considered as a member of our gender, rather than as a member of our species. The people standing between them and their dreams actively seek out their merit as a female student, not their merit as an overall student. But if they want to get into grad school or medical school, they’ll need to work for this sexist stranger’s approval.

Female STEM majors may gossip, but only to find out who poses the biggest threat. They mess with each other’s lives, trying to secure their own futures. It may sound sly and selfish, but the system demands it. Even when you work hard for four years and sacrifice more than most of your male peers will ever understand, the best you can be will only ever be the best woman—yet still worse than the worst guy.

No surprise, really, that the nicest girls I’ve met here include the engineering and computer science majors. These people understand my passion and my dedication, but, due to the employability of the majors, don’t need to crush me to pieces to get ahead. The disparity strikes hard. When not actively pitted against each other, we band together and really do reach the ideals I dreamed of freshman year.

In my engineering classes, which typically include 25 guys, one girl and myself, I’ve found the female camaraderie I expected freshman year. We’re not competing against the other girls, we’re competing against everyone. The pressure to be the “best woman” vanishes. We’re free to help each other through this exasperating mess as I hoped we would. The few girls here often become instant friends, bonding over incredible frustration mixed with amusement.

The guys who still can’t imagine a world where women can do math hold a grand-scale ignorance in a surprisingly small-scale mind. My male peer may succeed at math and understand chemistry, but he cannot for the life of him grasp the concept of an intelligent girl. Tearing down the patriarchy turns out to be a lot more about helping people with their homework, and gently explaining that, yes, I am good at this—thanks for noticing. 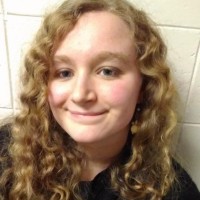 Renee Jerome is a cat lover, an outdoorswoman, and a night owl. She's currently a sophomore at the University of Wisconsin-Madison studying chemical engineering and English lit.

Why Adulting isn’t as Scary as Your Looming Student Loans
Next Post: How I Didn’t Achieve #SquadGoals Freshman Year and Still Survived