You are here: Home / Life / Confronting My Inner Bigot

Born, bred and buttered in the upper Midwest, I was raised on conservative values in a sheltered community. I was taught that classism was poor mannered, sexism was old-fashioned and racism was heartily frowned upon. However, at no point were any of these “–isms” fully explained; I knew they were “bad,” but I never fully understood what they entailed.

Growing up, I attended private Catholic schools until I left for college. My grade school and high school never encouraged nor tolerated the dreaded “–isms,” but feelings of superiority and eventually arrogance were instilled in me and many fellow classmates. Other schools bowed before my high school on athletic podiums, we boasted of the prowess of our International Baccalaureate program compared to the meager advanced placement courses offered at other schools and our parking lots were full of Mercedes and gleaming Beamers.

I left for the University of Wisconsin-Madison with absolute faith in my conservative ways. My narrow-mindedness was shadowed by academic confidence and an unshakeable feeling of superiority. However, UW Madison challenged my ideas within the first week of classes. The university’s liberal education made me think twice about convictions I had previously ignored. My confidence was shaken, my conservative opinions were questioned, and the wool started to peel away from my eyes, piece by itchy piece.

The idea of bigotry had never been a descriptor that I applied to myself. “Bigotry” described ignorant people, and how could I possibly have been ignorant? I read everything that I could get my hands on, I had intelligent parents and went to tough schools. It wasn’t until I studied abroad in Ireland that I started to examine myself as an individual rather than as a small part of a greater generalization. It was then that I saddled myself with the title “bigot.” In fact I was something worse – an enabler, someone who indulged bigotry. Blindly accepting stereotypes, making “harmless” or ironic jokes and living by the rule that the strong are superior to the weak created fertile ground for the seeds of bigotry to grow.

It was during my junior year in Europe that I first witnessed obvious displays of bigotry, all of which I was too shocked and scared to challenge. I saw classism towards the White Gypsy Irish travelers and the scars left by political and religious conflict in Northern Ireland. I watched as a bouncer refused a shapely woman entry to a pub outside Leicester Square because her five o’clock shadow was visible around painted red lips. I listened as a white Swiss man who smelled of stale vodka and dressed like a grunge-era Nirvana groupie interrupted a black man as he talked animatedly on the phone. According to Man #1, Man #2 was unfit to be speaking a coherent language – especially one such as English. This claim was supported by grunts and monkey hoots, as he taught Man #2 how he should speak.

I had never witnessed such palpable demonstrations before, but the underlying feelings were familiar. Similar mentalities suffused the communities in which I grew up. My grade school classmates used “gay” as an insult, my American patriotism made war and conflict seem romantic and glorious and the nine o’clock news condemned certain areas of my city because they were heavily populated with “non-whites.” The blatant displays in Europe woke me up to the bigotry back home, insidious in its latency.

The mantra of passive-aggression and political correctness that dictates my hometown and much of America allowed me to exist indefinitely in my bubble of ignorance. The taboo idea of bigotry kept me from being educated because I never realized that I needed to be. Europe, comparably, is blunt on the subject of bigotry and my thus offended sensibilities made me accept that my privileged life came with the tendency and ability to sweep issues under the rug.

Being abroad also provided me with a unique perspective when news reports of Baltimore riots and shootings in my college town made their way across the water. In Ireland I identified as an American, so I couldn’t write such things off as “things that only happen on the East Coast.” No one abroad cared that I was a Midwesterner or a Wisconsin Badger. American was American, and regionalism meant nothing. I began to disregard my regional identity along with my old world views.

Suddenly the Madison shooting became just as relevant as the protests going on across the country. My newfound sense of indignation at such news went hand-in-hand with abhorrence and embarrassment on behalf of my own ignorance, and I started to shed my old opinions and convictions in earnest. Ignorance is bliss but it’s also damning. And it wasn’t doing me any favors.

To be honest, this jump into reality is scary, especially with naught but knowledge for protection. I would like to fall back into my old, comfortable cowardice in the face of prejudice but now I understand that would be wrong. After a lifetime spent capitalizing on my privilege, I’ve finally realized that awareness is worth sticking my nose into uncomfortable situations. And, perhaps, the fear that accompanies knowledge is a sign that I’ve stuck my nose exactly where it belongs. 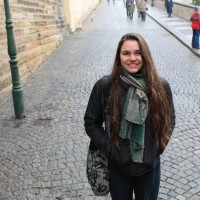 5 Reasons UMD’s Dance Marathon Is Better Than Yours
Next Post: 10 Times Shakespeare Gave You The Perfect Comeback