You are here: Home / Life / Health / Coming to Terms with My Mental Illness

“Have you come to terms with your mental illness?”

I looked at my therapist with some hesitance, reluctant to answer. I wanted to say yes, but we both knew the answer was no.

Throughout my life, I’ve struggled to be normal, or at least meet my family’s definition of normal. My worth was measured in academics, but academics were never my strong suit. To compensate, I invested my time molding myself into the “perfect daughter,” but it came with a price: my selfhood. In high school, I lost friends due to my unhealthy obsession with grades. I spent my time holed up in my room, studying instead of being with friends. Soon, they began gossiping behind my back, but I couldn’t blame them—I didn’t like me either.

School changed me for the worse. I went from being vibrant and full of zest for life to being dull and full of apathy. The social isolation had deeply impacted me. By junior year, my grades plummeted along with my mood. I kept my struggles hidden, but it was a matter of time before my report card exposed me. The slap on my face from my dad served as a bitter reminder of my shortcomings.

In community college, I decided to redeem myself with a 4.0 GPA and planned to transfer into a UC. During this time, I secretly received treatment from a psychiatrist and therapist so my mental illness wouldn’t interfere with my studies. But I didn’t take my treatment seriously because I couldn’t come to terms with my illness. It was another reminder of how I wasn’t normal.

I went back and forth in my treatment. When I improved with my medication, I stopped receiving treatment, but when I got worse, I’d go back, thinking a change of medication and a couple of therapy sessions would fix everything. I believed I could overcome my mental illness easily, but I ignored the heart of it. Eventually, the episodes got worse and became harder to manage.

Before I started my first semester at the University of California, Berkeley as a transfer student, I’d just recovered from a depressive episode. Because of this, I agreed with my psychiatrist and therapist to ease into my transition. They advised me to start as a part-time student to reduce the likelihood of another relapse. Logically, the plan made sense because I needed time to adjust to the new environment. Emotionally, though, I wasn’t okay.

As cliché as it may sound, I wanted to be like everyone else. At Berkeley, a “normal” student took on 15 units, two to three extracurriculars, an internship and even a job. So I decided to register for 15 units instead of the planned 10. With a burst of energy and euphoria, I believed I could do anything. I convinced my psychiatrist and therapist that I could handle the workload and smiled at them reassuringly with an exuberance for the new phase in my life.

Just like that, I “overcame” my mental illness—or so I thought. For a while, I did great in my classes, extracurriculars and social life. No one suspected anything because I only showed my family and my classmates what I wanted them to see. And because they saw this “normal” version of me, they continued to only see my mask. But one night, I came home exhausted from a long day of classes and club activities. Overwhelmed by the urge to sleep, I told myself I would finish my reading before class. However, I ended up barely making it to class because I overslept. To make up for lost time, I skipped my next class with the intention to read, but the lines of text put me to sleep. By the time I woke up, the orange and pink in the sky was morphing into a dark navy blue.

When I did manage to crack open a book, I found myself re-reading paragraphs for almost an hour. I dissected the paragraph into sentences and words until it no longer made sense. Deadlines for papers arrived. The black dash that faintly pulses on a word document became a sore point. My heart pulsed anxiously along with the blinking line each passing second. I choked on my words and like the white screen before me, I blanked out. Unread books stacked up on my desk. My chair turned into a mountain of clothes. I unplugged my computer and shut down my phone. I stayed in my bed for weeks, only getting up to use the bathroom and occasionally to eat.

During my relapse, I felt a large absence of something, but I couldn’t figure out what it was. I didn’t want to die, but I lost the motivation to live. I wanted to fight through my depression, but I couldn’t find a reason. Each passing day, the flame that sustained me turned into a tiny ball of orange, barely holding on, but it still flickered.

Before the semester ended, I mustered up the little energy I had left to tie loose ends, and salvaged what I could. To reduce my workload, I dropped a class which left me at 10 units—the number of units I should have started with. I can’t say how I snapped out of that episode. Maybe it was my new medication that helped me. But I did what I could to complete my assignments on days when my symptoms weren’t as severe. That’s how I learned to survive. I get up and do what I can so I don’t lose my momentum. Even if it’s a small task, I remind myself that at least I’m making progress.

Since then, I’ve been compliant with my treatment. I still struggle with my mental health, but I’m learning to manage it, rather than attempting to cure myself of it. I have days when I’m productive, and days when I’m not.  I’m taking things slow but, most of all, I’m beginning to destigmatize my own idea of mental illness as I accept my imperfections. Contrary to what I believed, I didn’t overcome my mental illness, but I’m learning to live with it. 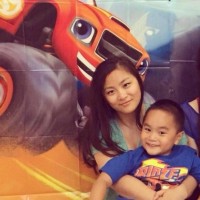 The Top 10 Hardest Colleges to Get Into
Next Post: 8 Cringe-Inducing Ice Breakers