You are here: Home / College Majors / CM’s Guide to the Video Production Major

Maybe you’ve thought about being a behind-the-scenes lass who hauls a camera on her shoulder and works on getting the best shot of a scene. Maybe you’re curious about how those scenes get strung together into a full movie or video clip. Maybe you’re a Vine rockstar who wants to upgrade to the big leagues. In any case, check out video production: a major that will teach you to use fancy, expensive cameras and how to produce kick-ass videos.

You’ll take lots of basic production classes – learning how to use camera, lights and common software—and you’ll also take some philosophical classes like ethics and law in mass communications. These classes are required in order to churn out some hard-hitting and ethical journalism. Though, most of the classes will be about software, software and software. In the digital age, there’s no more room for romantic notions of long reels of film and using scissors to cut movies together. Instead, you’ll use Final Cut Pro and dozens of other programs and softwares. As you go on, you can choose to specialize in the system that works best for you.

1. “Being able to produce and shoot/be involved in my own projects and see them through the whole way from pitch to air.” – Donald Goertz, University of Florida Class of 2013, Production Associate at NBC Golf Morning Drive

2. “While at [Daytona State College] we were required to complete four practicums (internships) at the TV station. This was a wonderful experience to work various positions on a live show.” – Scott Gemeinhart, Daytona State College Class of 2009 (AS) and UF Class of 2013 (BS), Master Control Operator at WTGL-TV45 Orlando

3. “You get access to professional equipment and software, and I got a huge edge on other graduates by using it constantly.” – Jack Kyte, University of Chichester Class of 2013, Freelance Videographer.

1. “Sometimes you have to go through PR to gain access – and sometimes they hinder that, but also they try and lay a hand in producing the vision of what you are going for.” –Donald Goertz, University of Florida Class of 2013, Production Associate at NBC Golf Morning Drive

2. “I can look back at classes like ethics, programming, law, web design and think they really weren’t that fun, but I can say it probably did make me better rounded.” –Scott Gemeinhart, Daytona State College Class of 2009 (AS) and UF Class of 2013 (BS), Master Control Operator at WTGL-TV45 Orlando

3. “I would say that college/uni really isn’t worth it, especially now in the UK as price has tripled. I’ve learned infinitely more on the job in a year than I ever did in the three years I was there.” – Jack Kyte, University of Chichester Class of 2013, Freelance Videographer.

Video production can lead you to the ultimate creative wonderland – Hollywood – or you can choose a more stable path. Good news is that since video media is such a prominent part of our society, there are tons of career possibilities. Anytime you see a video, remember that someone is being paid to make it.

If you’ve always loved sports, this may be a way to follow your favorite team for the rest of your life. You can also get a job producing video for sports channels like ESPN, or like Goertz, the Golf Channel.

Instead of being out on the field, this job allows you to stay inside and edit video at a computer. At schools like Emerson College, you can specialize in areas like documentary or comedy writing in order to prepare for the kinds of television or movies you’d like to produce.

If you’re a studio camera operator, you’re still inside, but you’re also still working with a camera. You get to film shows including TV news and sitcoms. You’ll be dealing less with the crazy idea-men and dealing more with the mechanical aspect. Most of your responsibilities have to do with making sure the camera doesn’t get dropped or accidentally run over by the manic crowds trying to get ready for the shoot, but you also get to make the shots once the set is ready to go.

Because a director is essentially a management position, you get to tell the guys holding the camera what to do. You have to work up to being a director over time, but you do get more creative control once you’re there. You choose frames and get to decide the aesthetic of the show – like whether it will have warmer or cooler colors or if the camera will be as shaky as it was in The Hunger Games. Some people who want to be directors get master’s degrees for more specialized education and to have more time to fine-tune their craft.

Becoming a videographer requires much more creativity as you help to capture a story with visual elements. Positions include shooting wedding videos and helping on the set of a television show. You have more responsibilities than the camera operator, since you are in charge of some of the more technical aspects like switching videos, adding on-screen text and other details. This is also more of a management position. You work with the director to tell cameramen what to do, and work with post-production, playing with effects and order of shots behind the scenes. 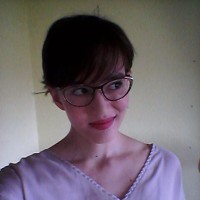 Back to School Shopping for Your Smartphone: 10 To-Die-For Apps
Next Post: Professionalism: Get Your Act Together, Son