Vanderbilt University nestles in the picturesque forests at the heart of Nashville. After a long day of engaging classes, weeknights devoted to studying and a myriad of passionate club meetings, students know how to let loose and have a great time on the weekends. During football seasons, students get decked out in black and gold, paint each other’s faces and spend the day tailgating at fraternity houses before cheering on the Dores. At night, students  head to downtown Nashville to hit local favorite bars like Winners and its next door neighbor, Losers. With 43 percent of the student body involved in Greek life, students often spend their weekends dressing up for costumed cocktails or painting coolers before heading to a “mountain weekend.” Vanderbilt students are truly experts at balancing rigorous studying and taking the time to unwind.

Vanderbilt produces successful alumni whose talents range across a variety of fields. Al Gore attended Vanderbilt University before serving as Vice President to Bill Clinton, making him one of Vanderbilt’s most well-known alumni. Jay Cutler, quarterback for the Chicago Bears attended Vanderbilt and secured many wins for the Commodores in the very same stadium that students now flock to every Saturday in the fall. Book lovers will recognize James Patterson, a popular novelist best known for the Alex Cross series, in addition to several other works. Looking for an international politicians’ footsteps to follow?  Abdiweli Mohamed Ali attended Vanderbilt before continuing to research economics, then serve as the Prime Minister of Somalia from 2011-2012.

Besides cheering their hearts out at football games and Greeking out at darties (day parties) and philanthropy events, social life at Vanderbilt lights up at night. Students take advantage of the school’s proximity to Nashville and often head into the city on the weekend for drinks at ACME when they’re looking for a view. Rebar’s the spot for a chill atmosphere and a game of darts. The go-to hang-out for students looking for late-night food? Cookout, no doubt about it. Five dollar trays that offer a choice of a burgers, two giant hot dogs or barbeque plus two generous portions of sides make Cookout a great place to indulge after a long week of work. Plus, it forces you to get out of bed early the next morning for a jog to burn off those calories.

“Most students attend on-campus pregames in suites and dorms. Many [students] also take advantage of the Nashville bar scene, with bars in midtown, on demonbruen and on Broadway. ‘Big’ party weekends are St. Patrick’s Day weekend and Rites of Spring, a music festival on campus,” senior Mary Marshall said.

“Some first year students do not realize how seriously Vanderbilt upholds and enforces academic integrity. I am proud to say that Vanderbilt has a collaborative rather than cutthroat academic environment, but I would encourage all students to fully understand the Honor Code and the expectations of professors with respect to collaboration prior to assisting a friend on any assignment,” senior Natalie said.

“Because there’s a pretty vibrant partying scene, the hookup culture is pretty intense here as well. Casual hookups are definitely the norm; there is some dating, but it’s far less common than hookups,” senior Caroline said.

“Take advantage of how much they spoil you as a freshman. When I was a freshman, I thought I was ‘too cool’ for so many of the events that the school hosted for us, and I missed out on so much good food. First of all, you’re in college, you’re not too cool for anything, and once you’re not a freshman, you don’t get the royal treatment anymore,” senior Haley Topper said.

5. Where are some of students’ favorite spots to get late-night food?

“Vanderbilt is known as one of the happiest schools in the country, and you can feel that as you walk around campus. Every year as the start of school rolls back around, everyone I know is clamoring to be back. Vanderbilt is full of people who are inspiring, passionate, friendly, and positive. Walking across Alumni Lawn at sunset and seeing people playing Frisbee with the trees framing the scene is one of my favorite views of walking across campus.”–Mary Beth Schatzman, Economics major, Class of 2017

“Greek life is massive here as well. Roughly half of students are a part of it, so campus does feel very much split socially between Greek and non-Greek. People tend to socialize mostly with their own Greek/non-greek crowd, though there’s a big push to make Greek life more inclusive.”–Caroline, Human and Organizational Development major, Class of 2017.

“There is a great mix between social life and academics. The perfect balance in my opinion. As a person from inside Greek life, I want to say that, socially, it doesn’t matter too much whether or not you’re in Greek life. I love that because it’s not like once you join a sorority, that is your only life and the only people you hang out with, it’s just another opportunity to make more friends and get more involved on campus.”–Haley Topper, Physics and Education major, Class of 2017

“The culture at Vanderbilt has pushed me to be the best version of myself. It is definitely intense but is extremely worthwhile.”–Julia, Human and Organizational Development major, Class of 2017

“Definitely a ‘work hard, play hard’ mentality and a place of extremes.”–Mary Marshall, Human and Organizational Development major, Class of 2017.

1. While the promise of 13 hours of dancing in Dance Marathon with friends certainly contributes to this club’s popularity, the organization focuses on much more. Students work year round to find sponsors who help them raise money to donate to Vanderbilt’s own children’s hospital.  “As college students, we are constantly running from meeting to meeting,” special education and child development senior Lillian Brown said. “But my favorite one to go to each week is my Dance Marathon committee meeting. It is an opportunity to connect with other students who are all passionate about this amazing cause and who are all working toward the same goal: to raise money for the children’s hospital right here on our campus,” Brown said.

2. When scrolling through Facebook to get the news gets old, Vanderbilt students pick up The Slant for a dose of comedy and relatable news. Some of their funniest articles throughout the years have included an article that falsely convinced students that the chancellor had died, and an article about the most popular student concert of the year with a fake lineup that caused mayhem. “[The Slant] deals with every topic from political satire to Vanderbilt news to the odds and ends of college life,” editor-in-chief and senior economics major Mary Beth Schatzman said. “It’s a group of smart, hilarious, inspiring people. I love going to meetings because it’s like getting to sit in a room and listen to hilarious people tell jokes for an hour.” Ready to test your jokes on more than your mom and little brother? Check out one of their Wednesday night meetings.

3. Vanderbilt Theater Lab writers and produces shows by students.“So far, we’ve written two shows, one inspired by the story of a dear friend and fellow Vanderbilt student who received a stage IV ovarian cancer diagnosis, and one about the factors leading to the 2016 election,” said Austin Channell, a junior civil engineering and communications science, engineering and technology double major. “Working on these pieces has given our group a chance to dive deep into complicated, thorny topics in an environment where we’re not working to meet requirements on a grading rubric. I’ve cherished the opportunity to connect with my fellow students, to collaborate with others around the country, and to tell stories we believe to be significant and worthwhile,” Channell said.

An acceptance rate of only 11% makes Vanderbilt one of the most selective universities in the country. Stellar high-school academics are an absolute must when trying to get into Vanderbilt. Accepted students have an average GPA of 3.76, so students interested in that golden ticket should probably go to class and avoid falling asleep in the front row. Vanderbilt also values students who score well on standardized tests. Accepted students average a 2215 on the SAT and a 33 on the ACT. Participating in extracurricular in high-school can also help, particularly if you can attain a leadership position on a team or in a club. Applying early decision can also boost your chances of getting in, but excellent academics and a demonstrated passion for learning are ultimately the most important factor in getting into Vanderbilt.

Filed Under: Best Colleges in the US Campus life College Guides Vanderbilt University 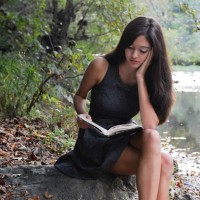 10 Spring Break Trips to Avoid Being Basic AF
Next Post: What Happens if You Say Hello to Everyone for a Week?