Nestled up against the Wasatch Mountains and minutes from biking, hiking and climbing trails, the U makes for one of the best outdoors adventure school. And let’s not forget the absolutely breathtaking scenery from every square foot on campus. Oh, and did I mention skiing and snowboarding? With six major ski resorts less an hour away, the U is any ski or snowboarding junkie’s dream college. No other university in Utah provides that perk for students, hence why the U is ranked number one among all universities in the state of Utah.

The U has produced some of today’s most well known athletes. For starters, Andrew Bogut, Golden State Warrior center, was the number one overall pick in the NBA draft back in 2005. Another great athlete who led the Utes to a 21-1 record as a quarterback before he graduated is Alex Smith from the Kansas City Chiefs. In addition to sports, Matthew Davis, the actor known for his role in Legally Blonde, attended the U before making it big in Hollywood.

On campus, the Marriott Library and the Union prove to be students’ favorites. The library offers comfortable, soundproof rooms to study along with computer labs, cafés and practically any resource you could ever need. When not studying, you can find students chilling in the Union between classes. And the school’s proximity to downtown Salt Lake City makes the U the best campus for students to have unlimited options for exploring off campus. “The best restaurant near the U would be The Pie. It is within walking distance from the U,” freshman Daniel Holstrickter said. Many restaurants, coffee shops and bars are within walking distance, a short car ride or TRAX ride from campus. Not taking breaks and cruising downtown is nearly impossible for students.

1. How much are students partying vs. studying?

“ The only thing I think you would really get in trouble for at the U would be wearing any kind of BYU attire. That definitely isn’t tolerated,” sophomore Cassy Hail said.

3. How much sex are students having on campus?

“I would have to say the same as any other college. I think college is a place to do you and experience everything, and if that means having sex, so be it,” junior Jake Toffer said.

“Three things: Be friendly, have fun and go Utes. That’s really all you need to know to enjoy your time at the U,” senior Nick Rundick said.

5. What are the best bars closest to the U?

“My overall experience has been a lot of walking and hydration, which have both been super important. Aside from that, it has been a great environment, and I have loved it. You can approach basically anyone, but definitely a lot of walking with our big campus.”–Malory Eckbower, Communications major, Class of 2017

“I am from Texas and have been having a good time at the U. There are so many different things to do. I would say overall, I am satisfied here and happy I chose this school.”–Martin Cooprionoviche, Business major, Class of 2018

“One of my favorite things about the campus besides the culture is the food trucks. Not only are they delicious but they are all diverse foods and small business. It’s fun to try new food while supporting local businesses.”–Zach Carlson, Communications major, Class of 2017

“I think the best thing about campus itself is the amount of study space outside. The U also feels like a place that provides a lot of opportunities. Since I am hoping to go to med school, it’s really amazing to be able to attend one of the top hospital systems in the country.”–Elise Vandersteen, Kinesiology major, Class of 2016

“Honestly my favorite part of the U is how green it is. I love all the trees around campus and just how pretty it is here. I also like how easy it is to navigate around campus. Even though it’s a big campus it is easy to find your way around especially with all the maps around campus. Everyone is really friendly here too.”–Christian Camereo, Mathematics major, Class of 2017

Some strapping young men founded the U’s first fraternity back in the fall of 1909 and the first sorority joined campus in 1913. Today, over 1,100 students make up 17 different chapters. The main goal of sororities and fraternities is to push students to excel on a intellectual, personal and social level. “Greek life is a great way to get involved in the school community, seek out leadership opportunities and meet new people. Each house has a different philanthropy where we serve the community. We also support other houses in their philanthropies and academics,” sophomore Jordyn Jones said.

ASUU (Associated Students of the University of Utah)

Associated Students of the University of Utah is a group of student government leaders who strive to ensure that all students get involved with something on campus. “ASUU has been named one of the largest student governments in the nation. Whatever your background or interests, ASUU is sure to provide a welcoming environment for students to explore all involvment option available on campus,” Student Body President Jack Bender said. Students also have the option to become a member of student government through multiple student leadership positions. The opportunities really are endless, so get out there and get involved.

Campus recreation gives students and administration the opportunity to stay healthy an active through numerous clubs, sports and exercise classes. Campus rec not only offers the Student Life Center (campus gym), they also offer rock climbing, swimming lessons, disc golf course, intramural sports, personal training and massage therapy. “Personally I have taken advantage of campus rec, especially when I lived on and near campus by going to the Life Center at least twice a day. I was also lucky enough to work at the gym for two years,” recent Utah graduate Ryan Hess said. Through campus rec, students, administration and alumni can book outdoor recreation trips, rent recreational equipment and purchase discounted lift tickets for major ski resorts. Yet another reasons for all your ski bums to come to the U.

The U is neither hard nor easy to get into. However, scoring well on the ACT is very important. Students submitting an ACT score of 24 or higher are likely to be considered for acceptance. Students with an ACT score of a 28 or higher have a very likely chance of acceptance. “I only got a 20 on the ACT, and I still managed to get into the U. That was 5 years go though. I have heard from friends and even my siblings that it is harder to get in now without having a score over 20,” senior Jammie Swoon said. You also need a fairly high GPA to be considered as well. The average high school GPA of admitted freshman was 3.55. Acceptance into the U has grown harder each year that we have been apart of the Pac-12 and will continue to stay that way.

Filed Under: University of Utah 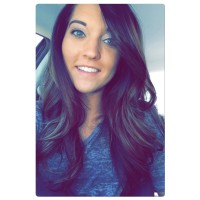