Iowa State is the SO you weren’t expecting to fall in love with. You get everything that a big school in a small town could give you: charm, excitement, Greek life, great sports and a whole lot of nature. With the Reiman Gardens just a stone’s throw away and filled with miles of trails to escape from campus, Iowa State offers more than just a killer business school. But nothing beats the feeling of Saturday football when Cy the cardinal takes the field running with the crimson and gold flag as wild fans cheer for the Big 12 rivalry game against the Iowa Hawkeyes. With a university so unique there is always something exciting, peaceful or scholarly to be done on Iowa State’s rural campus.

One word, three syllables: Campustown. For any kind of night life, you have to head straight to Welch Avenue. You can find college students in line for Paddy’s Irish Pub, dancing their socks off at Mo Jazz or knee deep in a pint at Found Lounge. “Paddy’s is always a party, you see everyone when you go out there,” senior Ally Thomas said. If you need some relaxation during the week, hit the student union on campus–the central gathering spot for students of all kinds. You’ll be sure to bump into that annoying freshman girl from your dorm who never wore her sandals to the shower. #Cringe.

Iowa State was home to the 33rd Vice President of our very own US of A, Henry A. Wallace, who served as Harry Truman’s VP. Another politician from the Ames home base, Joni Ernst calls herself the current United States senator for ISU’s very own state of Iowa. Moving away from the capitols and to the gym, current Chicago Bulls head coach Fred Hoiberg came back to his alma mater to coach the Cyclones before heading to the NBA’s coaching ranks. Likewise, current New York Knicks head coach Jeff Hornacek once called Iowa State his home too. With alumni like these, how could Ames not be a step in the right direction?

“All. The. Time. Seriously, everyone parties here, hard. That’s half the fun of it,” sophomore Adam Mills said.

“Drinking in housing,” junior Natalie McHenry said. “I had some bad luck freshman year. You have to be sneaky or not drink in the dorms, but mostly just be sneaky.”

“As much as any other college,” senior Emily Johnson said.

“Get season football tickets,” junior Sarah Allan. “They are so worth it; you will have the best time.”

5. What was your favorite activity to get involved in?

“There are a lot of intramurals and clubs like that; they were a big thing, and we played broom ball in the winter as part of those and that was all really fun,” alumna Gina Groskopf said.

“Iowa State has not only made me the person I am today, but helped to make the transformation into this person a blast.” – Jess Alders, Business major, Class of 2017

“For me, Iowa State was the perfect balance of small town America and contemporary city life. It’s a place where you can wear cowboy boots, party in cornfields and host a fashion show. We could start our own organization focused on any and everything from grassroots legalization, or marijuana, or the LGBT community. It is a place with small town charm and a big city liberalism.” — Devon Jefferson, Journalism Mass Communications and Apparel Merchandise Design double major, Class of 2016

“Coming in as a freshman, I had no idea what to expect or what I was doing. I found that Iowa State wasn’t just preparing me for graduation, it was providing me with the passion to continue to chase after my dreams and created a foundation that I could stand on. It gave me the confidence in myself to know that I could do anything I put my mind to.” – Joseph Smith, Performing Arts major, Class of 2016

“I remember sitting in my first large lecture hall and feeling very comfortable yet excited. Overall, I felt that the courses and instructors at ISU helped me to gain a better idea of who I am as a designer, how to produce garments more efficiently and ultimately gave me a solid foundation to build my career on.” — Lauren Pearson, Apparel Merchandising & Design major, Class of 2015

“Iowa State was an amazing place to get my degree. There are endless opportunities available; from study abroad to Greek life, internships and a student organization for any interest you may have. It truly is a community that supports you even after graduation.” — Tonya Cross, Apparel merchandising & Design major, Class of 2015

1. If you have an inclination towards service and hard work, Iowa State University is home to one of the longest standing traditions of excellence in ROTC training, recruitment and placement. “When you join ROTC you are devoting yourself to something bigger than just you; you’re learning how to fit into that organization. You learn how to succeed and how to use their teachings to better yourself as a person. You realize after you’re in ROTC that this is much bigger than just yourself,” alumnus and Executive Officer for Hatchet Company, 2-501st Parachute Infantry Regiment, 1st Brigade Combat Team, 82nd Airborne Division Brandon Amerine said. With a history of hard work, passion and prestige, this large student organization has the most discipline too.

3. You don’t have to lose your faith when you enter college, and Cru organizations across the nation help students keep in touch with their faith during the crazy college culture. “I wasn’t extremely active in Cru and it still made a huge impact on my life. It kept me grounded in college; that’s the biggest thing,” alumna Liz Rose said. From short getaways to board positions, Cru holds makes a very real difference for college students across the nation and helps to develop lifelong friendships based on a common faith.

While strong essays and personality in the application is important, a sturdy ACT/SAT score and a high GPA means a lot to ISU. “I remember I was all worried about getting in but my ACT was good and my high school GPA was alright too and here I am. Honestly, I would just focus on those two things,” junior Katie Ellers said. With an average ACT score falling anywhere between 21-29, Iowa State leaves some wiggle room for those poor test takers. But don’t skimp on the GPA because the average is 3.5. With a solid GPA along with some major-specific extracurricular involvement, you won’t have to fret so badly on testing day. 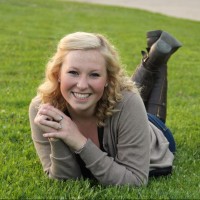 Student writer, English lover, avid reader, and Wisconsin Badger. I am a senior at the University of Wisconsin-Madison, majoring in English and creative writing.

CM’s Guide To Luther College
Next Post: Plan Your Way to a Perfect Semester