You are here: Home / College Majors / CM’s Guide to the Neuroscience and Behavior Major

When you think about it, our brains are pretty incredible—and, well, narcissistic—organs. I mean come on, what’s more fascinating than a compilation of cells and synapses that not only operates our entire being, but also has the capacity to create egotistical and self-deprecating jokes about itself? With the recent upsurge of attention on mental health and the continued discovery of its implications in our society, a demand for experts on this wonder between our ears continues to rise. If you’re a science-minded person with a passion for gaining expertise on all the workings of your scientific mind, it’s time you considered declaring Neuroscience and Behavior as your major.

This major involves delving into courses across a large spectrum of Academia, including: biology, mathematics, psychology, medicine, engineering, philosophy, computer science and physics, to name a few. In other words, it wouldn’t be out of the ordinary for a Neuroscience major to go from a laboratory for a sheep brain dissection, to a seminar room for a heated discussion on the philosophy of human thought, and then back to a science lecture hall for a quiz on the anatomy of the left cerebral cortex. “It’s all focused on how the nervous system works and how it controls behavior,” Program Director of the relatively new Neuroscience and Behavior Major at the University of Notre Dame Dr. Sunny Boyd said. “It pulls in all of these other disciplines in order to fully understand the brain.”

1. “It’s one of the most flexible majors because we have categories, buckets if you will, of courses. So, for example, in the foundation science electives bucket, you have to take three classes, but we have a list of twelve from which you can choose. So, if you want to be a psychiatrist or clinical psychologist, you can sort of slant your program more toward psychology. But if you’re more interested in developing new machines to see into the brain, you can sign up for more towards physics and math.” — Dr. Sunny Boyd

2. [What I learned in the major] has been extremely useful during this first year at Brown Medical School. Learning the basics of neurons and neural circuitry as well as neuroanatomy has made several of my courses much easier. Learning concepts about localizing specific injuries in the nervous system or understanding the mechanism of a drug that acts on the central nervous system (brain and spinal cord) has been really helpful.” –Mark Godding, University of Notre Dame, Class of 2015

3. “This particular major is especially amenable to terms abroad. There are universities around the world who have had neuroscience programs for years. Also, because it is so flexible, students can take other options that aren’t hard sciences. With other science majors, if you get out of sequence with something like physics, you’re in trouble.” –Dr. Sunny Boyd

1. “[One downside is] the amount of memorization. There are so many terms, but once you’ve taken one neuro class you pretty much hear all of them and then you’re set from there.” –Jess Gibson, University of Notre Dame, Class of 2018

2. “The Neuroscience and Behavior major has most of the pre-med requirements in it already, but then it goes deep into neuroscience [making picking up a second major difficult]. If, for example, you had a passion for English, a pre-professional major—which is much broader and has fewer requirements—would allow you to get the med school stuff done and still have a double major in English.” –Dr. Sunny Boyd

3. “With this major you have a lot of science electives and a lot of psychology electives needed in order to graduate. This makes it more difficult to switch into [later in your undergraduate career], as shown by the fact that only two of us were able to switch into it our senior year when it was first offered.” –Jasmine Miller, Notre Dame, Class of 2015

1. Medical Professions: To med school and beyond—Neuroscience and Behavior majors are given the starting point to go on to be doctors, surgeons, nurses, veterinarians, dentist, physician’s assistants and more.

2. Clinical Psychology: Clinical psychologists are primarily concerned with the assessment, diagnosis, treatment and prevention of a large span of mental illnesses and disabilities. From recognizing developmental disabilities in children to treating PTSD in veterans, you’ll be helping brains from all walks of life deal with their respective hardships.

3. Research: Taking their extensive neurological knowledge to the lab, researchers are constantly working to uncover new information about the brain and human behavior that can make positive waves in the world of mental health treatment.

4. Science Advocacy: Working in this field involves being the middleman between the scientific world and the policymaking one. Science advocates give policymakers the necessary insight and data to make the most informed decisions when addressing issues involving science, such as stem cell research.

5. Education: You may need a doctorate for this one, but teaching gives graduates the opportunity to give back the gift of scientific knowledge to the brains of the future.

Does the above sound like it could be your forte? If so: Ring ring! Your brain is calling—and it’s saying it wants to study itself. 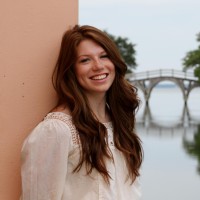 The Time I Didn’t Give Consent
Next Post: Is Your Group Project Giving You Nightmares?