You are here: Home / College Majors / CM’s Guide to the Media Studies Major

What even is media studies? If you’re curious, don’t look to one of my friends, who once asked me, “So do you get to experiment with different media — like oil painting, sculpture and textiles?” Not exactly, Zach. Media studies is the study of the different kinds of media, including print, radio, television and film, and how each type has shaped and helped define the world in which we live.

The media studies major covers many topics, from the nitty-gritties of different genres of film to the sociological study of how Facebook, Instagram and Snapchat make your iPhone your third hand. Since it’s so broad, the major can be tailored to your interests. You can sign up for a documentary class, learn to program in a computer science class or learn about race and gender representations in popular media. Whether you are looking to become the next J.J. Abrams, Tina Fey or Mark Zuckerberg, media studies could be the perfect match for you. Just be prepared to get angry looks from your roommates, who will hate you when you tell them watching films is your homework.

1. “The more distance I get from graduation, the more and more I’m appreciating the critical thinking skills that MDST instilled in me. MDST taught me to think beyond just the creating of media, and be more mindful of media trends and how the media I create and the media created around me fits into and affects socioeconomics, culture, politics, history, etc. At the end of the day, I think media studies turned me into a student of media, not just a producer of it, which has been a more fascinating and enriching way to navigate my career.” —John Petersik, University of Virginia Class of 2004, DIY Designer, Blogger and Photographer at Young House Love.

2. “I think the MDST major really helped me develop critical thinking about media texts — how to respond to media texts, formulate well founded opinions, challenge those opinions, etc. I think it’s the same with other liberal arts disciplines like history, anthropology, English … you get exposed to a bunch of material, you learn how to listen to your own reactions and then stretch outside of them. You learn how to research.” —Ryan Cleary, University of Virginia Class of 2009, Music Store Employee.

3. “I learned media is constantly evolving and changing, but that there will always be an underlying social and service-oriented element to it. I think that has been a huge upside for my career — knowing the industry will never stay the same makes it easier for me to reinvent myself, learn new skills and never feel stuck. I started out in print, moved into online publications and now I’m essentially building a content program that will turn a brand into a media outlet. The delivery system changes — Gutenberg and Zuckerberg both created printing presses; the message is what stays constant.” –Kimberly Farrell, University of Virginia Class of 2004, Managing Editor for Fitbit.

1. “My big complaint about the MDST program is that it focused so much on the academic side at the expense of practical, hands-on experiences. We learned how to critique and evaluate media but didn’t learn as much about actually making and creating it. I was interested in TV and film production, and I had to learn almost all of that through outside internships. I wouldn’t say that I was unprepared once I got to LA and started working in the TV industry, but I was behind the 8-ball as far as figuring out what specific areas of TV production I wanted to specialize in.” –Brian King, University of Virginia Class of 2004, Supervising Editor at Suddenly Royal for TLC.

2. “It might’ve been nice to see more intersections between media justice/theory and other more technical fields — economics, computer science, engineering, etc. I used to work in spectrum auctions at the FCC, and only after I was in the professional world did I realize that there is an economics professor at UVA who published research in spectrum auctions. I remember wondering how was it possible that MDST never collaborated with the economics department on that topic while I was in school.” — Denise Linn, University of Virginia Class of 2010, Program Analyst for Smart Chicago.

3. “One note to future media studies grads: Employers see ‘media studies’ on your resume and automatically think ‘social media guru.’ You’ll have to be prepared to answer the question, “So what exactly is media studies?” over and over again after your family and future employers give you blank stares when you tell them that you are/were a Media Studies major. Sigh…” — Liza Dunsmore, University of Virginia Class of 2011, Media Designer at Edmentum.

Graduating with a degree in media studies will make you a better writer. How you wish to utilize those writing skills is up to you. A career with online blogging, investigative journalism or screenwriting is feasible depending on your media interests.

If your favorite type of media is film, try to chase after career opportunities that involve creating promotional videos for businesses, making short documentaries, working as a film director or even teaching film classes to other aspiring filmmakers.

As an expert in social media, you’ll be able to help businesses grow their online presences through platforms like Twitter, Facebook, Instagram, etc. The great part about seeking a social media managerial role is that it can be applied to just about any company because every business needs help adjusting to the new and explosive online market.

Analyzing film and television through media studies helps you better understand the elements of a good story. Part of the compelling nature of a story is its characters. A casting director is responsible for holding auditions and choosing the right actors to bring life to written characters.

By studying film, digital media and journalism, you’ll understand the luring power of a strong photograph. Being able to help promote a product or idea through imagery is crucial for any business. If people try to degrade the importance of a photographer, tell them to take a look online and count how many images they see in a day. Photography is more alive than ever. 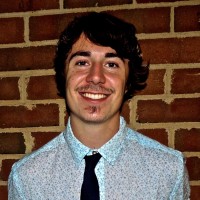 Friends Can Break Your Heart, Too
Next Post: How Not to Be LSad about the LSAT