You are here: Home / College Majors / CM’s Guide to the International Relations Major

International Relations covers all you need to know about the politics of the world from Alaska to Russia. As an IR major, you’ll be an expert on the relationships between countries, foreign policy and the politics of other nations in terms of issues like war, poverty, economy, disease and other global factors. With four years of global economics, history, politics, linguistics and theory under your belt, you’ll be ready to literally take on the world.

As an International Relations major, you will focus on these global factors as they relate to the entire system. It’s a refreshing change from sitting in class questioning if what you’re learning is ever going to be relevant in your everyday life. Going abroad with this major rocks, because you can go to any country in the world and see the things you learned in class before your own eyes—down to landing in Italy and feeling the pain of the exchange rate from dollar to euro that you talked about in your International Economy class. “It’s not a major with a set path, it’s kinda all over the map; that pun wasn’t intended,” said Giancarlo Pellegrini, who graduated from Lehigh University in 2007 with a B.A. in International Relations. This is what most students love about the major: it gives a broad understanding of many topics and issues that are relevant to the world around you.

1. “I have a very well rounded background thanks to the curriculum. Living in an increasingly globalized world, employers like to see that you have knowledge of other cultures and customs. I feel I have an advantage going into the job market thanks to my major.” –Sarah Livingston, International Relations major, Senior at Penn State

2. “The coolest part is that unlike Poli Sci, the international system is characterized by anarchy so you have to frame everything in that concept.”-Matthew Kapitanyan, International Relations major, 2006 Lehigh University graduate

3. “You become a global citizen! The coursework will equip you with a deep understanding of global issues and the strategies that have been and can be used to bring about a better world. You also get to learn from a variety of disciplines such as history, politics, law, economics etc.”- Marieka Walsh, International Relations Major, 2011 Mount Holyoke College Grad.

1. “Many careers in international relations require further education. If you are not planning on going to graduate school, you have limited options.”- Emma Howard, International Relations Major, Senior at Penn State

2. “I wasn’t studying something more professional or practical… I felt like I was missing out on the real world.”- Sadie Scotch, International Relations major, 2005 Lehigh University graduate

A degree in International Relations leaves you with many options from the public to the private sector to choose for the future.

Congratulations: you are a civil servant. Your job is to carry out the laws that are passed by the government. Within the executive offices of the United States, the opportunities are endless: it could mean working at the U.S. Border Patrol office, United States Secret Service or Federal Law Enforcement Training Center.

2. MEMBER OF THE U.S. CONGRESS

If you’re a people person, this is the career for you. You’ll spend your days finding out what laws people want to be changed, drafting bills, attending meetings about those bills and voting on them. There’s a rewarding feeling in knowing the things you have a say in changing the law.

These are big companies that are based in one country and own/control productions of their goods and services in another. Here, you function as a typical businessperson: operate to make a profit. However, you have to know how to take care of business in other countries. This means you must know how to make profit in other countries and what laws are relevant there and all that jazz that—whaddya-know— you learned in your college courses.

Working in a government-run volunteer organization teaching kids to read in Africa would be a rewarding feeling—as would any position in the Peace Corps for that matter. You use your skills to help economic and social development by working with schools, governments and non-government organizations. “I have been able to put my theory into practice, taking my knowledge to help my community improve their overall health,” Walsh said, now a Peace Corps Health Volunteer working in Mozambique.

With the exception of medical school, most graduate schools don’t intend for their students to come in with a large background in the field they are entering. When attending business or law school, having a background in International Relations will help understand how what you’re learning applies to the world. “I see cases everyday day that relate to the relationship between countries and international law, and I feel have a leg up, said Pellegrini. “I learned that in undergraduate, not law school.” 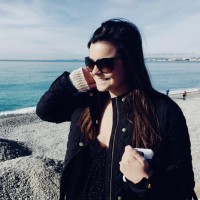 Maggie is a sophomore at Penn State University. She aspires to pursue a career in journalism.

What It’s Like to be a Cuban-American in an American University
Next Post: Five Highlights from the State of the Union Address