You are here: Home / College Majors / CM’s Guide to the Drama Major

Drama students have a calling, an incredible passion for the stage. Expressive and hard-working, they understand communication. Their ability to understand the literary aspects of written plays sets them apart from theater majors. Drama students feel heard, and although the reputation of an easy major may stand, worry not. If you live for the major, find the challenges and rewards. Despite the reputation, drama reveals a difficult yet fulfilling journey that opens doors not limited to the theater.

The drama major challenges students to learn the importance of working as an ensemble, not as individuals, and to adapt quickly to change. Students take classes ranging from the categories of performance, tech, history, literature and criticism. These prepare a major to potentially perform and adapt to any project and become a part of something larger than themselves with the goal of putting on a spectacle. The major also nurtures creativity and critical problem solving.

The drama major ranges in classes you possibly take. This includes tech classes like set design, where students learn the aesthetic qualities needed to create the idea of a setting and a feeling. And of course, no major completes itself without a history course. History courses in drama go from the history of theater, where students learn about Shakespeare and Venetian operas, to a refined course on a particular playwright. Drama students also learn about the criticism of their practice. They analyze scripts that prepare them to critically think and produce works of their own.

As with any discipline, drama students must pursue internships proactively. With hundreds of regional theaters across the country, many apprenticeships present themselves to students to learn what goes into a professional production. In these regional theaters, drama students work as an extra hand in almost any technical field or as an apprentice to the director or stage manager. Larger companies like the Kennedy Center invite students to learn what it takes to run a venue. Big name companies like Pixar, Fox and ABC also look for drama students to intern for the production of media outside of the stage. Finally, the big one: Broadway hosts numerous opportunities for students. They can work for a summer on a full-scale production doing little jobs. This helps students make connections and allows them to become a part of something larger than themselves.

The scary aspect of choosing a major usually lies in the fight between employment and passion. However, with drama students, passion lives in almost every employment opportunity. “There are theatre majors in every field so it serves as a toolset and stepping stone, but is in no ways a hindrance to whatever you choose to ultimately pursue,” said UVa alumnus Carter Wilson.

Production managers lead all things not seen in the production of a play. They deal with budgeting, finding the most affordable option and finding the potential income from ticket sales. Plus, they keep a hand in the process of hiring not only actors but workers as well for backstage, costumes and set construction.

Marketing professionals create visuals or other means of advertisements to bring an audience to the production or film. Not only that, but they work with the director and other production managers in to find what defines the work, using critical thinking to find a perspective that attracts viewers.

An actor uses his skills to convey a character. They work with the director on almost all aspects of their character. However, actors work sporadically and almost every acting job they get comes to an end. They must go from audition to audition and compete against many other skilled actors to find work.

Screenwriters live to write. They work creatively to write a piece that impassions them and potentially thousands others. However, they must work so their piece becomes recognized, whether through an agent or a publishing company. After that, they work in making big decisions for the production with the director and actors to create their vision.

The casting director needs to find the perfect vehicle to portray an imagined or historical character. This process involves communication between the director and the writer for understanding what each of the characters need.

1. “The most important lesson I learned in UVA Drama was that no one is going to hand you anything you get in life, especially things that have immense amounts of meaning. If you want something truly special, you have to work for it and put your entire self into the project.” – Carter Wilson, UVa Class of 2016

2. “I felt like my drama classes were the only space I had where my voice was ever truly heard. I feel like in many classes there is a lot of talking that occurs, but ends when the class is over — this is not the case at all with drama.” – Andrew Burrill, UVa Class of 2016

3. “I have branched out in different directions of performing to make myself more marketable to casting directors. I will basically always be in a constant state of learning and improvement. It is grueling. However, there is nothing else I would rather do.” – Alisa Ledyard, Kent State University Class of 2007 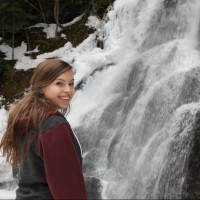 The Death of a Dancer
Next Post: 10 Shirts that Expose Your Inner Book Worm