You learned about Boston in every American history you’ve taken since the second grade. It’s home to the great Boston Tea Party, Paul Revere and many Revolutionary War battlegrounds. But if you’re no history buff, there’s no need to remove BU from your list of potential universities. Students can never be bored while living in such a large metropolitan city. Boston is alive with sports year round and traveling to another city or state for the weekend is only ever a train ride away. Though we call it a “small” school, you can guarantee to meet new people each and every semester. And while the workload proves challenging, the Terriers practice a “work hard play hard” mentality.

There are many notable alumni who have come through Boston University. From civil rights activists to leading actresses and others in the entertainment industry, BU grads have found fame and continue to give BU it’s prestigious name. Reverend Martin Luther King Jr. graduated from Boston University with a Ph.D. in 1955. Who wouldn’t want to follow in the footsteps of a great American leader? Award-winning actress Julianne Moore graduated from BU in 1983. Take a hint from her and keep the drama out of the classroom and save it for the big screen. Watch her in popular movies such as The Big Lebowski, The Kids Are All Right and Crazy, Stupid, Love. Seen in television shows such as Once Upon a Time, Walk the Line and Something Borrowed, Ginnifer Goodwin was a member of BU’s class of 2001. BU is basically like Disney World. Making dreams come true every day.

BU has activities to please every personality type, not just the studious and the focused. Find foodies grabbing a bite and posting IG-worthy pics of delicious eats from any of BU’s on campus dining options. Spot athletic jocks at a Red Sox game at Fenway Park while brainiacs test the bounds of their knowledge at Trivia Night at Shake Shack in Harvard Square. Not to mention other schools like Harvard, MIT, Boston College and Tufts University are all in the surrounding areas. So don’t be surprised if a student from BU is best friends from their rival over at Boston College. Keep your friends close but enemies closer, am I right?

“Most people I know always put academics first, and then make time accordingly for going out, which I think is ideal in order for you to succeed in college, especially at a rigorous school like BU,”said junior Andrea Poveda, junior said.

“[BU is] a big school, so they don’t let a lot slide. I certainly wouldn’t want to cross anyone you know there. BU makes it very clear that they don’t mess around. If you misstep you’re gonna pay the price,” sophomore Bella Ziobro, said.

“It’s definitely not an oppressive hookup culture attitude. If you want to do that you can, but if you don’t want to, you definitely don’t have to,” sophomore Lexi Pline said.

“[Don’t] join everything because its not possible to be a part of a bunch of clubs. Just join a few that you think you really will enjoy because it really will make a difference throughout your time here. You’ll get to have different friend groups and meet different people,” said Jess Bonet said.

5. Why did you decide to come to Boston University?

“When I was looking for schools, I was actually just coming off a pretty severe broken leg. I had to look around for a school that was gonna be handicap accessible…I found out really quickly after coming on [a] tour that Boston is that way,” said senior Connor Lenahan.

“At BU we have the school of business, the school of architecture, general studies [and] arts and sciences. You can do double majors in any other college, you don’t have to belong to any one specifically.” – Guillermo Gonzalez Loyola, Finance and Management Information System major, sophomore

“Something that’s surprised me is probably the diversity here. My freshman year, I lived on a floor where I had two Lebanese girls, a girl from Brazil, a kid from Paris, a kid from Puerto Rico, a kid from China [and] a student from Africa. It’s kinda great because you get to learn about how other people live back home.” – Jess Bonet, Health Science major, senior

“BU is in such a perfect spot in the city that it makes for an awesome experience if you take advantage of all the things Boston has to offer, like going to the MFA or going to a Red Sox game,” – Laura Labrecque, senior political science and religion double major said.

“It’s been overwhelmingly positive, I got to say. I’ve never found a school that’s perfect for what I was looking for, but more just kind of open and welcoming to things that college students want.” – Connor Lenahan, Film and TV major, senior

“BU doesn’t have what one would call a stereotypical college campus. Nevertheless it feels like a little community.” — Andrea Poveda, International Relations major, Junior

1. Greek Life at BU is comprised of 12 fraternities and 12 sororities. It’s a great way to make a school of 18,000 in a large city like Boston seem a lot smaller. Though the Greek community is small, it can definitely leave a lasting impact on your life. “Greek life is different than you’ll find at a lot of other really big schools. It’s like walking down a street in your small town and knowing everyone you see,” Ziobro, a member of Alpha Phi, said. If you’re feeling nervous about making friends or finding where you fit in, don’t hesitate to attend some recruitment events and learn more about each sorority or frat.

2. The Daily Free Press, BU’s student newspaper, has circulated for nearly 50 years. It has both print and digital readership. To discover your inner Rory Gilmore, be sure to fill out an application and send it in on time. “I’ve gotten to get professional experience and see how the actual journalism field works. You really get a look at what it would be like to work at a real newspaper,” Pline said. And if you’re currently a journalism major you know that experience is everything. This easy way to get your foot in the door will open up a wide array of opportunities to add to your resume and portfolio.

3. Stage Troupe produces shows for Boston University and for the city of Boston. With the exception of students in the college of fine arts (who have their own program), Stage Troupe is an accessible theatrical organization for collegiate undergrads at BU. And if you’re feeling a little homesick or like no one gets you, joining the troupe is the right move. “It’s a little bit of a home for misfits. We’re all completely dysfunctional people in some way shape or form, and we’re all different. Stage Troupe and theater provides a home for everyone,” senior Sydney Charvat said. “It’s a very inviting group of people, and it’s very welcoming.”

What can help you stand out from all the other high-school seniors with great grades and test scores? Participating in sports, clubs, volunteering or a part-time job. Set yourself apart and stand out by joining organizations and causes you believe in. It can even be a great topic for your admissions essay. BU utilizes the Common Application and offers both early and regular decision. Having stellar grades and SAT/ACT scores definitely push any student’s app forward too. The average SAT scores of accepted students is 2067 and the average ACT score is a 31. Maybe that tutor is worth the extra money. 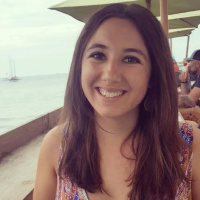 10 Ways to Avoid Going Broke in College
Next Post: You Won’t Lose Your Friends When You Graduate College