You are here: Home / College Rankings / CM’s 10 Best Languages to Take in College

Picture this: You’ve been stuck taking Spanish for ten years and still can’t hold a decent conversation, when suddenly your college class lists are posted and you have the opportunity to take Farsi. Or Ancient Greek. Or even JavaScript. But how do you pick one? Not to fret, CM has compiled a list of the top 10 languages to study in college based on the language’s worldwide popularity, study abroad opportunities and demand in the workplace. Get ready to hop on Google Translate.

But that’s a dead language! Sure, the naysayers have a point. But the classical languages aren’t only extremely useful as foundational languages, but are even required for some majors. Learning Latin will make learning any romance language a breeze, and you’ll notice that even your English vocab will perk up. Ancient Greek and Modern Greek use the same alphabet, but you can’t walk into Athens sounding like Homer. However that doesn’t mean that Italy and Greece aren’t excellent places for study abroad opportunities.

If you’re looking for the next up-and-coming language in diplomacy and international relations, look no further. Korean is killing it in the diplomatic spheres and it’s also the CIA’s number two language in demand. Although Korean isn’t very widespread, it has over 150 million native speakers and is the official language of both South and North Korea and two provinces of China. While study abroad options are limited to South Korea only (you can’t reenact The Interview, sorry Rogan and Franco fans), massive job opportunities are available in South Korea’s capital; experience the soul of Seoul.

Let’s face it: you’ve wanted to take Japanese ever since you started playing Pokémon, watched Sailor Moon or bought that Hello Kitty backpack. But learning the language is no walk in the park, Japanese is a pictographic language and has three alphabets. But don’t let that hold you back. “I just love Japanese. I think [Japan]’s a great country and has great food and culture, and if I could live there I probably would,” said junior University of Denver psychology major Tim Cottam. But if the Japanese Isles are a little too far from home, you can always study in Hawaii. With 16.7 percent of Hawaii’s population speaking Japanese, the University of Hawaii has an excellent Center for Japanese Studies and Hawaii-native, DU junior international business major Mihana Johnston, said Japanese tourism has a huge economical impact. “I took it to improve my Japanese and connect with my culture, and also because of business,”she said.

If you plan on majoring in business, history, art history or film, you found your go-to. Many grad schools, such as Penn State and Wesleyan, require proficiency in German if you’re an art history major. “[Germany] is super clean and organized, with a great economy and a great arts scene,” said Wesleyan junior German major Sadie Renjilian. The hub of the arts also has around 100,000 native speakers. Bonus: The Economist reported that the average starting salary for an American college graduate who studied German was $128,000 compared to $77,000 for French and $51,000 for Spanish. Tho$e dollar $ign$ $peak for them$elve$.

As the fourth most popular language in the U.S., ASL is the primary language for those hard of hearing, and is also used by those with Down’s syndrome and other disabilities that affect hearing or speech. Despite the name, ASL is used in the U.S., Canada, throughout West Africa and even Southeast Asia. ASL isn’t localized to one culture or region so you’ll never have to travel somewhere to use your language, unless you want to.

Coding is a relatively new “language,” but it’s an invaluable part of  computer science. If you’re a STEM major with no real knack for linguistics, look no further than your own department. Your resume will shine with JavaScript or HTML fluency. This is also a great choice if you plan on remaining within the U.S. “For hiring within the U.S., language does not factor in. [We are] an engineering company but knowing various languages does help with mobility in Ericcson globally,” said Sue Wallace, recruiter at the telecommunications company Ericsson. However, knowing how to code is a requirement for many jobs at Ericcson and other telecommunications and engineering companies.

As the most spoken language in the world, Mandarin by far takes the cake in terms of worldwide popularity and usage. And yet, study abroad opportunities are rather limited. Mandarin is localized to northwestern and southwestern China and Taiwan and is only one of over 250 languages spoken throughout China. But, Mandarin speakers can be found in almost every country. Mandarin would be a perfect language to accompany business, international studies, government or any humanities majors. Although learning a pictographic language that relies on tones and symbols isn’t easy, it’ll be well worth the effort.

Thanks to colonialism, French is the second most widespread language (our homeboy English comes in first), is the official language in over 33 countries and is found in every hemisphere and continent. It’s also a recognized diplomatic language throughout Europe and the Caribbean. On top of the enormous popularity and study abroad opportunities, French is almost a requirement when it comes to international relations, government and diplomacy. Plus, knowing more than just omelette du fromage can come in handy when you’re trying to romance that hottie in your marketing class.

There are more Spanish speakers in the U.S. than speakers of Mandarin, French, German, Italian, Hawaiian and all of the Native American languages combined, and it’s the most widely spoken Romance language in the world. Study abroad locations, although somewhat limited to the Western Hemisphere (besides Spain, of course), are incredibly diverse and can range from Machu Picchu in Peru to the cobblestone streets of Madrid. If you’re looking for a language that you’ll  use the most often, Spanish is your best bet, amigo/a.

With over 27 countries who name it an official language and 300 million native speakers, it’s ridiculously popular and #trending. Plus, as the practiced language of Islam, Arabic can be found on every continent and in nearly every country. You might even be able to study at the University of al-Qarawiyyin in Morrocco, the oldest university on planet, founded in 859 AD (by a woman too, no less!). “I chose Arabic because I was interested in the Middle East and knew that I wouldn’t be able to really study the region without attempting to have a grasp on the culture and language,” said Kate FitzSimons, a Middle East Studies and International Studies major at Fordham University. The CIA also ranks Arabic as their number one language in demand because of increasing matters of business, diplomacy and economics. But whatever your major is, know that Arabic would be helpful, profitable and awesome supplement.

Of course, while each language can be beneficial in it’s own way, it’s always best to take the language that YOU want to take. You should study what you like and not feel pressured into taking courses that don’t interest you. If everyone takes Spanish, you can rise to the occasion when someone needs a Punjabi translator. Or Russian, or Farsi, or Vietnamese, or Tagalog, or Cantonese, or Swahili…. 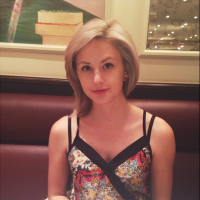 Why I Didn’t Get the Internship
Next Post: Career Services: Your Secret Weapon to Success