We tend to avoid the existential in an effort to simplify our lives. We overuse and downright terrify ourselves with the cosmic, philosophical question, “How did I get here?” especially when our lives veer away from our plans. On the contrary, digging into the past to reminisce on the journey can steer us into a more pleasant and self-fulfilling future.

For me, the question “how did I get here?” arose at way too early an hour, in the middle of a lake, during a time in my life marked by great change.

A few weeks into my sophomore year, I half-jokingly discussed my interest in joining the rowing club at Florida State University with a friend on the team. Her exuberance for the sport showed through her wide smile and grandiose gestures. Her passion drew me in. And after my freshman year of doing little to nothing extracurricular-wise, I decided to take up a sport I knew little about. I think all the free time I spent during my first year drove me to sign up. Between my sparse visits to the poker club and that one time I showed up at my friend’s intramural flag football playoff, I had some open hours for a little more activity.

The trial week for newcomers lasted seven days. I did not attend the first six. Something about getting up at 5 a.m. every weekday rubbed me the wrong way. However, on the very last day, my friend politely berated me enough to spark a speck of motivation. That speck carried me all the way to the lake where the team practiced.

I hustled among dozens of strangers as we warmed up and to my surprise I recognized a few faces from freshman year. We quickly gravitated toward each other, bonding over our disbelief that anyone would willingly get up this early every weekday, not to mention Saturdays. Next thing I knew, the coach called my name. I threw myself into a racing shell and paddled out onto the lake.

I didn’t know how to row and as I look back on that day I can’t recall if I did well or not. I can still feel the burning in my arms and the frigid air that surrounded us. No one was cut from the Florida State rowing club. The early practice times deterred enough people. As I stuck around the following weeks the number of newcomers waned until there were only about 15 or 20 of us. Just like that, I became a part of the team.

From there my involvement only improved. I soon found that due to my stature, I was able to pull longer strokes. By the time spring semester rolled around, I was a solid member of the varsity four-man boat. I started showing up to board meetings. At the end of the 2016 season I ran for recruitment chair and won the election. I still may not fully understand the impromptu nature of how I initially got here, but I was here to stay.

Being on the board shed light on the problems the team had to deal with, absurd problems that arose daily: everything from garnering interest to our relationship with the university to dealing with property taxes and paying off boat loans. Something went wrong every regatta. People got lost. Boats were sunk, broken, maimed. Dues weren’t paid. We scraped together the thousands of dollars necessary to repair our equipment. At a regatta in the most recent season, our truck towing the trailer of boats inexplicably caught fire not two minutes out of the city. We had to leave our boats on the side of the highway and race in USF shells.

Joining the rowing team helped me in ways I never would have guessed. I’d like to say we always came out on top in regard to the financial strain and unlucky streaks, but there would always be some new and unprecedented challenge to overcome. Despite our misfortune, we held our own against D1 teams and often beat them. I learned to accept change along with all its ups and downs, even if those downs took us literally down into the lake. Though I’d frequently ask myself, “How did I end up here?” as I’d watch the water pool around my ankles and rise to slowly envelop us (this has happened twice so far in my rowing career), I wouldn’t have it any other way. Don’t be afraid to shake things up. 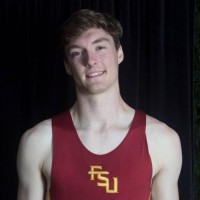 10 Events in Los Angeles that Give Us Major FOMO
Next Post: Top 10 Monthly Subscriptions For College Students