You’ve been deemed worthy of planning one of the best nights of a friend’s life. Lucky you because this has been the moment you’ve been training for since you were a freshman. Let the planning commence!

One important word for starters: Uber. Let’s be honest, no one should have to be the DD at a 21st birthday party; get an Uber. Don’t want to spend that money? I don’t blame you, which is why you invite someone who has never used Uber before to this party. The first ride is free.

Next, set up a plan on where to go because let’s be real, someone will get separated from the group at one point. This happens on normal bar hopping nights, so imagine a 21st birthday bar hopping extravaganza. You don’t want five people walking around downtown asking who has seen Kelly (Kellys always tend to go missing).

That’s why you and everyone else going should get with your friend who is finally turning 21 (hallelujah) and set a plan as to what bars everyone will go to and where you all will meet at the end of the night, just in case people go off on their own. Choose some bars that maybe your friend has never even heard of before, or always wanted to get into but couldn’t. Suggest some diverse places, so you all aren’t stuck at one type of place for too long, such as a bar with arcade games or karaoke. Does your friend even dance? With alcohol that will always be a yes. Take her to a dance club; let her get some of that 21st birthday energy out!

Also, get an item that announces it is her 21st birthday. Yes, be cheesy, this only happens once in people’s lives. Get her a sash, a hat or a kazoo; it doesn’t matter because once she’s drunk she’ll rock it and thank you for it.

Uber, bar schedule, accessories – what’s next? You need to be ready to help your friend last throughout the night. No one wants to get too drunk within two hours of her birthday and have to go home. Being the good friend that you are, you should be ready to help your friend stay at a comfortable level of drunkenness without her getting sick. Just don’t let her become Lindsay Lohan during the night and she should be fine. I recommend fitting a trip to Chipotle for tacos in between bars and constantly suggesting water throughout the night.

Phones are also important during this kind of event. Take a lot of pictures and keep the Snapchat game strong throughout the night. Make sure you keep your phone on you at all times and the battery charged because you never know what could happen (Kelly is missing again?).

During the rest of the night, be prepared to take care of your potentially wasted friend. Yes, this means anything from carrying her shoes to holding her hair back. We have all been there: 21st birthdays know no shame.

Most importantly, make sure to not let your friend go off with strangers. This happens too often. I call it drunken friendliness syndrome. Gauge your friend’s capacity to make good decisions and stay out of sketchy situations.

Now, you’ve taken care of the ride, the schedule and even your friend(s). What’s next is the aftermath. If you’re the wonderful friend that I know you are, you’ll take care of your newly 21-year-old friend the next day. You’ll be a goddess in her eyes if you make her breakfast and give her something for her headache. Assure her that the pounding she feels will go away eventually, and that she wasn’t too crazy last night. Also, let her know you did find Kelly, and she’s good.

Tell her that a shower, Netflix and some Gatorade will do the trick, and that she will feel much better in about an hour. Then, take her out for mimosas. 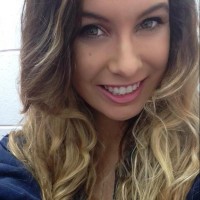 Nature lover, video game nerd, and writer. Senior English major at the University of Florida getting ready to head to law school and change the world.