You are here: Home / Life / Why Niceness Can Be Toxic AF

I’ve always been the nice one, the one who always said yes and put everyone’s needs before hers. In third grade, I switched schools. As the new girl, I made it my mission to make new friends. As an outgoing and bubbly child, it didn’t take long for me to achieve that goal. I took pride in knowing I was the nice one, yet it made me quieter and more reserved. I did everything I could to retain that title. I’d smile at everyone and strive to be the peacemaker. I thought that being too brash would take away a vital element of my identity.

When I went to high school, I grew more as a person. I also became more outgoing and passionate about my interests. I somehow managed to trick myself into thinking that I wasn’t going out of my way to please everyone around me. In my mind, because I didn’t blatantly hide behind books, I already seemed like a stronger person.  However, people still knew me as the “nice girl” and I again took pride in this. Soon, the issues that came with this title began to show. Whenever I tried to stand up for myself, people regarded it as out of character and just part of a bad mood. If I ever tried to show that I wasn’t a pushover, no one took me seriously because of my reputation.

One of my classmates began to take advantage of my nice behavior. For every AP U.S. History assignment, he’d ask me for help editing and coming up with ideas. Soon I practically wrote his outlines for him. But I grew annoyed with this one-sided arrangement. While helping him one day, I told him how it was unfair to me and that he needed to do his own work. Instead of taking me seriously or apologizing, he became passive aggressive and told me we’d just finish our work once my mood improved. It soon came to the point where I’d stay in harmful situations just so I wouldn’t have to deal with the hurt of others not taking me seriously.

After graduation, I took the easy way out and “just happened” to lose touch with people who weren’t beneficial to me. I never really learned to stand up for myself. Soon, being too nice turned into an issue when I started college that fall. But despite my fears of not being happy due to my niceness, freshman year turned out amazing. I made some really great friends and memories. People still knew me as the nice girl but it didn’t bother me here. No one saw nice as a weakness, and no one took advantage of the fact that I seemed naïve. Most of the time my friends helped me to spot the distrustful snakes around campus.

It wasn’t until sophomore year that I started realizing that I had a toxic friendship. I let issues go too easily and she seemed to fixate on small problems. The main issue stemmed from the fact that we never spoke about our problems. Most of the time we’d just grow quieter. Once it wasn’t bothering us as much, we’d pretend nothing had occurred. Of course, this became an issue as we spent more time outside of class together. Let me tell you, constant contact kills. You cannot have classes with, constantly text and always hang out with one person and expect to never have issues.

When these issues come up, you can’t let them roll off your shoulders and expect that you can fix your relationship by apologizing for things that aren’t your fault. Instead, it made me wary of every interaction. Whenever I believed that she felt upset with me, I’d think back to our recent interactions and dwell on anything I said that might’ve been unintentionally hurtful. I began to walk on eggshells around her, and I didn’t know how to approach her about any of our issues. I became afraid that if I brought up the issues I’d appear unreasonable or that it would drive us apart.

Our falling out happened slowly. After a brief spell where this friend ignored me, I decided that we should take a break from each other. Still terrible at confrontation, I allowed us to drift but I didn’t hide how I felt. We stopped texting and talking, yet due to our mutual friends we still occasionally saw each other. Unfortunately, this drifting came with some guilt. That guilt didn’t come from my fear of ending of a friendship, but from my belief that there was something wrong with me. If the “nice girl” couldn’t retain a friendship then clearly I wasn’t as nice as I believed, right?

It took a while, but I realized that while niceness is important, it caused me to ignore vital warning signs and disregard myself. Putting yourself first isn’t mean, but an element of growing up. This doesn’t mean you should disregard others. Instead, it means you should understand when something is unhealthy and know when to walk away. Staying in a bad situation because you believe that it’s the nice thing to do is always the wrong option. At the end of the day, ending toxic relationship saves both parties.

Recently, we began speaking again. Before leaving for the summer, we finally acknowledged all the issues in our relationship. Since we never had an honest conversation about how we felt, I never realized that my constant niceness and inability to speak about my feelings created a toxic environment for her as well.

The takeaway? Relationships are a two-way street, including the negative ones. More importantly, there’s definitely such a thing as being too nice. 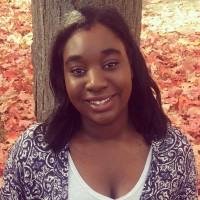 Tiara is a junior at Trinity College studying English and Public Policy. She loves music, animals, succulents, and faking it until you make it.

21 Impossible Would You Rather Questions That’ll Have You in Tears
Next Post: 10 Off-Campus Spots to Escape Foggy Bottom When You’re Bored AF