You are here: Home / Career / How to Avoid an Interview Bomb

Like death and taxes, you just can’t avoid interviews. Whether for college admission, an internship or a job, you’ll face a nerve-wrecking interview firing squad at some point or another. Interviews come in all different shapes and sizes. Some are cool and casual while others are strict and formal.

Although I try to forget, the memory of my first interview fail is permanently engraved in my memory. I was a freshman eager to get involved on campus, so I applied for a student government position. To say I was unprepared for this interview would be an understatement. I never interviewed prior to this and the only tip I knew was to be on time because, well, duh.

I took that advice a little too seriously and ended up sitting and waiting for over a half hour. Thirty painful minutes sitting in a quiet waiting room, watching the minutes tick by like hours. Naturally, I decided to pass the time by focusing on my nervousness and unpreparedness, so by the time they opened the door and called me into the office, I was doomed.

The questions were pretty basic, but I was too nervous to form a coherent sentence. I even struggled to tell them my name and major. In short, I never wanted to get up and run out of a room so badly. I even remember cringing at some of my own responses. But I survived. I can look on the bright side and say at least I know what not to do.

If you’re lucky, you’ll handle interviews flawlessly and a flood of offers will come your way. If you’re human like the rest of us, you’ll get nervous, panic and probably bomb at least one or two. It’ll be terrible and you’ll probably flood the room with your sweat. Here are some tips for avoiding an interview bomb, or if you’ve already messed up once (come on, don’t be afraid to admit it), how you should approach the next one.

We’ve all heard this tip before, but most of us don’t actually follow through with it. Skimming a company’s website an hour before the interview won’t get the job done. Spend a few hours really reading the content and taking some notes. Treat an interview like an exam. You wouldn’t take an exam without studying first, so don’t go into an interview unprepared either. Really knowing your stuff beforehand will boost your confidence.

You can’t predict the exact questions that you’ll be asked, but you can practice ones that are most common. A simple Google search can tell you the most popular interview questions, such as the dreaded “tell me about yourself.” If you’re interviewing for a job or internship check out some industry-specific questions. These typically involve past experience, being a team player and future goals. Get answers to these questions down pat. You can also check out the company on Glassdoor to see how interviews went for past candidates. If you know what to expect, you’re less likely to bomb from nerves.

Many schools have career resource centers that can guide you through your next interview. If you can, schedule a mock interview. This process simulates a real interview and the whole thing is recorded for you to critique later. Seeing yourself in an on-camera interview sounds painful, but you’ll never make the same mistakes again.

Some only wear the color purple because they think it’s the color of success. Others eat exactly seven scrambled eggs beforehand because it’s their lucky number. We don’t suggest getting too worked up about it, but having a pre and post-interview routine can help. Get up, take a shower, eat a good breakfast and go about your day. Do whatever you do on any other day. If by chance you do eat seven scrambled eggs every morning (who are we to judge?), keep it up. Just don’t think about your interview too much and it will go much smoother.

Dressing well (and appropriately) for your interview can really give you that necessary ego boost. Think Anne Hathaway in The Devil Wears Prada. Wear an outfit that you feel good in, but make sure you don’t under or overdress. Wearing a suit to an interview at a start-up where everyone wears sweat pants probably isn’t a good idea. It also shows that you didn’t really do your research.

Take a second to relax. It’s natural to be nervous, especially if it’s a big interview. Do some breathing exercises or listen to relaxing music beforehand. This will calm your nerves and make you at least appear ready to tackle anything. Fake it till you make it, right?

7. Arrive Early…but not too early

Learn from my mistake and get there early, but don’t camp out an hour beforehand. It’s typically best to arrive 10-15 minutes early, so make sure you plan ahead. If you run through the door at the last minute looking flustered, the interview is already off to a bad start. If you’re early, grab a coffee or do some breathing exercises. Once you get there, stop looking at your watch. It will totally freak you out.

Most of us dread the awkward pause, and for good reason. But a quick pause before an answer is much better than rambling your way through a question and not really answering it at all. If a question catches you by surprise, it’s perfectly fine to take a second and think about your answer. In fact, it shows composure and maturity, two desirable qualities in a future employee, intern or student. Just remember, this is a conversation, not a test.

All interviews have awkward moments. Just don’t let the awkwardness get you down. If things get off to a rough start, remember that there’s still time to recover. Take a deep breath or sneak a drink of water to pause the conversation and give you time to restart.

If you followed the above rules and things still didn’t go as planned, don’t get too worked up. You should treat every interview (good, bad or ugly) as a learning experience. Interviews only get easier the more you do them. So even if there was no offer at the end, look at it as great practice. Even the best interviews can’t get you the job if there was somebody else more qualified.

Even if things didn’t go your way, make sure to thank your interviewer and keep in contact. It’s natural to be mortified and never want to see them again, but there could be another opportunity in the company/school/organization you’ll want to apply for later. 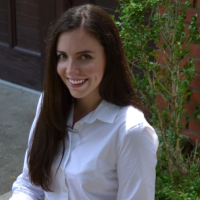 I'm currently a Junior at the University of Florida where I study Psychology and English. I'm a writer, blogger, professional online shopper, and a serious Netflix lover.

Everything You Need to Know About the Queer Community at Penn State
Next Post: 10 Classic College Meltdowns