Well, that’s all she wrote.

But really, J.K. Rowling wasn’t kidding. The Harry Potterseries we know and love came to an end during the summer of 2007, rupturing hearts, melting minds and most importantly, bringing magic to life for the last time.

However, the Harry Potter book series has come to life in another way over the past 10 years or so — through movies.

Billions of dollars, two Dumbledores and four directors later, Harry Potter and the Deathly Hallows Part II premiered last week, finishing the saga once and for all.

But it hasn’t been the easiest of times for the directors, producers, writers, actors and really anyone involved with the production of the movies.

There has been uproar of fan backlash in regard to the accuracy of the movies in relation to the books.

“I think overall the movies provided satisfactory information,” Bucknell University sophomore Tom Carle said. “Fans understood especially in the early movies that all the information could not be included because the books were just far too long.”

The final chapters of the series have shown more favorable ratings among moviegoers and critics alike.

“I did think it was important that the final movie was separated into two parts to show almost every detail of the book,” Carle said.

Molly Weasley took out Bellatrix LeStrange. Neville Longbottom killed Nagini. Harry Potter learned the truth about Severus Snape and his connection to Lily Potter, Albus Dumbledore and Voldemort himself. The last movie managed to include practically everything.

Is it finally time for the Harry Potter movie series to receive recognition from the likes of the Academy Awards or the Golden Globes?

“In the past, I feel like the Harry Potter movies have been strong in some aspects of movie making, and have been weak in others, but with this last movie, since it is the last movie of the series, they did go all out and created a movie that had all of the above: the music, storyline, cinematography, art direction, acting, etc.,” Arenas said.

Arenas was conflicted on whether she enjoyed the books or movies more.

“I love the movies because I can visually see the books come to life, but the books definitely are more in depth and have a lot more detail to plotlines,” Arenas said.

J.K. Rowling recently made a promise to fans that the Harry Potter books will live on through a new interactive website called “Pottermore.” The website will allow fans to re-read the books digitally, receive answers to questions and enjoy visually creative components. 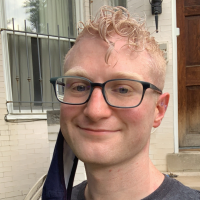 Disastrous Sex Stories: From the First Time
Next Post: Moving Off Campus: Pros and Cons