You are here: Home / Life / Academics / Finals / An Open Letter to My Group Project

Here is an open letter to that group project.

I know that my professor did not have bad intentions when he put this project together. Most college professors, if not all, really do not intend for things to go wrong among students. They think by implementing the skills of collaborating that students will gain the necessary skills to graduate. However, everyone would benefit if professors took a moment to weigh the pros and cons of group projects before assigning them to students.

At the very beginning of the semester, on syllabus week, my political science professor announced a rather large final PowerPoint presentation that would be due at the end of the class. The entire class grimaced and groaned as he explained the details in the most simple way to ensure all students understood.

As the class went on, he gave us assignments pertaining to the final project. He even assigned our group members to avoid the stressful process of finding them on our own. My naive professor figured that if he were to assign students individual tasks within the project and gave us time to gather during class, the process would be easy.

Boy was my professor wrong.

The group project rapidly approached and nobody took the initiative to reach out to each other. About two weeks before the project was due, one student in my group reached out over our online class portal, Canvas. She asked for contact information so we could collaborate as soon as possible. She gathered all of our information but the communication never went further than that. A few days went by and I felt myself becoming anxious about the project. One day before class, I sent her a message to ask about making a group text so we could get started on the project. And thus, our group chat began and all hell broke loose.

With about a week left, every student expressed disinterest in meeting in person. They refused to work on the project, putting me back to square one with an incomplete group project and a daunting deadline. Instead of getting the professor involved and causing any problems, I knew what the inevitable outcome would look like. I would have to step up and be that annoying, bossy girl who pushes everyone to meet up for the project.

With 48 hours left until the deadline, anxiety got the best of me and I sent a rather risky text.

The message explained the approaching deadline and that we needed to come together as soon as possible. Only one out of the six students in my group agreed to meet with me. When the other students refused to show up, we angrily decided it was time to finish it ourselves. We sat in our school’s TECH Center for hours, almost pulling an all-nighter. We not only did our own assigned work, but we completed everyone else’s (if my group members are reading this, you’re welcome for the A we all received).

Looking back, I should have said something to my professor earlier.

But I feared repercussions for waiting so long to reach out to my professor and group members. That’s not even the most upsetting part, though. I did all that I could to get other students to work on the project and no matter what I did, they just wouldn’t do their part. Now that the project is out of the way, I cannot help but be happy to put the project behind me. At the same time, I am upset that other students couldn’t find it within themselves to help out. The amount of work assigned to six people was done by two, in one night because of their laziness.

The point I’m trying to make with this letter this unfortunate example is that group projects in college have little to no benefits. I am not saying this because I do not like working with people, because I really do. I am saying this because all the work gets pinned on people who actually care about their grades. If professors want their students to learn to work together, then every student needs to contribute and try to work as a team.

The One Who Did All of the Work 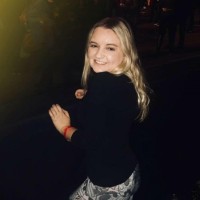 I Chose My College With My Heart
Next Post: The Toll Cocaine Takes on College Students and Beyond